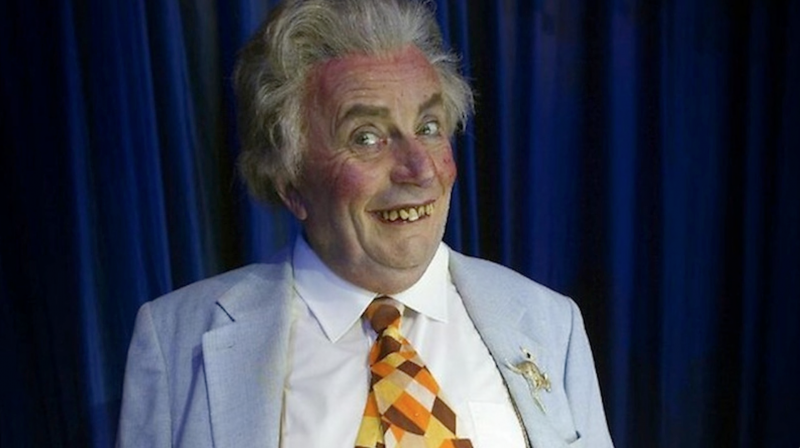 When Margo Kingston asked me to consider writing a regular arts column for No Fibs, I thought she was pulling my leg, simply because art and politics didn’t seem like a natural blend.

The one time I was part of a policy discussion for a state election campaign, when we got around to considering the arts, someone reminded us of Sir Les Patterson, Cultural Attache and Minister for ‘The Yartz’.

We all had a laugh, and The Yartz got slotted under some other subheading, which is why I have come to the conclusion that the arts belongs on No Fibs somewhere between the black sheep and Sir Les. If you work out where that is, let me know.

An opportunity to see what arts writing can achieve in the hands of artists.

Inspired by Margo, I’ve explored a 12-month plan of arty subject matter, and I’ll edit arts writing submitted by citizen journalists, which is what No Fibs is all about.

We’re calling the column ‘Creating Waves’, because we want it to push the envelope a bit, and I’m also looking forward to writing about the arts from an artist’s perspective.

I am an artist. There, I’ve said it. Roll the polemic, cue the manifesto.

Actually, this black sheep is not about to start bleating, he’s going to start dreaming. My only real beef is that artists have gotten into the habit of allowing others to speak for us, and in the social and new media, this stands to leave plenty of artists and their work behind.

I have been a practising artist for three decades – an illustrator, designer, director, writer, producer, actor and now a journalist, because I believe there is an art to quality journalism.

Writing is probably my strongest suit, and it comes naturally, but for years I failed to get paid work as a writer. Waiting around led me into very strange country, primarily to shape corporate fantasies for big companies. Not art, not by a long shot.

In 2008, 21 years after I left a very expensive school which taught me little about being an artist, I finally learnt for myself that in order to be a writer, I just needed to start writing.

I figured that as an art form, writing was something nobody could stop me from doing. I just had to create great content. How it would get out there was a question I should no longer waste time answering. I had to trust that a pathway would become apparent as I was writing.

I started on a play and feature articles (some were picked-up by the mainstream print media), then added a novel to the mix, then another play, and landed a job as an editor required to write regular feature articles.

When that 2-year contract was not renewed due to a decline in advertising revenue, I started a blog, and committed to writing on it every week. The publish button has provided a great panacea for my need to be read, but I can’t help feeling there is a lot more to be had from online publishing.

We are creating at a time when old media paradigms are shifting and reinventing themselves, which comes with plenty of economic pain and ego bruising challenges. Arts communities are making the same transitions, simply because audiences, readers and consumers are accessing art in an increasing number of platforms that traditional marketplaces cannot capitalise on unless they evolve.

When my first play went through the development process with a theatre company for more than three years, and it still didn’t make it onto the stage, I got frustrated enough to see if there was such a thing as YouTube for theatre.

Turns out there is, and it’s growing exponentially, using live streaming, a technique developed for corporate conferencing, but now distributing performing arts to the online community.

The real impact of this movement lies in the realisation that performing arts don’t need to be streamed from a traditional theatre venue.

Suddenly the world seemed a lot smaller; Australia’s theatre companies weren’t such powerful gatekeepers; the script-based content I’d been sweating over had a new platform; and an Australian playwright writing about foreign subject matter didn’t feel so isolated.

Within a few short years, E-books have gone from an industry laughing stock to a viable means of pursuing a career as a published author. While I edit my novel, the possibility of self-publishing hangs temptingly in my consciousness.

Not long after I started tweeting I stumbled into writing for No Fibs, which has shown what political writing can achieve in the hands of voters, not politicians and their mainstream media mouthpieces.

Now we have an opportunity to see what arts writing can achieve in the hands of artists.

I will be covering topics on all art forms – nothing is off the table. If you want to review plays, movies, exhibitions, or write about your own arts practice, check out the citizen journalism training drop-down menu for No Fibs submission guidelines, and please submit.

You’ll also need to be on Twitter, which is how you’ll contact me if you’ve written something you’d like No Fibs to consider publishing. Find me @burgewords

Practice, because artists need to create art, no excuses (no fibs!).

Policy, to discover what the Abbott Government has in store for artists, since we designed the campaigns, but didn’t make it into any three-word slogans.

Access, because all artists want to be where the action is.

And innovation, because it’s already shaping the artists’ new world faster than you imagine.