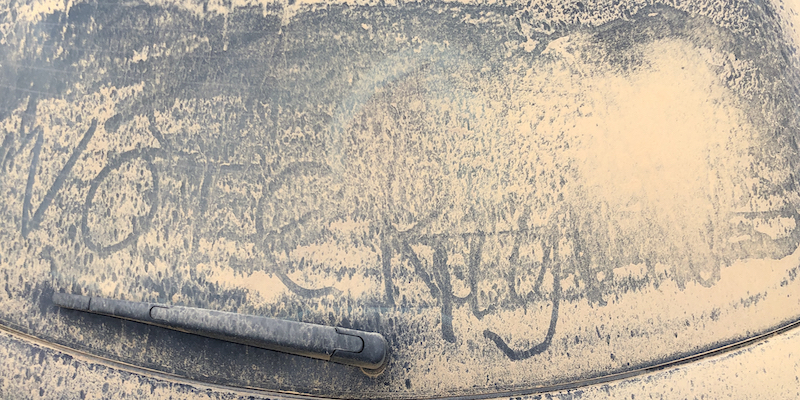 I’ve been to a few election campaign launches over the journey: some slick, some frankly embarrassing, but I’ve never been to one like this.

The Independent Voice for Mallee, Ray Kingston, chose the local bowling club at Rupanyup during the Dirt Music festival to make his case to be the next MP for the electorate. You can watch the whole speech here, it runs for less than 15 minutes.

Before I get to the launch, a word about Dirt Music: it’s a free, deliberately small music festival held at a number of venues at Rupanyup, ‘a town with a pulse’ between Horsham and St Arnaud. Performers from around the district get up and give it a go.

A local teacher had a crack at Gotye’s ‘Someone that I used to know’; a farming neighbour played his own stuff which is surprisingly good, and a certain would-be parliamentarian and his wife gave Tom Waits an airing and finished with his own song about how cool it is now to be a banjo player. Who knew, right?

Just another one of the many little town events that boost a local economy, enhance community and surprise outsiders who may stumble across them.

Then it was time for Ray to officially launch his bid to win Mallee. What was abundantly clear is the difference between the future he sees for Mallee and what the Nationals would like to continue dishing up.

Outsiders… well, city folk, were one of the main themes Ray raised in his speech. There’s no question the relationship needs work but there is a stark contrast between what Ray wants to achieve and what National MP Barnaby Joyce was saying when he was in town a few weeks ago.

As I’ve toured the electorate I’ve been increasingly moved by just how voiceless country people can feel. And it’s got me reflecting that in representing Mallee I need to be very conscious of finding ways to tell our story to a city audience. Because in reality, this is a democracy and they’ve got the numbers. We have to try and avoid romantic stereotypes and the temptation to sneer at city people for not knowing where milk comes from for example. And I understand that ignorance can be frustrating but once again they’ve got the numbers. So I believe I need to work very hard to present the modern and real face of Mallee to Canberra and win the hearts and minds of urban Australia to our needs.

All the stuff in his life has come in from somewhere else on a boat… even your own lives and some person out there must be putting something on the boat and sending it in the other direction to sustain that… and that is why it is so important that we support the rural industry because guess who puts the stuff on the boat? It’s all you evil farmers, the evil irrigators, the terrible coal miners, terrible iron ore miners, all these terrible people supporting the life that sustains our nation.”

It’s a pretty clear choice. Actually, try to solve the problem or keep buying into the Nationals’ siege mentality narrative which has allowed them to underperform for years and still get elected.

The Murray-Darling Basin is another massive issue in Mallee and too important to be left to the politicians.

The Murray Darling Basin Plan is a sad mess and the risk of further damage to the environment, local economies and national food security is very real. The Plan needs to be paused and carefully reviewed before any more steps are taken and there needs to be a federal Royal Commission. There are people out there who need to be made accountable.

The last line is key because while a just and equitable outcome is essential it is also imperative that those who played fast and loose with this issue face the consequences of their cavalier behaviour.

Before I let you go let me just say this.

With all of your help, we’re about to let Canberra, in fact all of Australia, know that Mallee …

Will not be taken for granted.

Will not be ignored.

We are a vibrant and productive part of the world.

We have more than earned our place at the table.

We deserve to be listened to.

And we deserve the services and infrastructure that most of Australia takes for granted.

One of the farmers who was there said those lines gave him “goosebumps.”

This is what we have been waiting for, and judging by the reaction to the speech, live and on social media, a lot of others have been as well.