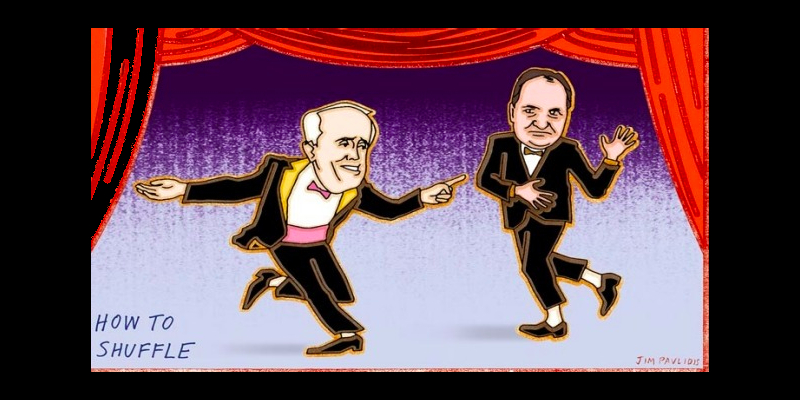 What was Warren Truss thinking when at a recent media doorstop he singlehandedly emasculated the National Party in Victoria? For that matter, what was Sophie Mirabella thinking when, during this same media event, she deposited six years of her career in the ”can’t actually deliver” bin?

Warren Truss, in the final weeks of his National Party leadership, visited the rural Victorian seat of Indi held by Independent MP, Cathy McGowan. Once considered a safe Liberal seat the Nationals are fielding a candidate for the first time since 2001. Truss was there to support the Nationals candidate Marty Corboy and was accompanied by Victorian Nationals Senator Bridget McKenzie. The Liberal candidate, Sophie Mirabella, was in attendance during the media component of the visit. The message Truss put forward at the doorstop was clear. Independents can’t deliver because they are not where the decisions are made. Only a member of the government could deliver for Indi. Truss went on to encouraged National Party supporters to “return Indi to the government benches” and told them this could be achieved by voting for either of the two Coalition candidates.

The relationship between the two Coalition parties has been contentious at times in Victoria. In 2006, Nationals Senator Julian McGauran to the Liberal party. The then Nationals leader in Victoria, Peter Ryan, accused federal Victorian Liberals of being complicit in McGauran’s change of party which resulted in the Nationals losing a front bench ministerial position.

Much to the anger of the Nationals the Liberal Party ran a candidate in the federal  seat of Mallee in 2013 and in the state seat of Euroa in 2014. Mr Ryan claimed the decision by the Liberal Party to run a candidate in Euroa was contrary to the Coalition agreement and was a repeat of the contest for Mallee “which led to open warfare between the parties.” The Benalla branch of the Liberal Party accused the Nationals of deliberately undermining the Liberal candidate’s campaign in Euroa and proposed changes to the Coalition agreement that would see a significant reduction in the Nationals’ representation in Victoria. Sophie Mirabella’s own published commentary on the Nationals post the Victorian election was less than conciliatory and reflected the dichotomy between the two Coalition entities in Victoria.

During his visit to the rural electorate Truss attempted to smooth over the troubled Coalition waters in Victoria by preaching unity and common cause. The Independent is the foe and a vote for the Coalition is the weapon of choice. However, by failing to find a point of difference between the Coalition parties Truss, ten years on, seemingly validates McGauran’s view “that there is no longer any real distinguishing policy or philosophical difference between The Nationals and the Liberal Party in Victoria at the federal level.”

Effectively, Truss told the electorate – One party, two candidates, either will do. As Michelle Gratten observed in her article in The Conversation “This had Truss looking like the country boy at the B&S ball trying to dance with two partners simultaneously.”

Indi voters have been left with a popularity contest between the Coalition candidates but asking the question why vote for the junior Coalition party when the senior is more powerful? Traditional National voters may also remember that McGauran, amongst others, advocated for the merger of the Nationals with the Liberal Party in Victoria. Disaffected National supporters who voted for the Independent, Cathy McGowan, over the Liberal incumbent in 2013 are unlikely to be reassured by the message Warren Truss delivered.

During the media doorstop the Liberal candidate supported Truss’s advocacy of the Coalition and extended his thesis of the ineffectiveness of Independents to include all non-government members saying “an Independent member, just like a Labor member, can’t actually deliver anything in a Coalition government.” When questioned Mirabella denied Cathy McGowan had been successful in achieving considerable Mobile Black Spot funding for Indi arguing that it was “quite nonsensical” for any non-government member to claim credit for funding because the government determines “where funding goes and how it happens.”

If we were to follow the logic of this argument to its natural conclusion it would have Mirabella and her Coalition colleagues completely redundant for the six years they sat on the non-government benches. This is not likely to be a position they would agree with and nor would it be correct. Whilst non-government members are not in the party room they do contribute to the shaping of government policy through the bipartisan committee process and all members of both houses of parliament determine whether a policy proposal put to parliament does in fact pass into law. The cross bench and opposition members are intrinsic to these processes.

First and foremost, however, a member is responsible for communicating to the government of the day the particular issues in their electorate. Government ministers have oversight for their portfolios but they require members to identify and advocate for the needs of their electorate so they can properly do their job and apportion funding and resources according to those needs. Effective allocation of funding and project implementation is the outcome of good governance rather than government.

Works currently being carried out Indi under the government’s Mobile Black Spot Programme will eliminate nearly 200 of the 293 black spots nominated in Round One in 2015. Cathy McGowan talked to No Fibs about Indi’s successful Round One application and her conversations with the then Minister for Communications, Malcolm Turnbull.

The need was great and then the process worked…I went and said thank you to Malcolm for it and he said, look you don’t have to thank me, it was scientific and objective and there were no whiteboard moments…you know you guys fitted the category…it was done on need. What I love about the job is you can actually work with the government, you don’t have to do pork barreling.

In January of this year, Cathy McGowan made a further submission to the government identifying 42 black spot locations in the Round Two nomination process. In addition, the new Minister for Communications, Senator Mitch Fifield, asked the Member for Indi to identify the three highest priority locations. The locations were chosen in consultation with local councils to identify areas of greatest need.

Having an MP on the government benches does not necessarily guarantee they will be able to deliver to their electorate, as the constituents of the prime agricultural seat of New England in NSW discovered. In spite of their member being the Minister for Agriculture, a member of Cabinet and the then deputy leader of the National Party, and in spite of being opposed to the decision himself, Barnaby Joyce admitted he was powerless to prevent government approval of the Chinese owned Shenhua proposal: a $1.2 billion project that would see a farming region swallowed by an open cut coalmine larger than the city of Sydney.

The negative campaigns conducted by the Liberal Party in Indi in the 2013 federal election and by the LNP in the 2014 Queensland election denounced Independents as synonymous with “Division, Chaos, Instability”. In both instances the campaigns were unsuccessful alienating the voters they sought to attract. 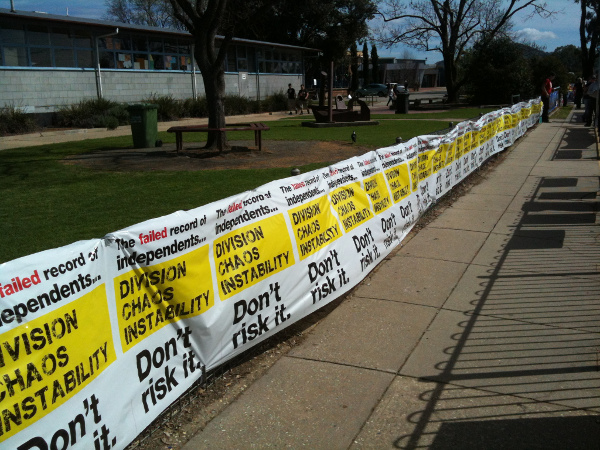 Whilst modifying the message to some degree the same negative aspect was apparent in
the Truss doorstop. It will be interesting to see what the newly minted leader of the Nationals will do if he accepts the invitations of both the Indi Coalition candidates and visits the electorate. Undoubtedly familiar with the historical nuances of the Bachelor and Spinsters Ball who will Barnaby Joyce have on his arm for this country two step?
Click Here
And LISTEN To
The Cupid Shuffle