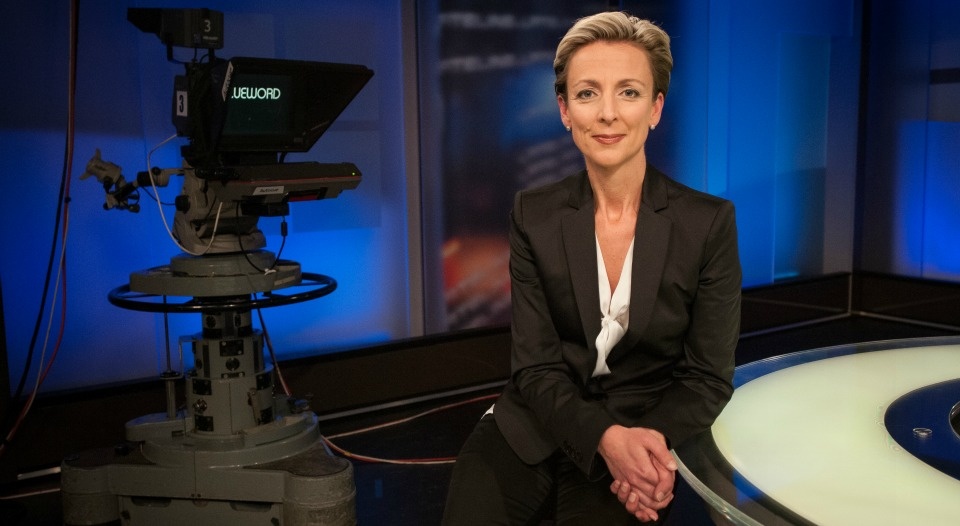 Director of News at the ABC, Kate Torney Courtesy ABC via Globalmail.org

Kate Torney, director of news at the ABC, says she welcomes new news media players into the local scene, celebrates constant change in the news industry and affirms the bedrock principles of a publicly funded news organisation as the digital revolution gathers pace

Torney has been director of news at the ABC since 2009. She is hardly a household name. Yet she is leading the news division during an era of unprecedented change in news gathering and distribution at the national broadcaster. Her daily influence is not overt but it is culturally significant.

“Building the future of the ABC is about building agility into our thinking,” she says. “We will constantly be changing. The changes we are introducing now are the tip of the iceberg”.

Those shifts include providing a publicly funded 24/7 television news service in competition with Sky News and the recent fundamental re-structuring of the ABC’s Sydney convergent newsroom to meet the cross-breeding demands of the emerging digital news media epoque.

The ABC has just made another digital move with its new mobile news app.

In a wide-ranging interview with the Australian current affairs site Inside Story, Torney takes a “news media ecology” approach, welcoming more players into the local digital space including The Guardian Australia and potentially The Huffington Post and New York Times.

“It’s good for democracy! It’s good for the audience. … you want to be able to log on at any time to a range of sources and a variety of views and opinions and news platforms. I think the more the better in any news ecology.”

The start-up phase of the re-structured ABC convergent newsroom coincided with the 2013 Boston Bombing. Torney sees that incident and the subsequent global coverage as another of those turning points in the digital transformation of the media and journalism. And a learning moment for all news players: “I think it was a moment when a range of media outlets and social media made mistakes around coverage … for the ABC, ultimately, we returned to first principles – verification.”

Ms Torney strongly rejects an “us and them” division between “mainstream media” and social media preferring to view the complex and often “unreliable” process more broadly as “information flow”.

In the much discussed tensions between “speed and accuracy”, she acknowledges the immediacy of social media platforms such as Twitter, “We understand that ultimately Twitter and social media platforms are going to be breaking stories quicker than we can. And we are often, hopefully, going to be right there with them … and constantly with those breaking news stories we see audiences coming back for verification and coming back to a trusted brand to help understand the mountain of information you’re sifting through.”

Asked to make a prediction about how the evolution of news will unfold over the next five years, Torney agrees that what we are familiar with now in news gathering and presentation will alter fundamentally: “ … there’s just this wave to ride if you can get on it … certainly not in the next two or three years, but I see a time when the distribution of information will be completely different, there will be just so much more opportunity to tailor content …”

This fundamental difference may, in Torney’s view, eventually mean the phasing out of “linear” mass media news bulletins as evolving digital media technologies, newsroom cultures and more informed and self-assured audiences adapt to the new era.

With the looming federal election, Ms Torney rejected the suggestion that ABC journalists should “get off the bus” to avoid those “magical mystery tours” organised by political parties for staged announcements and photo opportunities: “For us the challenge will be to find compelling ways to engage audiences … it’s not necessarily all about the ‘horse-race’ but it’s about how do those policies affect individuals … we will have people on the bus, because I think there is a responsibility to tell our viewers what has happened on a daily basis, where the leaders have been on a daily basis. That’s not to say that we won’t be taking a holistic look at what the day has meant and how the day has shaped up – it’s very much why our senior people will not be on buses.”

Recently, the ABC decided to not replace Norman Hermant as the corporation’s foreign correspondent in Moscow after the ABC’s twenty-three year presence in the Russian and former Soviet capital. The news director maintains the decision was made after extensive internal analysis of reports from that bureau compared to others’ and in response to the apparently increasing demands for reporting and coverage from the Middle East. This is despite Russia’s key role in the Syrian civil war, one of the Middle East’s biggest stories. She says, however, “Now in twelve months time, we may decide to move correspondents around … but we are always accountable for how we spend the money, where we have people …”