Michelle Grattan’s best work is yet to come 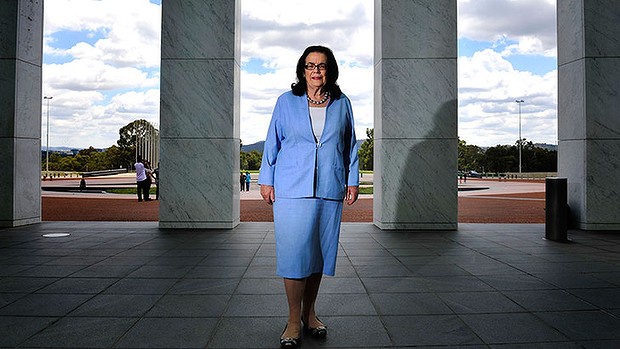 Michelle Grattan. I’ve loved her and hated her over the years. One invariably has a
complicated relationship with a great person.

Soon after the 1993 election, under pressure from then editor of The Age Alan Kohler to step back from day-to-day journalism, she left her spiritual home to become the first female editor of a metropolitan newspaper, The Canberra Times. Its owner Kerry Stokes made her promises he failed to keep, and two years later she resigned rather than accept a huge payout to leave quietly.

I was one of her journos at The Age Canberra Bureau when she took that job, and was pissed off with her for reasons that are too old to remember. I accepted Kohler’s offer to be chief-of-staff of The Age on the promise there’d be more money for editorial and that I could pick some good journos to join us. It was a lie – not Kohler’s, his bosses – so I backed out and asked Michelle for work. She said yes.

Here’s what I wrote of the experience in 2002, on Webdiary:

Today the Herald looks like it’s lost its Canberra bureau chief, Michelle Grattan, to The Age. It is a devastating blow. I haven’t felt so upset over the loss of a colleague since Michelle left The Age in the early 1990s to become editor of the Canberra Times. I left The Age to work for her soon after, and that stint was the highlight of my career. She proved a courageous, dynamic and scrupulously ethical editor who trusted her reporters and stood by them when the heat was on. I wrote my best work under her editorship. Michelle has always been a difficult bureau chief to work for, and we have often disagreed, often intensely. She is also the most thorough, ethical, intelligent and balanced journalist I have ever met. In short, Michelle Grattan is irreplaceable. Web Diary: The quest for trust.

To me her latest move, brought on I would guess by depression as her beloved The Age became a branch office of Sydney, is her second chance at editing a paper. This one is online, and this time she is associate editor, politics. Her move, in my opinion, will come to be seen as marking the death of MSM broadsheet style print media. It’s that big. Here’s what she said:

I think The Conversation gives a new emerging voice, a new opportunity, to broaden the voices in political coverage. Diversity matters because we need many voices, as many as possible, commenting on politics, interpreting politics and I think at the moment what we’re seeing is too much concentration of voices. It’s a bit of an irony that we’re getting this concentration, especially in the mainstream media, while we’re getting the fragmentation of the media in other senses with the internet. Canberra Times: Press gallery stalwart Grattan joins university

Today I tweeted Mark Baker’s marvellous obituary of  her relationship with The Age and an interesting twitter conversation ensued. I agree with critics who say her work has declined in quality in recent years. I feel she has good excuses – staff cuts, no money, merging of The Age and SMH Canberra coverage, the 24 hour news cycle, a Fairfax identity crisis. She was spooked by the hung parliament, and has fought for air as old media fights for its very existence.

She is now free. She is preparing to tackle a project I dreamed of many years ago and began to make real with Webdiary, to harness the talent of the people to create citizen journalism. In my opinion, the job could not be in better hands.

I spoke to a depressed Fairfax stalwart today to get Michelle’s number (no answer). Don’t despair, I said, Fairfax values haven’t died they’ve just moved on.  Look, even Kookaburra‘s back.

PS: I can’t find my Sydney Morning Herald piece of Michelle’s time as editor of The Canberra Times, which ran shortly after her sacking by Stokes. If anyone has a copy, I’d be most grateful.