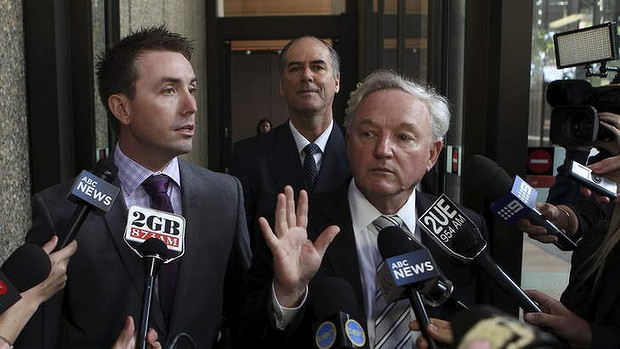 Mr Anthony McClellan followed me this morning, after I tweeted on the #Ashby appeal. His invitation to talk. So I threw him some questions and he threw me some answers. We’ve published the interview for the record here.

It is interesting that he chose to speak for Ashby lawyers Harmers on the $millions question of who is bankrolling Ashby’s case. The amount of damages awarded on court success could not cover the enormous costs involved, and perhaps not even the solicitor-client costs remaining if the Court ordered Slipper to pay party-party costs. Another mystery is why, if Harmers was carrying costs out of goodwill to poor Ashby, as claimed, perhaps tongue in cheek, by McClellan, the firm chose the most expensive and risky route possible to pursue his claim – an action in the Federal Court.

Rares judgement states that McClellan’s clients are Ashby and Doane, so why did he answer, at least in part, questions about Harmers’ funding? And what evidence does he rely on as the basis for his statements?

Naturally he chose to answer some questions and not others. He stated that he was retained by Ashby’s lawyer Harmers and has not yet been paid. He stated that Harmers were carrying the costs, and there were ‘no pledges’ of support from 3rd parties. He confirmed the truth of the Rares judgement concerning him.

‘Mr Harmer recommended that Mr Ashby engage Mr McClellan as his media consultant to handle dealings with the media because Mr Slipper would be a high profile respondent in the intended proceedings. Mr Ashby and Ms Doane engaged Mr McClellan at $550 per hour plus GST on a no win no fee basis.’

These are the questions he chose not to answer:

Whether he could guarantee that no-one else would chip in funds to cover Harmer’s costs.

Who asked Harmers to take the job.

Why he agreed to deferred payment.