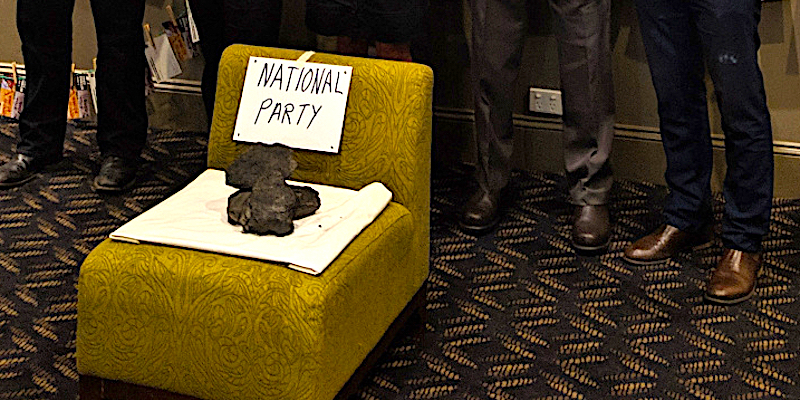 The Nationals have continued to show their indifference to young voters with newcomer candidate Pat Conaghan failing to appear at a climate forum held at the Coffs Harbour ex-services club last week in the NSW electorate of Cowper.

The Nationals candidate was represented by a lump of coal, with organiser Lissa Rusanen stating: “The lump of coal in his place represents his views, as he’s already on the record backing Adani and even denying the science of climate change.”

No question on urgency

The 90-minute forum saw candidates taking questions from the audience relating to climate change and the environment, with policies and stances on various issues the focus of discussion. Independent Rob Oakeshott highlighted his commitment to climate change action by referencing the climate leadership agreement that made national news last week.

The agreement which was brokered by the Australian Conservation Foundation and signed by seven high-profile Independents — including Zali Steggall and Dr Kerryn Phelps — outlines a firm commitment to stand against any new coal mines including Adani, a road map to 100 per cent renewable target with aims of 50pc by 2030, and to support legislation that prioritises climate change action.

Oakeshott also spoke about the devastation of climate change he witnessed in Fiji during his work with the UN’s Development Program.

“There’s no question that it’s urgent, I’ve seen the rising waters in the Pacific island nations,” he said.

On Adani, Oakeshott spoke of his opposition to previous coal mines in the Gloucester region when he was in parliament, and the lack of social will for the project.

Labor’s Andrew Woodward emphasised the importance of transition by stepping down from coal to gas and renewables in order to allow time for the economy to adapt. On Adani, Woodward stated that all aspects of the project needed to be reviewed before approval and emphasised his opposition to the project, a position that puts him at odds with Labor leader Bill Shorten, who hasn’t stated his position.

Other highlights from the night included the signing of a climate change emergency declaration by five of the candidates, including Andrew Woodward, Kellie Pierce, Lauren Edwards, Allan Green and Rob Oakeshott. UAP candidate Allan Green withheld his signature.

With Pat Conaghan’s absence and the Nationals’ continued lack of climate change action, the youth of the Mid-North coast are making their voices heard through other means. Hundreds of students marched through the Coffs Harbour, Port Macquarie and Taree city centres during the most recent School Strike 4 Climate to illustrate their frustration with the lack of climate action by the incumbent National Party members.

With high levels of youth unemployment, suicide and drug use in the area compared to state averages, combined with the Nationals’ perceived lack of action on climate change, it remains to be seen whether the youth vote will be enough to sway the election in Cowper.

But with more young people enrolled to vote this election it appears more likely than ever before. 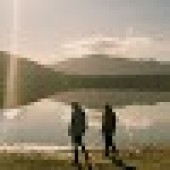 Miles is a postgraduate journalism student at Monash University, having previously completed a Bachelor of Global Studies at UTS. He has a keen interest in politics/global affairs and a passion for social justice issues including indigenous rights, asylum seeker policy and climate change action. Miles is working as an intern for Rob Oakeshott, an independent candidate for Cowper in the lead up to the 2019 federal election. As a Coffs Harbour local he is reporting on politics and issues that affect the area as well as developments from the campaign trail.