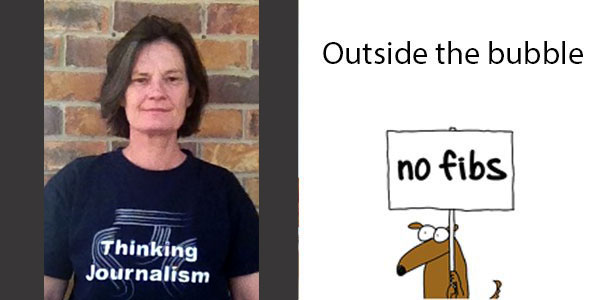 I knew I wanted to do journalism differently after experiencing the disconnect between the reality on the ground and the closed world of insider political reporting while covering Pauline Hanson’s 1998 election campaign.

My idea was to live in the north western NSW town of Bourke to report rural and Aboriginal issues outside the bubble, compare the realities with the big picture policy and politics, and question the powerful armed with that information.

Instead the Sydney Morning Herald gave me Webdiary, and from 2000 to 2005 I collaborated with readers to report, explain and investigate federal politics.

This year I returned to my vocation, practicing Twitter-based journalism in collaboration with interested Tweeps and editing No Fibs.

Thanks to a small grant from Macquarie University to research citizen journalism, my co-publisher and site manager Tony Yegles and I were able to work full-time until election day. My main experiment was citizen journalist seat reports, whereby volunteers reported democracy’s dance in the seats where they lived. Rather than being on the ground myself, several interested Australians – professional and amateur journos as it turned out – did that job under a simple template. They used their real names, pledged to abide by the Media Alliance Code of Ethics and promised to read the work of other volunteers. Tony, sub-editor Julie Lambert and I edited and published their work, and a Facebook group allowed all of us to discuss issues and swap experiences.

Indi proved the highlight of the experiment. Thanks to the suggestion of a friend, No Fibs began reporting Indi before there was national interest, and two citizen journalists – Wayne Jansson and Tom Anderson – led the most comprehensive national coverage of what became the election’s most inspirational story.

It is a story of how a few people built a genuine intergenerational community movement with an agreed vision for Indi, an outstanding example of  participatory democracy attracting left, centre and right wing supporters to elect an independent MP truly representing the people of Indi.

As a true believer in the importance of journalism to a vibrant democracy and someone who would like to play her part in imagining a secure future for my craft at a time of existential crisis, I was proud of No Fibs‘ pro-am collaboration in reporting the Indi democracy experiment.

I’ve been chilling out and rebalancing since the election – and wondering whether No Fibs had a future and what it might be. My main task now is to write a detailed report on the citizen journalism experiment for Macquarie University.

Last week, another friend took me to a conference on how people might respond to what many see as a desperate moment for the environment, and therefore humanity. I was introduced to the Lock the Gate social movement, and was struck by how much it had in common with the Voice for Indi movement.

Somehow, some way, a few people have built linked grassroots social movements in regions across Queensland, NSW and Victoria which have straddled left and right and united communities. Lock the Gate has said no to CSG miners entering properties to mine for coal seam gas, including blockades by citizens who have never before engaged in civil disobedience.

In the process, State Governments have been forced to acknowledge that there really are serious risks from such mining, and to replace an open slather mining regime with a few checks and balances.

The CSG movement has been successful so far in preventing CSG mining in NSW. The Northern Rivers region has been the major battleground – the community successfully blockaded Metgasco, causing it to withdraw. CSG was also front and centre in the federal election campaign for the seat of Page, with both the sitting Labor MP Janelle Saffin and her successful National Party Challenger Kevin Hogan pledging strong, committed opposition to CSG mining in the region.

But on 27 September, the new industry minister Ian Macfarlane blew time on, promising to take over the issue from the States and back CSG miners against affected communities. He labelled some protesters ‘anarchists’.

Mr Hogan is now in an excruciating position. He has rejected Mr Macfarlane’s claims of anarchism, saying members of the movement were “fathers, mothers, professionals, farmers and senior citizens who have unanswered questions about the industry and are therefore uncomfortable about it developing here at present”.

This decision is the strongest indicator to date that the Abbott government is indeed ‘open for business’, to the extent of overriding not only affected communities, but the Australian legal system, to further mining and big business interests. Under a similar international agreement to which Australia is not a party, a mining company has sued Canada for $250 million over Quebec’s moratorium on CSG fracking while it studies the environmental risks.

The CSG saga is a very big story about who we are, our fundamental values, and how we are governed and for whom, and it has just begun. So I can’t resist another citizen journalism experiment.

Stephanie Dale is a professional journalist who volunteered to cover the seat of Forde for No Fibs. She did a brilliant job, and I decided to personally fund her for a month to edit and co-ordinate No Fibs citizen journalist coverage of the Lock the Gate movement.

We’re looking for volunteers to report what is happening on CSG where they live. We’d also like pieces on how the movement got legs, and from people who’ve joined up on why they did and how they’ve found the experience, and…

It’s a see-what-happens thing. I’ve got a feeling that there’s a yearning by many to break down the left-right divides that enslave our political debate, and to find ways to unlock our democracy. Like the Voice for Indi, the Lock the Gate movement may show us ways to work out what our values and vision are and how to empower we, the people, in our democracy.

If you would like to participate, please contact Stephanie at @StephanieDale22. Tony will continue to manage the site and I will oversee Stephanie’s coverage as a hobby. If it’s got legs, we’ll work out a way to keep it going. 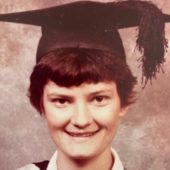