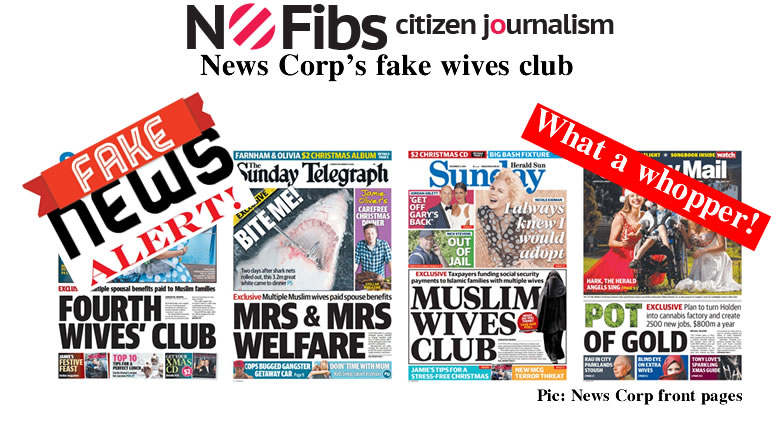 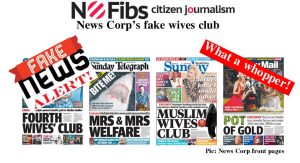 Use the table of contents menu to jump to relevant sections.

Finance Minister Mathias Cormann has labeled false the claims made on Sunday by News Corp that, “Centrelink is ignoring Islamic polygamy, paying spousal benefits to Muslim families with multiple wives in an effort to save taxpayers’ money”.

In a story by Samantha Maiden which was splashed across multiple front pages, it was claimed that, Centrelink ‘legalises’ multiple Muslim wives. The article suggested that, “The welfare agency has revealed it refuses to collect data on polygamous marriages under Islamic law, despite the fact some families are claiming to be living in a domestic relationship with more than one woman when claiming welfare.” However, Mr Cormann told Sky News that the assertion was false and single welfare recipients receive a higher rate than those in a partnership.

“The government of course doesn’t recognise multiple marriages,” he said.

SBS News also reported a statement from a Department of Social Services spokesperson.

“When granting income support, the department determines whether a payment is made at the single or partnered rate.

Eligibility is determined on an individual’s circumstances and there are no additional payments for having multiple partners.

Customers with multiple partners are assessed exactly the same as any other person, under Australian law.

The department added it did not hold data based on polygamous relationships or religion.”

The spokesperson also mentioned that News Corp had quoted unverified departmental claims from 2010.

“The Department of Social Services said the article in News Corp published on Sunday included unverified quotes from an article published 2010.”

Seeking comment, NoFibs has lodged a complaint with the Australian Press Council over Sunday’s coverage.

Please consider this complaint under the accuracy and clarity standard and the fairness and balance standard.

However, this was misleading as other media organisation such as Sky News later reported that Australian Finance Minister Mathias Cormann said this was inaccurate. Please see http://www.skynews.com.au/news/top-stories/2016/12/11/centrelink–turning-a-blind-eye-to-polygamy-.html

A spokesperson for the Department of Social Services also told AAP via SBS News that the News Corp article was inaccurate. Please see http://www.sbs.com.au/news/article/2016/12/11/anger-over-welfare-payments-wives-polygamous-marriages

In terms of fairness and balance, at the time of publishing, the allegations in the article were not presented to the Australian Prime Minister Malcolm Turnbull, the relevant Australian government minister for the portfolio, a cabinet minister or a government spokesperson.

In closing, the article was biased, inaccurate and misleading to the Australian public.

Thank you for consideration of this complaint.