NSW lets hibernating animals die to speed up Whitehaven mine, by a sad @georgefwoods at #leardblockade 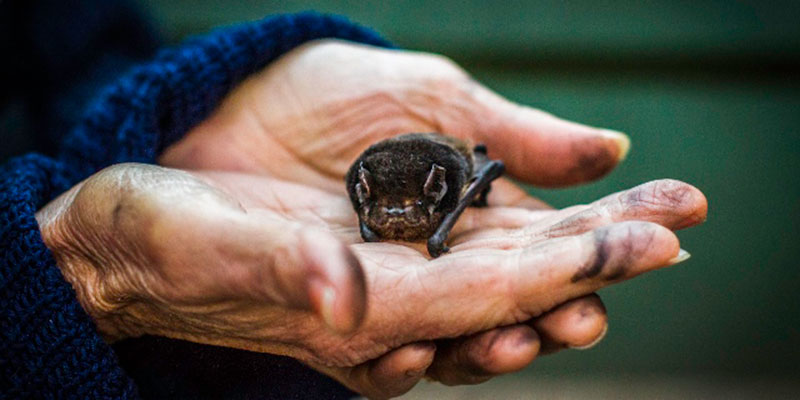 Georgina is campaign co-ordinator at Lock the Gate, and has been an environmental activist for over a decade. She lives in the world’s biggest coal port in Newcastle, NSW, and has campaigned against the coal export industry and other causes of climate change locally, nationally and internationally.

The bitter truth and the bitter cold: chainsaw surgery for the animals of Leard State Forest You can be aware that something is true, without really feeling it, and only come up against your illusions, and your naivety, when your knowledge is made real, and you actually experience the terrible truth first hand. It’s a truism in #nswpol that coal mining companies can “say anything they like before approval, and do anything they like afterwards.” It’s a pattern with which coal-affected communities are familiar that conditions of mine approvals are regularly broken and changed after approval is secured. Mines get bigger, creeks get polluted, offset deadlines get forgiven and water management plans get edited. I knew already that all of this happens, but this week, I feel it like never before. At the stroke of a pen, the NSW Department of Planning and Environment has allowed Whitehaven Coal to continue their clearing in Leard State Forest over winter, when many native species, including threatened bats, mammals and reptiles, are in torpor – a kind of hibernation. I feel it now, as well as knowing it: there are no controls on the coal industry that they can’t negotiate their way out of:  a basic condition imposed on them to prevent animal cruelty has now been lifted.

On Friday last week, the Department of Planning and Environment changed a key management plan for the Maules Creek coal mine to allow clearing to occur in Leard State Forest over winter, when many native animals will be vulnerable to injury and death. Previously, the Biodiversity Management Plan prevented clearing from taking place over winter, and other nearby mines, Boggabri and Tarrawonga, have similar conditions in place. The condition was a key part of claims by Whitehaven and the Government that threatened wildlife would be able to leave Leard State Forest when clearing took place and move into their controversial offset areas.

Instead of prohibiting clearing over winter, Section 5.4 of the Biodiversity Management Plan now has a detailed procedure for finding the bats and trying to prevent them being killed or left for dead which involves using chainsaws to perform surgery on trees where hibernating bats are found. Either that, or they’ll do a literature review:

Clearing of areas for mining will be undertaken when practicable in late summer and early autumn in order to avoid key breeding/hibernation seasons for threatened bat and bird species known to reside in the Leard State Forest.

Whilst clearing during winter and spring months will be preferentially avoided as far as practicable, it is possible that clearing into June may be required for the first year of operation of the Project. Hence, this restriction will not apply to the construction and first year of operations. Should the first year of operational clearing be likely to take place into June, the principle objective is to identify the presence of active roost/nest sites, particularly for threatened forest owls and bats in the clearing area before June (when the species’ are likely to be breeding or hibernating) and to carefully translocate animals outside the zone of impact. Follow up actions to delay or expedite clearing of selected areas should take place based on the location and abundance of captures or roost/nest sites.

Further to the above, the procedures to mitigate impacts on bat species will include one or more of the following measures:

How the Government intends to ensure that these detailed procedures are followed is anyone’s guess. My guess is that they won’t be out visiting the forest any time soon. The Federal Environment Department still hasn’t been out there to see for themselves that much of the “offset” areas claimed by Whitehaven to support the critically endangered ecological community Grassy White box Woodland is actually a completely different forest type.

And so the valiant activists of the #leardblockade are gearing up for a winter of terrible sadness and conflict. Not only is critically endangered woodland going to be cleared with the government’s blessing, it will now be done during a season that means the animals that depend on the forest don’t stand a chance. The Maules Creek Community Council has called on the new NSW Environment Minister, Rob Stokes, to intervene. He has not yet responded. There are over seventy species of hibernating reptiles and frogs, bats and small marsupials that shelter in the hollow trees and logs that are slated to be cleared. Those few that do escape the dozers will be likely be taken by predators. These include the threatened Pale-headed Snake, Little Pied bat, Corben’s Long-eared bat, Yellow-bellied Sheathtail bat, and Squirrel Glider, and the Barking Owls which begin to nest in winter: all will be subjected to displacement, injury, or death.

So far, Whitehaven haven’t done any serious clearing in Leard State Forest: they’ve been focused on constructing their rail loop, which is on farmland, not in the forest. But come June, when the animals of Leard Forest are at their most vulnerable, they will try to clear a large area of the forest for the first open-cut pits of the Maules Creek mine. You can be pretty sure that the #leardblockade will continue, and the battle to save Leard State Forest will be fought through the bitter cold, to the bitter end.