OPINION: Firing up for a power sharing #IndependentsDay 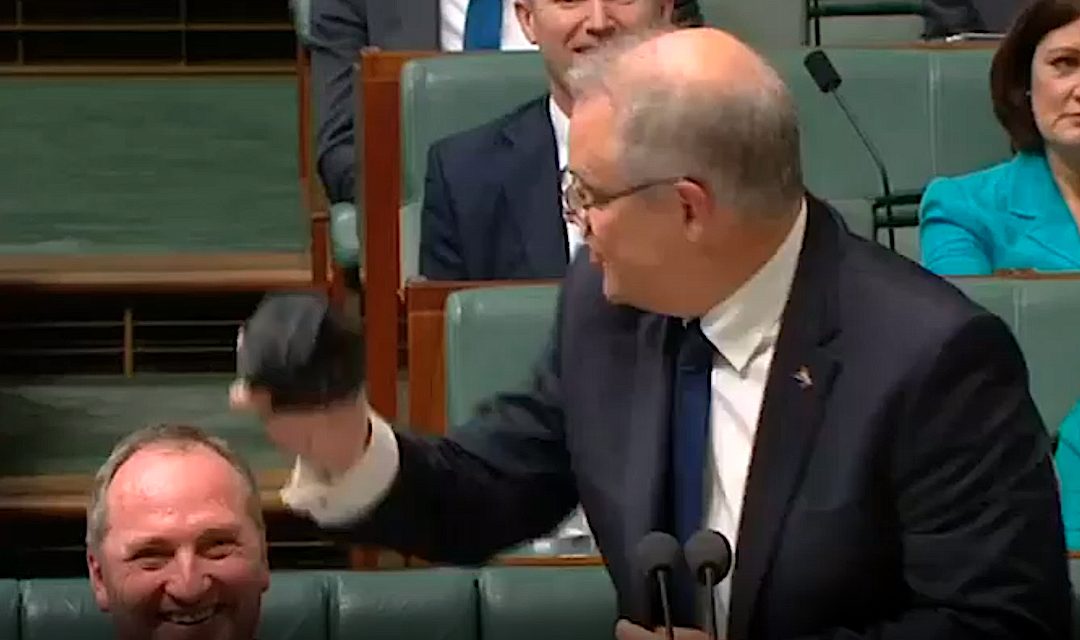 After practising as a solicitor in criminal law for six years, Margaret Morgan became a full-time author and screenwriter, writing fiction and stage and television drama. Her popular science blog won an international prize and her novel, The Second Cure, is published by Penguin Random House and has been shortlisted for a number of major literary awards. She is currently writing her next novel while also working with groups including The Truth and Integrity Project to help bring issues like climate change and governmental integrity to the forefront of voters’ attention at the next federal election.

COMMENT: AUSTRALIA HAS BECOME the poster child for oil-producing nations seeking to evade their climate change responsibilities. We’ve got a Coalition government and its media spruikers in utter denial about the enormity of the issue and our potential to change, or admitting climate change is real but claiming that as a small country we can do nothing. All the while, they’re conveniently ignoring that this small country has among the highest per capita emissions in the developed world.

But we cannot claim we didn’t see it coming.

In 2007, I went back to uni decades after first graduating. A science degree this time, fulfilling the childhood dream of a girl who used to pore over her big brother’s “How and Why Wonder Books” and whose most prized possession was a microscope.

As a stereotypically hardworking and over-achieving mature-age student, I managed to get myself admitted into an advanced biology program. It was a stream that included informal meetings with various researchers who’d chat with us each week about their recent research.

We half jokingly began to think of these sessions as our weekly depression top up. The researchers were all passionate about the subjects they’d devoted their professional lives to, eager to inspire us, but they couldn’t disguise their emotional distress about what they were observing: the effect of climate change on their ecosystems of interest.

There was the shrinking of alpine grasses and the threat to insect species dependent on them; the effect of increasing heat on the sex determination of green sea turtles, skewing the ratio of males to females and threatening their reproductive future; the inundation of sea water onto low-lying farming land, rendering it infertile; herbivorous insects developing two rather than one breeding seasons each year because of extended warm weather, leading to the ravaging of crops and forests; and shrinking glaciers and snowfall limiting seasonal river flows.

Perhaps the most disturbing change we learned about was the mounting acidity of the oceans as a result of higher atmospheric carbon dioxide. Since the Industrial Revolution, ocean pH has decreased from 8.2 to 8.1. That doesn’t sound like much, but pH is measured on a logarithmic scale. It means that on average, our oceans have become a staggering 25 per cent more acidic since pre-industrial times. For coral and species of calcifying plankton—which directly and indirectly provide food for countless other sea creatures—the consequences are dire.

Week after week, we’d hear these biological horror stories and witness the quiet frustration and despair of the scientists observing them.

One day, we were discussing whether or not there was any hope. Would the world start listening to the evidence on climate change and register the threat? Would we be able to act in time? The class was split on the question but the professor smiled and said, yes, he did think we’d get there. He believed sense would prevail.

But as I listened, I noticed his smile was a rictus. He was forcing himself to believe it because he had to. If he didn’t believe, then what was the point?

I have often thought of that desperate smile over the years of lost opportunity, presided over by fossil fuel ideologues and dupes.

Like John Howard, in the dying days of his reign, pretending a Damascene conversion to the science then later admitting—after he lost both his government and his seat—that he was just feigning it because he’d realised his government had to look like it was “doing something”.

Tony Abbott, of the infamous “climate change is crap” pronouncement and dissembling “axe the tax” mantra, and his MPs prancing with deluded glee after they killed off the ALP-Greens price on carbon; a measure that, albeit inadequate, was working.

Malcolm Turnbull, whose attempts at bringing rationality to his government were doomed from the beginning, thanks to the stranglehold of the junior Coalition partner and its now traditional constituency of billionaire miners.

And finally Scott Morrison, fondling a piece of coal in parliament, taunting the Opposition and any thinking person in the country with his grotesque: “This is coal… Don’t be afraid. Don’t be scared.”

Throughout these years, there was debate among biologists and other scientists about our job. Were we to be impartial seekers of epistemological truth or should we be advocates for change? Or could we find a way to be both? Could we find a way to retain our hope and our purpose?

Given the existential nature of the climate crisis, this is a question that’s spread to the broader community.

While the policies and attitudes of the Liberal-National Coalition have remained largely unchanged since those days of despondency in the biology museum, other crucial aspects have shifted dramatically.

Science and technology are finding solutions for renewable energy and limiting emissions unimaginable a couple of decades ago. Businesses, seeing what Morrison and company fail to, are investing in new technologies and realigning their strategies. Governments are mandating low-emission policies.

Significantly, mainstream economics is now looking at the true cost of fossil fuels, calculating both explicit (direct subsidies) and implicit (the costs of pollution, health, environmental damage, etc.). The IMF in a recent paper showed that explicit and implicit subsidies combined were in the vicinity of $US 5.9 trillion in 2020. That’s a boggling 6.8pc of global GDP.

Next time someone tells you that renewables aren’t affordable, you might ask them how, precisely, fossil fuel subsidies are?

In 2021, we’re seeing a groundswell of educated, independently minded women, largely small-l liberals galled by the inaction, sexism and complacency of the party for which they might normally vote, standing up and standing for parliament. They’re a group who have learned the power of shared anger and passion. It’s a phenomenon we’ve never before seen in Australia, as party memberships and tribal party loyalties fall away. Just how substantial this shift is has been made clear in the Truth and Integrity Project’s recent report, “Disgust and Distrust… and what communities are doing about it”.

The Liberal Party is running scared. They can see their constituency dropping away and are feverishly working to discredit these independents through op-eds and social media.

It’s not surprising they’re feeling threatened. There is a good chance that independents will deliver Australia another minority government.

Those who lose out will be the so-called Liberal “moderates”, MPs who flaunt a public image of environmental purity yet vote with Barnaby Joyce and the rest of the Nationals on every bill relating to climate and renewables.

Liberals like Tim Wilson, whose seat is in jeopardy thanks to Voices of Goldstein’s high profile candidate Zoe Daniel. He took to Twitter with this compelling gem.

Independent MP Andrew Wilkie, who backed the Gillard minority government, refuses to use the term “hung parliament”. He prefers “power-sharing parliament” and makes a good point: why use such a negative term for a form of government that can give us the hope of better representation, of negotiation and discussion and sane politics?

That’s why I’m standing up and doing what I can to bring about a power-sharing parliament in Australia, one where those committed to real climate action must finally be listened to; where the ALP will be forced to accept targets that the science tells us we need, and one where the Liberal-National Coalition is dismissed to the sidelines.

They’ve had their chance and they’ve blown it. Move over, Scott and Barnaby, the women are here.