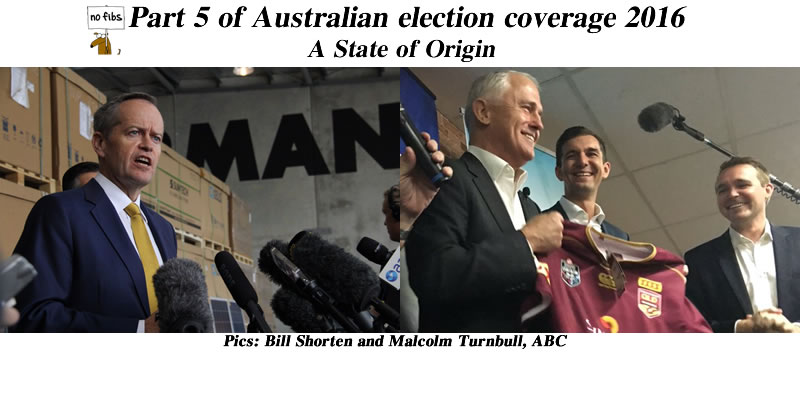 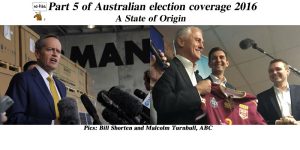 A State of Origin.

Sky News – Take it up with the Treasurer: Arthur Sinodinos says superannuation not discussed.

ABC News 24: Bill Shorten supports the Maroons ahead of State of Origin series.

Julie Bishop on her superannuation gotcha

ABC News 24: Out to get me: Julie Bishop says Neil Mitchell was looking for a gotcha outcome. 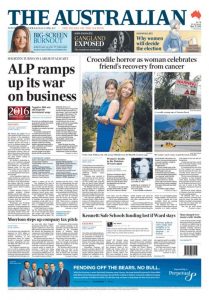 Coalition of the environmental unwilling 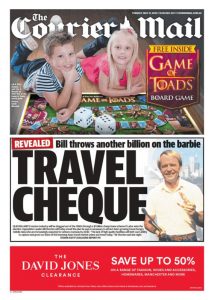 ABC News 24: Neil Mitchell tells Julie Bishop she is wrong on her description of the transition to retirement scheme. 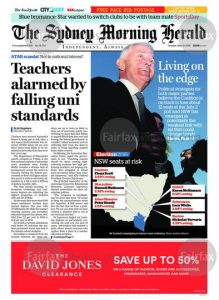 ABC News: The battlefields of Qld & NSW – Where the leaders have been so far.

Ahead of the national accounts figures coming out, "I would say that Scott Morrison is in damage control." @billshortenmp #ausvotes

The phantom journeys of Smokn’ Joe

Michael Evans reported on May 20, 2016, “Who exactly is Russell Howarth? He’s best known as the man who made citizens arrests while campaigning against the UberX ride sharing service when it was setting up in 2014.”: Riot cop, anti Uber activist, Hockey’s driver, bankrupt: The many faces of Russell Howarth. 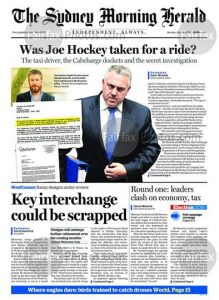 Chas gets roughed up

The Chaser’s Chas Licciardello confronts Malcolm Turnbull on the issue of trust.

Here's The Chaser's Chas getting manhandled after a stunt as the PM was leaving #ausvotes pic.twitter.com/9iWohSoEj6 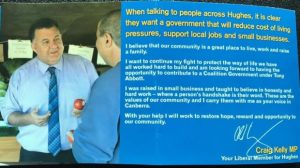 ABC News 24: Malcolm Turnbull asked why Fiona Scott is standing back from the microphones.

.@TurnbullMalcolm asked why Fiona Scott standing about five metres away.

Coalition governing with independents on table

.@JulieBishopMP re doing a deal to form govt: it would depend very much on the circumstances… on the legislation pic.twitter.com/VdZOeHoSX9

ABC News 24: Great Barrier Reef – Nothing new other than what is in budget from Malcolm Turnbull.

JCU scientists estimate bleaching has killed 35% of corals on the northern and central GBR.https://t.co/31w5vFIMwG pic.twitter.com/DUUd22DiyS

The saddest, most confronting results in my career: Average 35% loss of #corals from #bleaching in just 2-3 months. pic.twitter.com/59043dyXhd 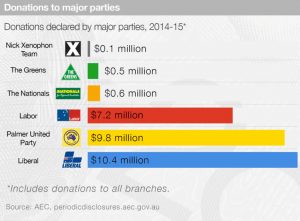 A certain consistency in our politics, you'd have to admit.
My @smh @theage cartoon. pic.twitter.com/SqXRrQR6DX

It’s rare to see women’s sport widely covered across the media. Rarer still to see it raised as an election issue. Labor has chanced its arm today by pledging funds for the national broadcaster to boost the viewing audience of women’s sport across Australia. 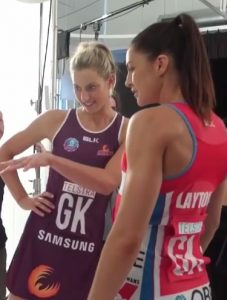 Laura Geitz writes, “a sneak peak of an exciting campaign we have been working on. Can’t wait to share it with you all.” 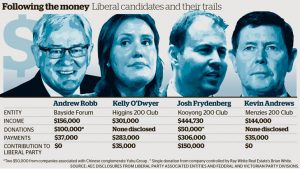 Following the money. Liberal candidates and their trails.

The media has zoomed in on Shorten’s inability to name the captains of the Hockeyroos and Southern Stars. Perhaps it highlights the need for the policy for the ABC to provide more hours of women’s sport.

.@billshortenmp struggled to correctly name the captains of the Hockeyroos and Southern Stars #ausvotes https://t.co/G7uF58JrPJ

ABC News 24: Mathias Cormann says there is no entrenched racism in Australia.

AAP: Chris Jermyn says he wanted to hear what Bill Shorten had to say.

Chasing Chris Jermyn: Media try to get answers from the Liberal candidate for McEwen. 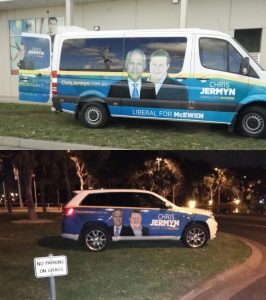 Shorten adviser Sam Casey tells Lib candidate he's at wrong entrance to meet Shorten and guides him to the right one pic.twitter.com/1HL0LiL4vR

That's McEwen with an "e" & Chris Jermyn with a "J" He's what the electorate needs: an MP with intelligence & drive. pic.twitter.com/4yZlZhCGlU

@SharmanStone hasn't got the "intelligence" to not "drive" on the grass. #lameduck pic.twitter.com/lM7gDHBndZ