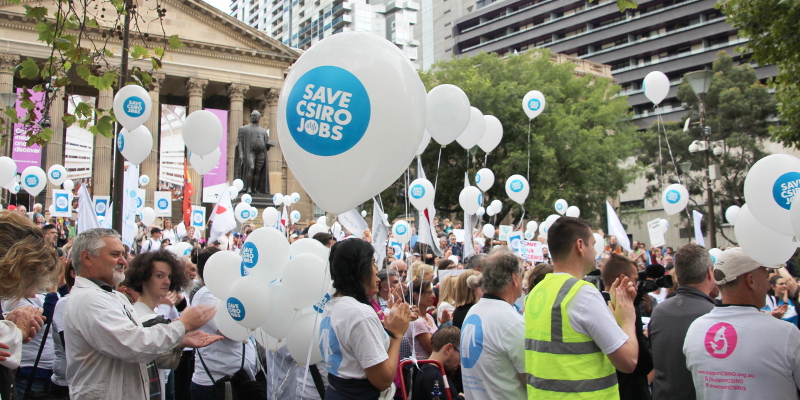 In a sea of white balloons with the message in blue, ‘Save CSIRO Jobs’, about 500 people rallied in Melbourne in support of CSIRO staff to protest the staff cuts announced by CEO Larry Marshall in early February. Many of the 350 job cuts will go from the Atmosphere and Oceans Division, and the Land and Water division. Both of these areas specialise in climate change research, key for projecting changes enabling adaptation strategies to be worked out. The rally was organised by the CSIRO Staff Association, a section of the Community and Public Sector Union (CPSU). See background article: Climate science staff cuts #CSIROcuts labelled as science vandalism 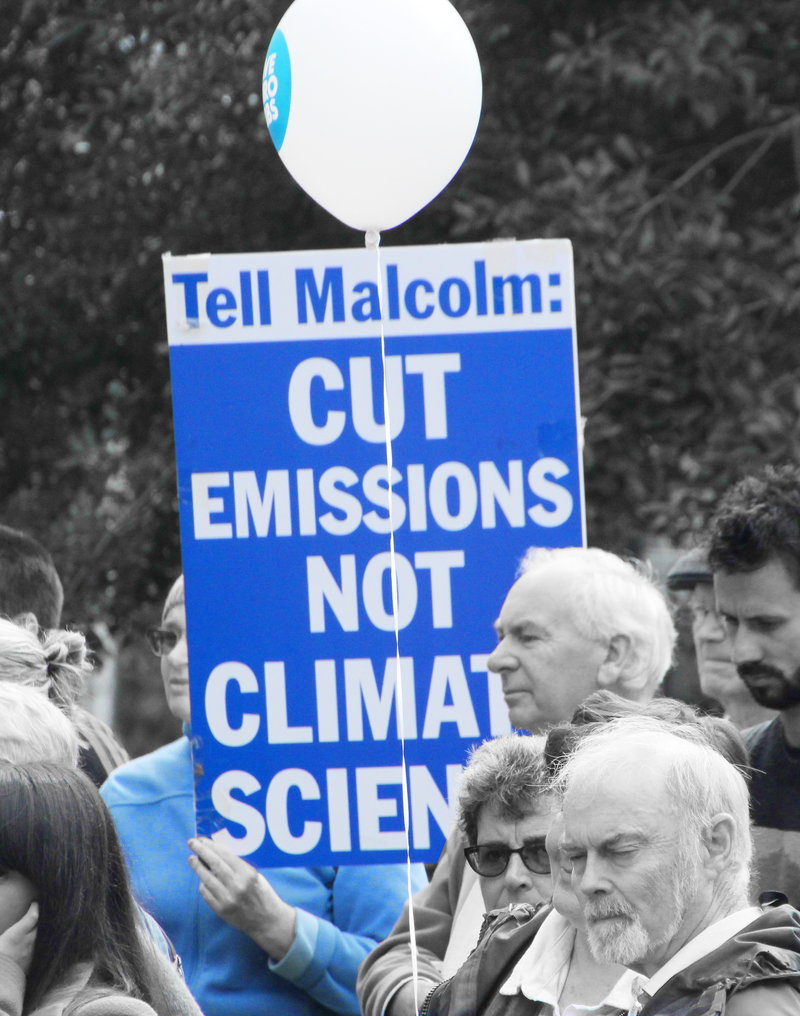 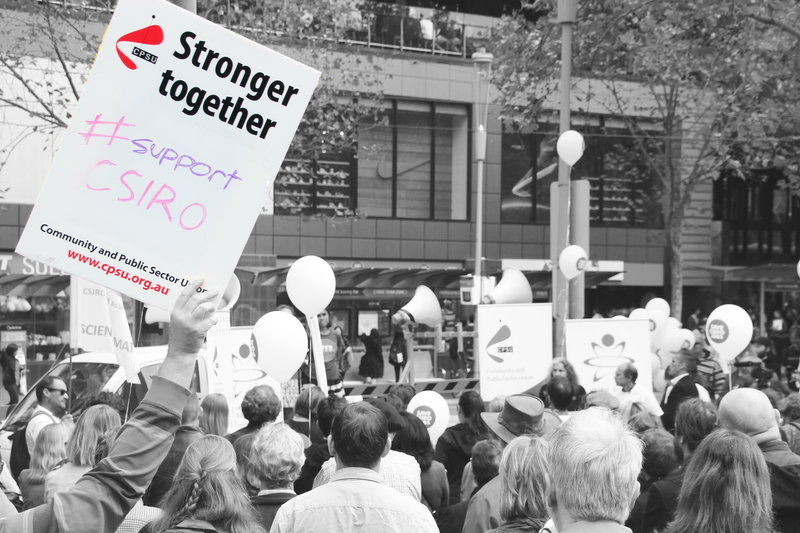 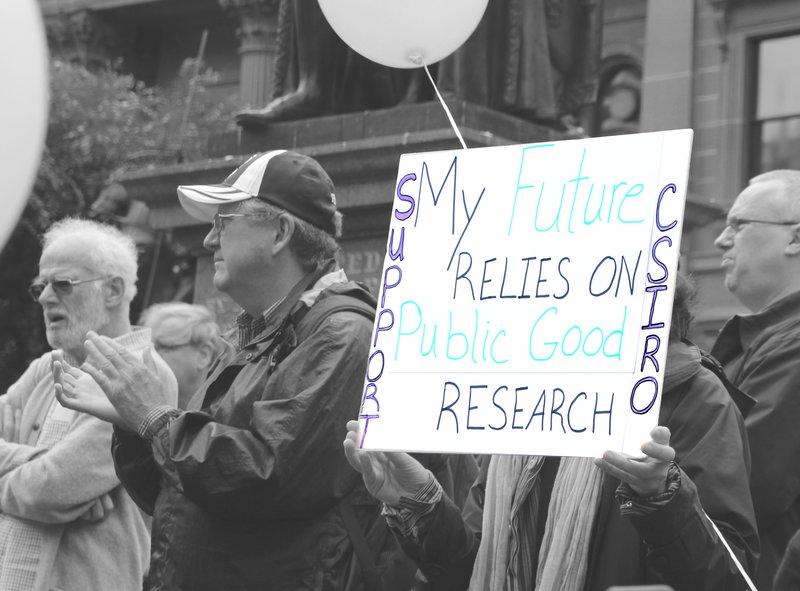 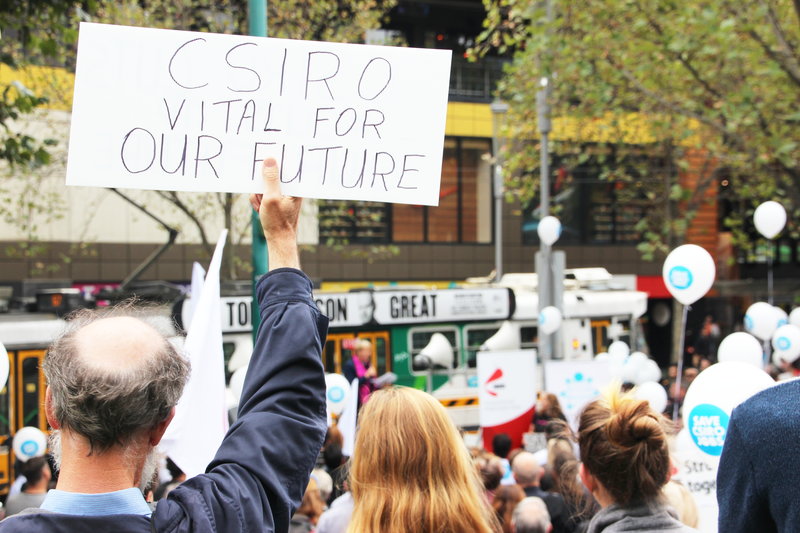 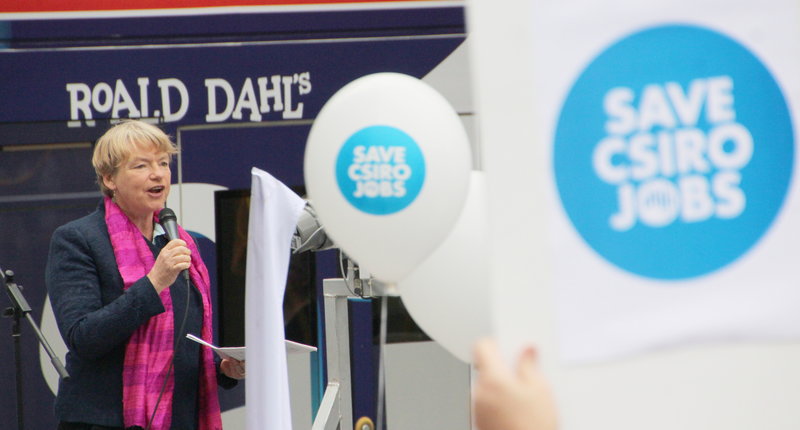 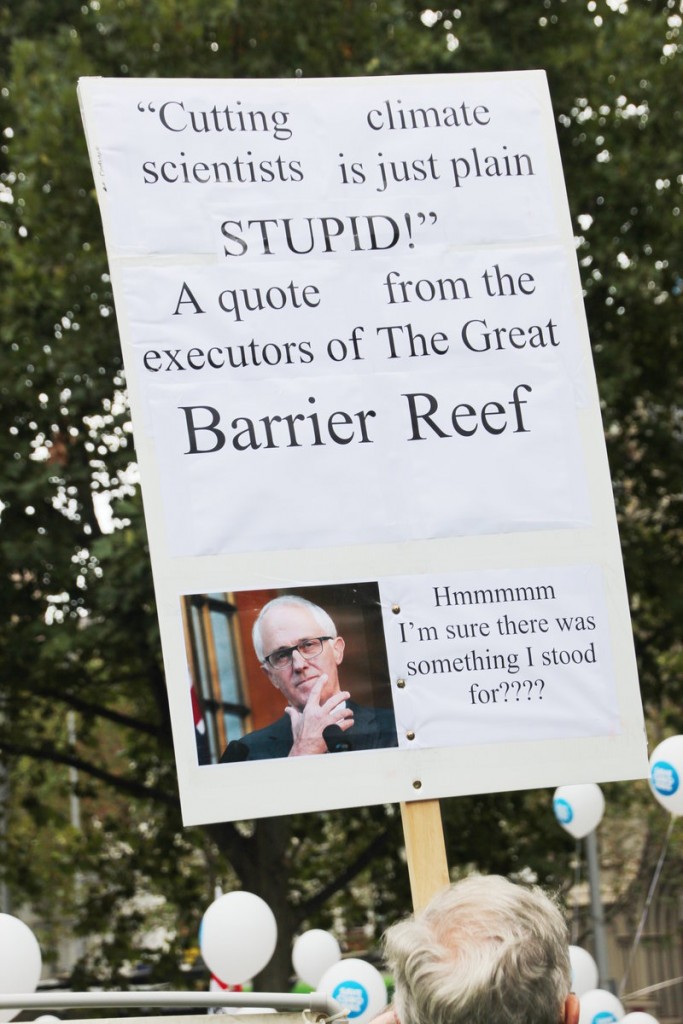 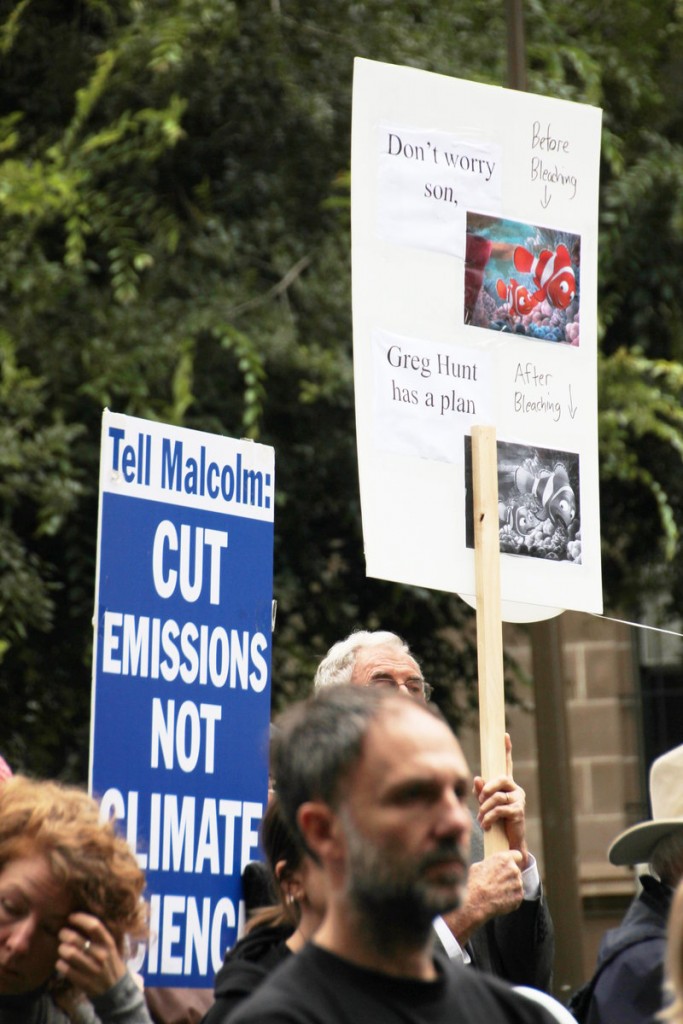 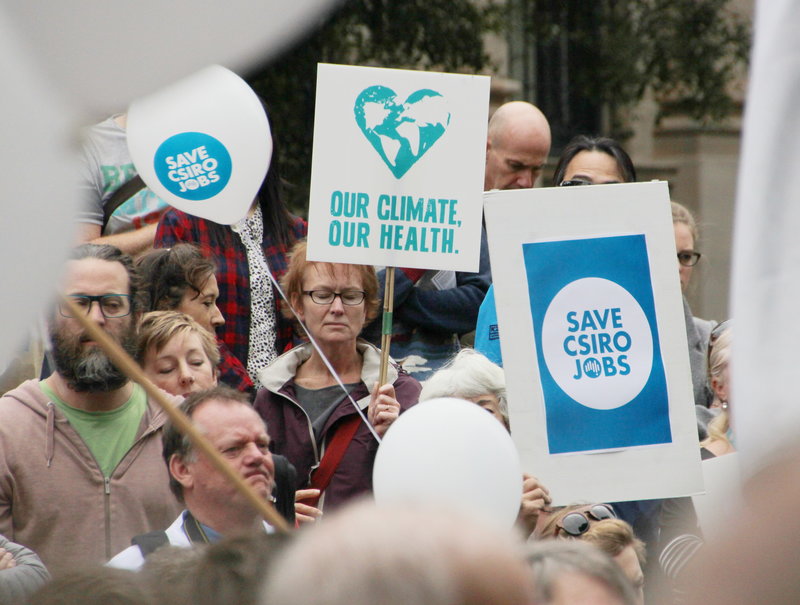 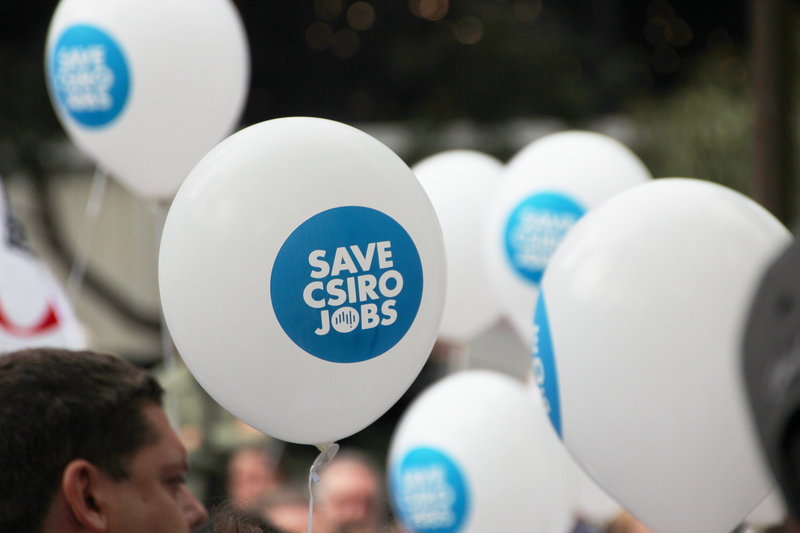 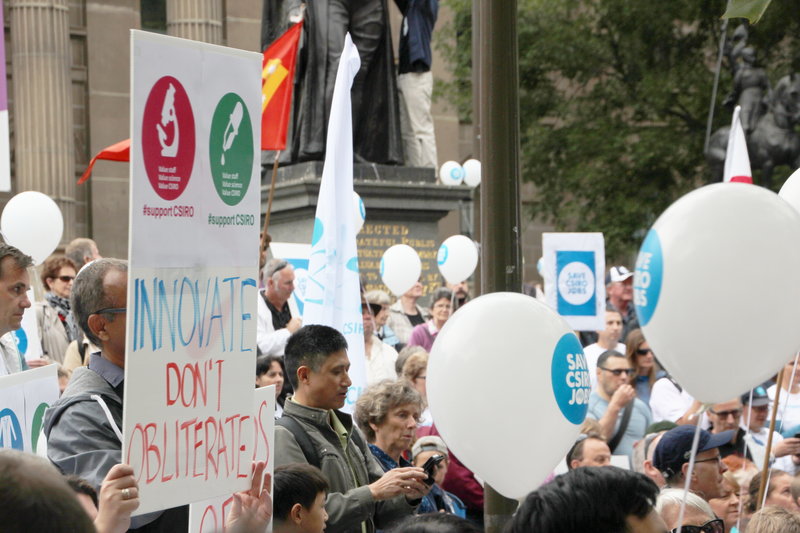 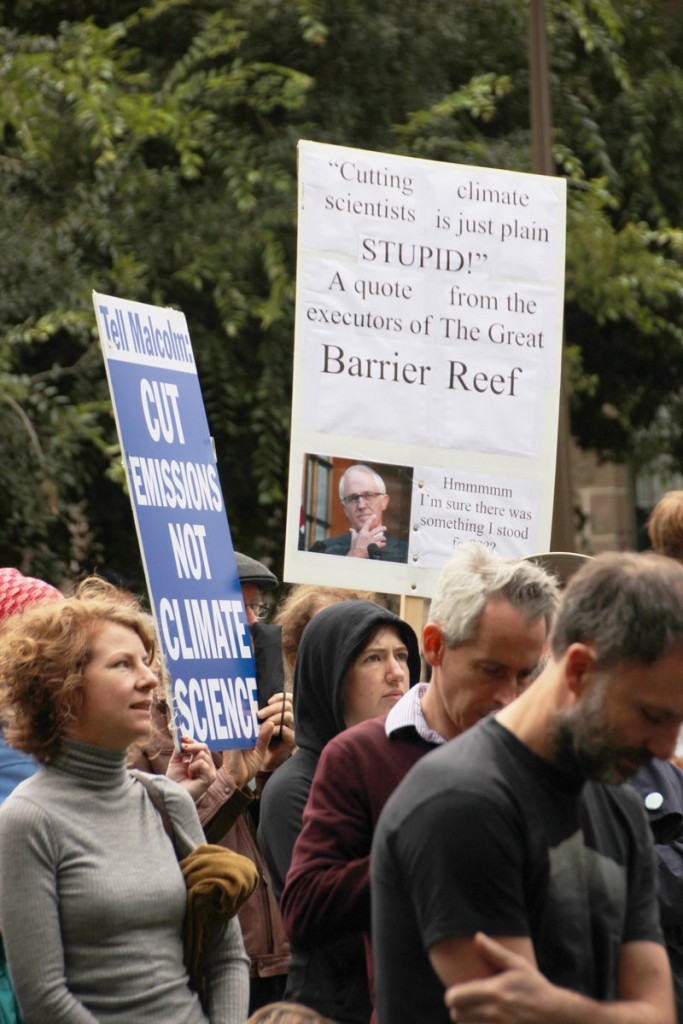 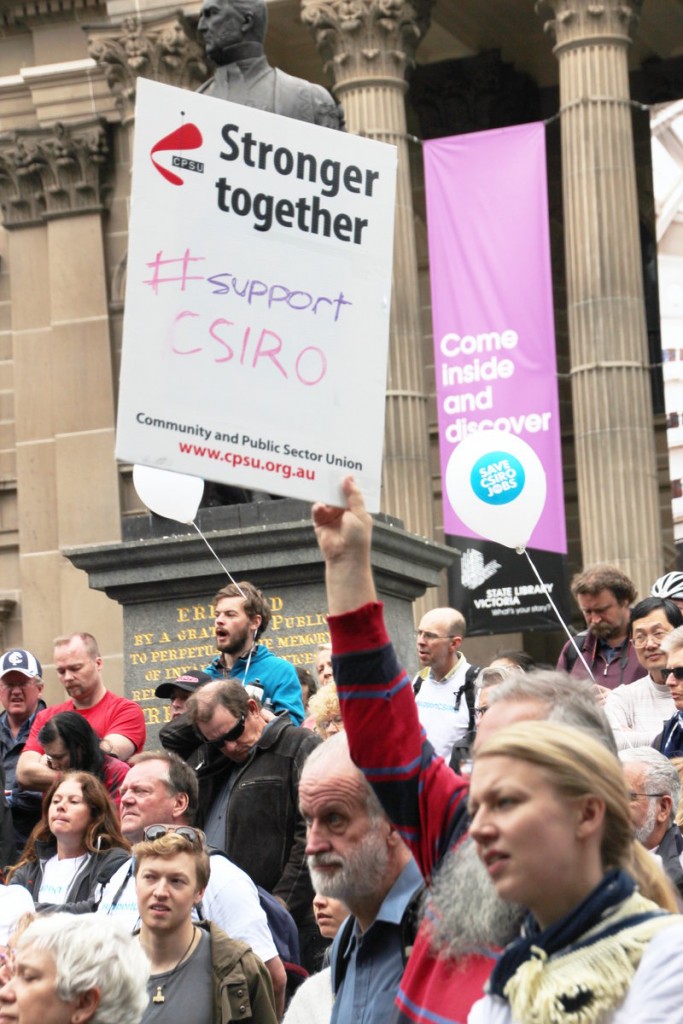 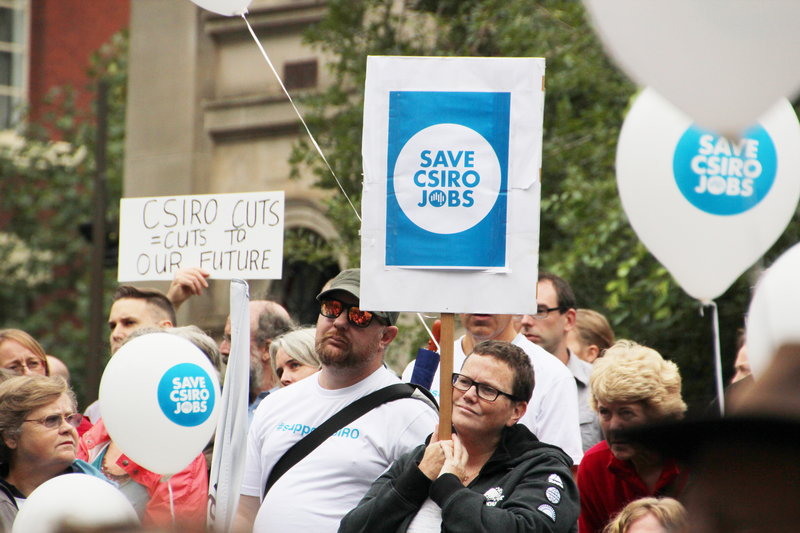 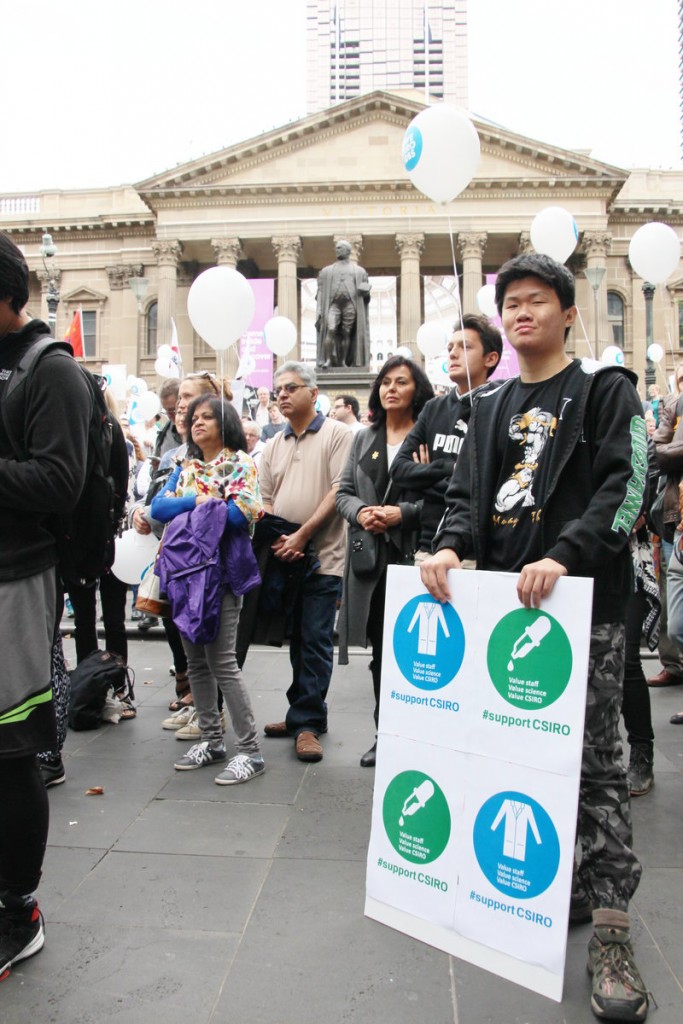 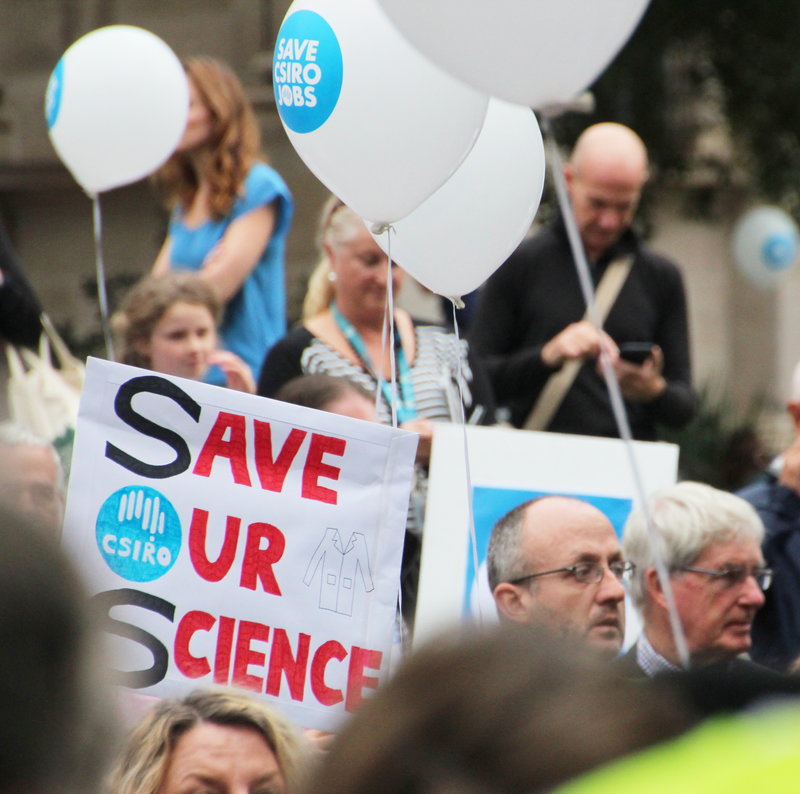 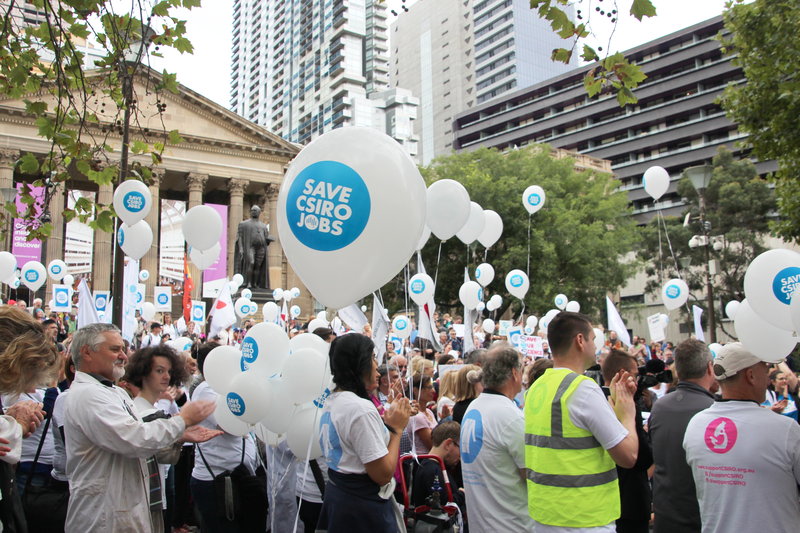 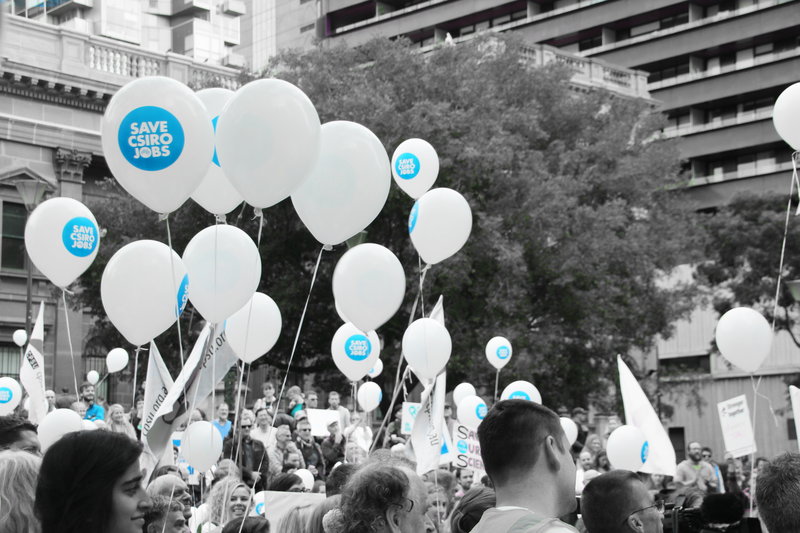