The July 10 edition of the local Weekly Times featured Cameras to zoom in on racism, in which federal MP John Alexander proposed that the federal government pay for CCTV cameras on shop awnings in Rowe Street, Eastwood, in the heart of his Bennelong electorate in Sydney’s northern suburbs. Why? “A few months ago a Sydney man, Mr Kim and his Korean aunt were racially abused on a bus” and “—while the crime rate in Eastwood is one of Sydney’s lowest, some crimes involving Korean speakers are not always reported”. 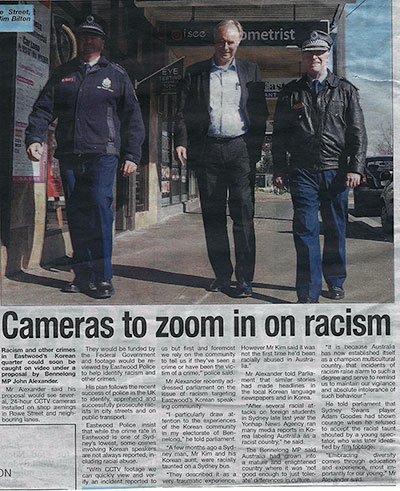 On July 31 Mr Alexander’s regular Weekly Times contribution was Tackling local crime. He confirmed that he was “fighting for more CCTV cameras” because he had been told by the President of the Korean Chamber of Commerce “on July 20 a knife-wielding assailant threatened a local shop owner before stealing her money”.

On August 1 I emailed Mr Alexander’s electorate office the following:

In this week’s edition of The Weekly Times Mr Alexander devotes his “Serving Bennelong” piece to justifying his fight for more CCTV cameras in Eastwood.
Could you please explain why Bennelong’s Federal MP should be giving this his priority attention when :

Does Mr Alexander’s devotion to this issue foreshadow his making “law & order” an issue for the forthcoming election campaign?

I have not yet received a reply or acknowledgement.

In my letterbox yesterday I found a message from Mr. Alexander advising me that “We will stop the boats – again.” and “A Liberal Government will again deliver stronger borders with tough proven measures”. 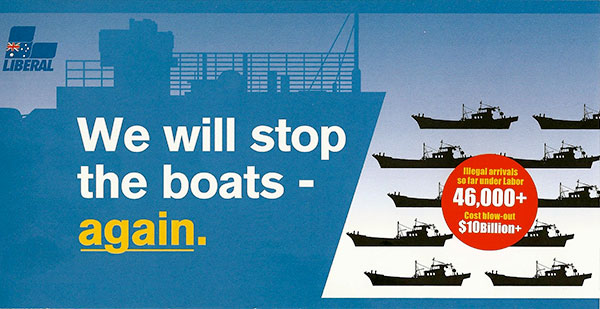 I also received a leaflet from the NSW Teachers Federation with “A message from parents, principals and teachers” suggesting that I “tell John Alexander and the federal Liberals: Our children need Gonski schools funding”. 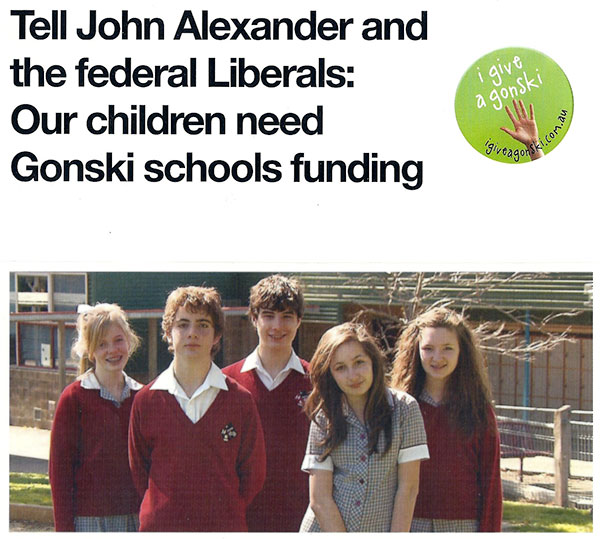 After receiving this message first hand from teachers at a recent “Meet the Candidates” forum, (reported separately) Mr. Alexander will understand that the education of their children will be an important issue for some voters.  It would appear from the above that it is not yet high on his campaign priorities’ list.