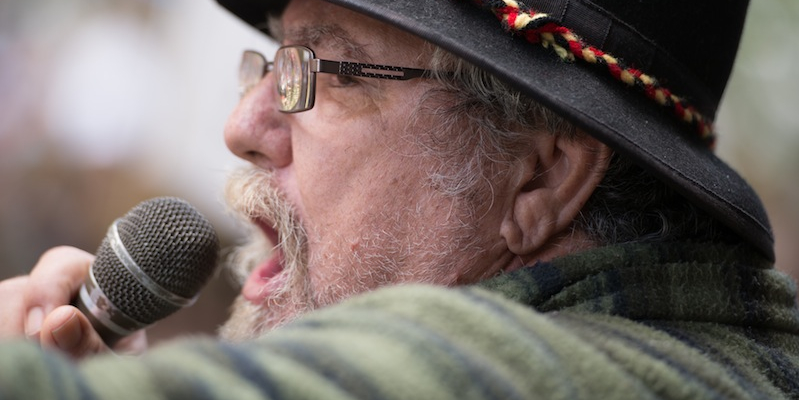 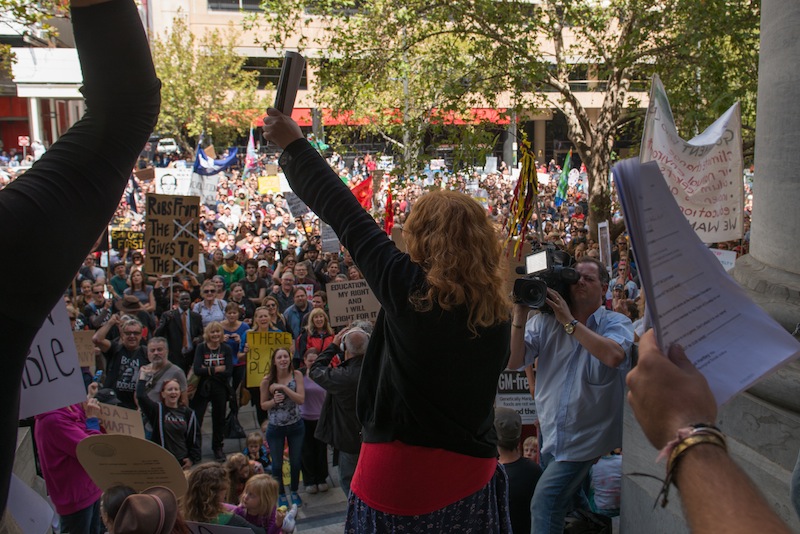 I am not a political activist.

I have never been to a protest or demonstration of any kind.

I had long considered myself a swinging voter, trying at each election to make decisions based on issues and not slogans or political spin.

Gradually, over the past few years, I have been becoming disengaged with the political process in this country. This is, in the main, because both sides of politics seem to be less and less interested in the things that matter to the grass roots of the community and much more interested in playing ideology wars with their opposing number. Most people I associate with feel very similar. Cynicism with the major parties seems commonplace.

I heard, via Twitter, about the March in March events occuring around the country and thought I would go along to the Adelaide event and see what the fuss was all about. Perhaps there would be some photo opportunities as well.

It was a very interesting gathering to say the least.

Between two and three thousand people, possibly more, gathered in front of Parliament House on North Terrace. The majority of them seem quite angry with the current government, not something all that new.

What really surprised me was the range of issues that were being protested, from coal seam gas fracking, to offshore processing of asylum seekers; dumping of dredge spoil in the Great Barrier Reef Marine Park; roll back of World Heritage listings; and funding cuts to education, social welfare and Aboriginal welfare. All voiced with great passion. 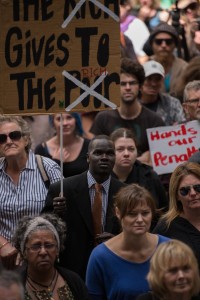 Another eye opener was the diversity and number of people that I spoke to that had never attended a protest of any kind before but felt moved to do something. I spoke to one woman that was doing a 450 kilometre round trip for the day just to attend. Another would do 250km before she got home that evening.

It takes strong feelings to motivate people to make that sort of effort, especially for a first attendee.

There were speakers from all walks of life. No surprise that they should be passionate and they certainly were.

I left at the end with as many questions as when I arrived.

Despite the anti-Coalition feeling of the crowd, why no Labor or Greens speakers?

Why no coverage from mainstream media?

Why so many people that had never protested anything before?

How many more people might have attended but were not users of social media?

How do these voices get heard? We live in a democracy right?

In the days following the March in March events there has been almost no reporting, in any type of media, of the turn-outs or the issues people were trying to raise.

From where I stand it looks like there will be no answers to any of these questions from any of the major political players any time soon.

No wonder so many people feel disenfranchised with our major parties.

No wonder so many people feel like there is no longer an option but to go out in the streets.