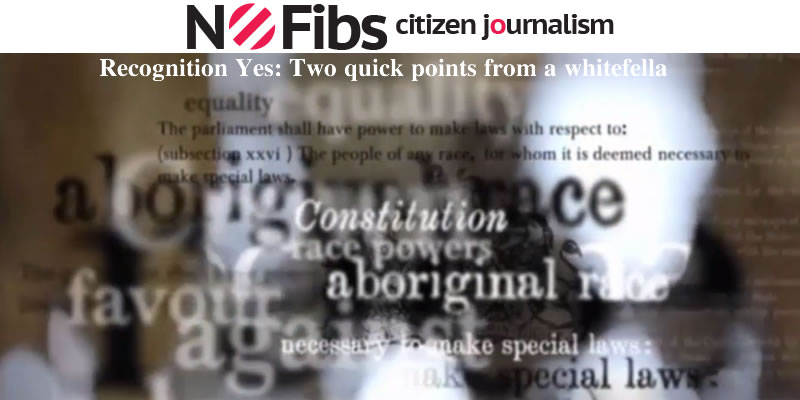 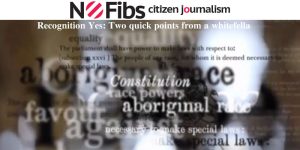 When I first tweeted in December of 2015 the reports that Andrew Bolt would participate in an ABC documentary on indigenous constitutional recognition it was unequivocally met with rebuttal and skepticism. Knowing that the then NSW state deputy Labor leader, Linda Burney, would also appear on the program (now federal member for Barton & shadow minister for human services) I made a promise to watch and report back. As there’s been plenty of commentary in the media about Andrew Bolt’s participation, I won’t dwell on him any further.

Two points in the case for recognition were reinforced for me. The first was when Linda met with South Australian Senator Cory Bernardi. His position was that the constitution had made it possible for her to get to where she was today.

“The constitution has allowed you to become elected to the parliament,” he stated.

Linda was clear that it was the process of debate and reform that ultimately made her career path possible.

“Referendum and constitutional reform has done that for me,” she replied.

Cory conceded she was right.

The second key point from the program I would urge people to consider is the argument made by lawyer and constitutional reform adviser, Shireen Morris. She argues that the overall purpose of the constitutional amendment would be to ensure that things happen in a better way.

“We want to take the references to race out and we want to put in fairer rules to make sure things happen in a better way in the governance of indigenous affairs,” she said.

Here’s the clincher that Shireen leaves us with.

“I really, really want you to grapple with the technical problem, ok? Because we’re talking about the constitution. The key reason we want to reform the constitution is to put in place fairer rules to make sure that the racially discriminatory laws and policies of the past can’t happen again.”

The first port of call in the path to reconciliation and reform is preventing discrimination and disposition from happening again. We can begin that process with the nation’s most important document.