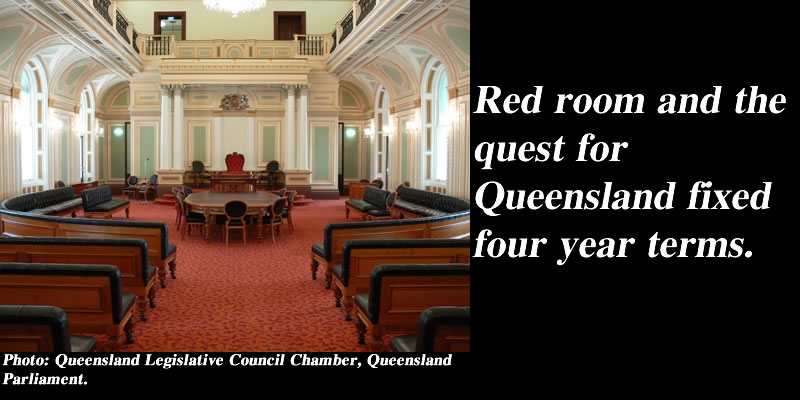 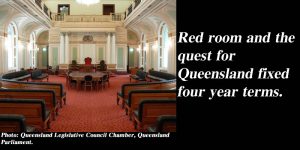 The referendum this Saturday on fixed four year terms for the Queensland state parliament will fail.

I know this because voters have two main concerns. They fear a return of a “Campbell Newman”; not being able to oust a bad premier for four long years. Queenslanders have also expressed a long harboured desire to restore the upper house which was abolished in the constitution amendment act of 1921. At the time, it was stacked with English aristocracy.

On the first point, had Newman governed for four years, his opinion rating would have been so low that current premier Annastacia Palaszcuk would have had no trouble forming a majority Labor government in 2016. If he’d been replaced by a “Lawrence Springborg” before the 2016 election, this would only have served as a feather in Palaszczuk’s cap.

No one has presided over the legislative council in over ninety-three years and I’m not sure more politicians are the answer. In Queensland, we constantly tell ourselves that we are disadvantaged because we are the only state without an upper house. For all our perceived weakness, it is the lack of an upper house that is actually our strength. Our political ancestors recognised this and refused to allow our legislation to be subjected to the approval of a foreign land.

We are Queenslanders and home to one of the best democracies in the world. The voice of our people is far stronger than those of detractors or politicians. What other electorate in the nation could oust a bad Newman Government after only one term?

We must back ourselves. Our perceived weakness is really our strength.

Even though I know it’s doomed to failure, I’ll vote “yes” for the referendum on Saturday. Not because of politicians, but because I believe in the courage of the Queensland people. I have no fear of the future because I know you are all standing behind me.