Reflections on a unique campaign: Greens candidate @JennyJenocon on #Indivotes 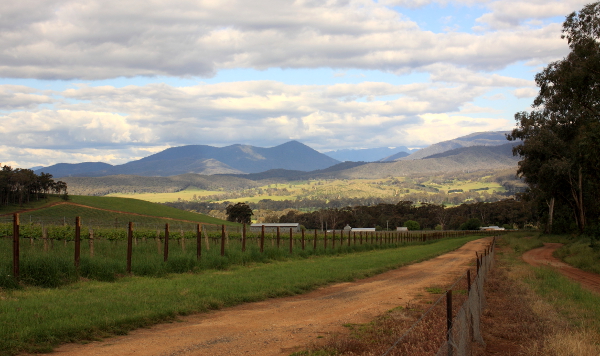 Greens and Labor voters came out in force to support Cathy Mcgowan win the battle to unseat Sophie Mirabella. Despite the low vote I did get to play a pivotal role in the campaign so the Greens message has been heard loud and clear in Indi, and all sides of politics have come together to put Indi on the political map and to change forever the idea that there is a ‘safe’ seat in Australian politics.

Grassroots engagement with community is a key pillar of the Greens ethos, alongside peace and non-violent negotiation, environmental sustainability, and social justice.

These key platforms have been embodied in the Voice 4Indi Movement and the ensuing campaign to get Cathy elected, and so it was entirely appropriate that the Greens preference team agreed with my request to preference Cathy at number two rather than run an open ticket as was initially planned – despite the fact that there was no reciprocal deal from the McGowan camp.

I believed that supporting their campaign was the ethical thing to do, and I understood that Cathy needed to run an open ticket to maximise her chances of getting votes from across the political spectrum.

The campaign itself was like no other that I have been involved in. Having stood at State, Federal and local government elections I am pretty accustomed to the usual practices of trying to get media coverage where possible, policy releases, campaign launches and one or two public forums where the party faithful and candidate supporters attend and not much is gained.

This campaign was totally different.

Six public forums were organised by a range of interest groups around the electorate including Women’s Health Services, the CWA, the Victorian Farmers Federation, Charles Sturt University, the Trades and Labour Council and a public forum broadcast live on radio. These were all well attended with standing room only and the engagement was clear – questions fired at all of the candidates, with tempers running high at times in the audience, and occasionally the candidates.

My fiery responses to Sophie’s position on climate change and asylum seekers were broadcast across the electorate and I am still getting emails and comments from people who enjoyed the passion in the debate.

Cathy played it pretty safe in these forums although she was challenged repeatedly about her allegiance with the parties – Greens, Labor or Nationals depending on who was asking. Her focus was always on local issues: broadband, mobile black spots and the notoriously unreliable VLine train service.

She declared her support for marriage equality but did not have a clear position on reducing carbon emissions or preventing offshore processing of asylum seekers, opting for a self evident “we need a bipartisan approach ” position.

For a policy-focussed person like me this was frustrating, and I was initially surprised that it really didn’t seem to matter to people who I know have strong views on these issues, but they said that Cathy was a decent person and they trusted she would make the right call if she was elected.

It was clear that the main game was to unseat Sophie Mirabella, which people rightly believed was much more likely to be achieved by a locally based Independent candidate than Greens or Labor.

Cathy and her team did not engage in this discussion publicly, but it was clearly the sentiment of many of her supporters.

Prepolling and Election Day were a real challenge for my campaign. It is always a struggle to get enough people to cover all the polling booths and two weeks of prepolling added an enormous burden – made all the more difficult with the all too frequent response of “sorry, I’m handing out for Cathy ” to a request to the usual volunteers.

I have to admit that there were times when I did feel discouraged – these were personal friends and long-time supporters who seemed to be deserting my campaign in droves, and there were several awkward encounters with friends who felt they needed to let me know they were gong to support Cathy.

I spent a lot of time reassuring people that I understood and trying not to show my personal disappointment, however you shouldn’t get into this game if you can’t take the heat, so I accepted the reality that I was going to take a substantial hit, that this was not a personal reflection on me, and that supporting Cathy to get elected was indeed in the interests of Indi. And I got on with it.

The young McGowan Team members – some of whom were usually Green voters – embraced me enthusiastically, and I found myself in the strange position of being both Cathy’s political adversary but also developing great relationships with her team.

In the public debates I challenged Sophie openly whilst Cathy maintained a more neutral position. As one voter commented – a Good cop/ Bad Cop approach. This was not intentional, but our different styles probably combined to allow this to be played out.

The rest is the stuff of political history – and perhaps a great movie script.

Indi people voted against the trend of the entire nation and decided to remove Sophie Mirabella. The Greens and Labor vote was decimated as our voters supported Cathy, but the Left vote was never going to be enough and a substantial portion of her support came from disaffected conservative voters.

This has been a truly uniting outcome from across the political spectrum. The long serving National member Ken Jasper and I found ourselves on the same side, as did many unhappy Liberals I know.

It will be interesting to see how Cathy represents such opposing ideas when it comes to voting on policy and I suspect this is one of many challenges she will face in the Parliament if she wins the seat.

For the rest of us the lessons are clear – there is no such thing as a Safe Seat. Members of Parliament are elected by their local people, and they forget this at their peril.

And for the political parties, the battle for Indi is a reminder that political engagement does not take place only through the media and the letterbox – connection and relationship are what matters.

This can happen between people with differing ideas and opinions but with the unifying hope for a better way for their community.

No Fibs interview with Jenny