Repair and hope for the #Pilliga Forest, by long-time campaigner Iris Ray Nunn 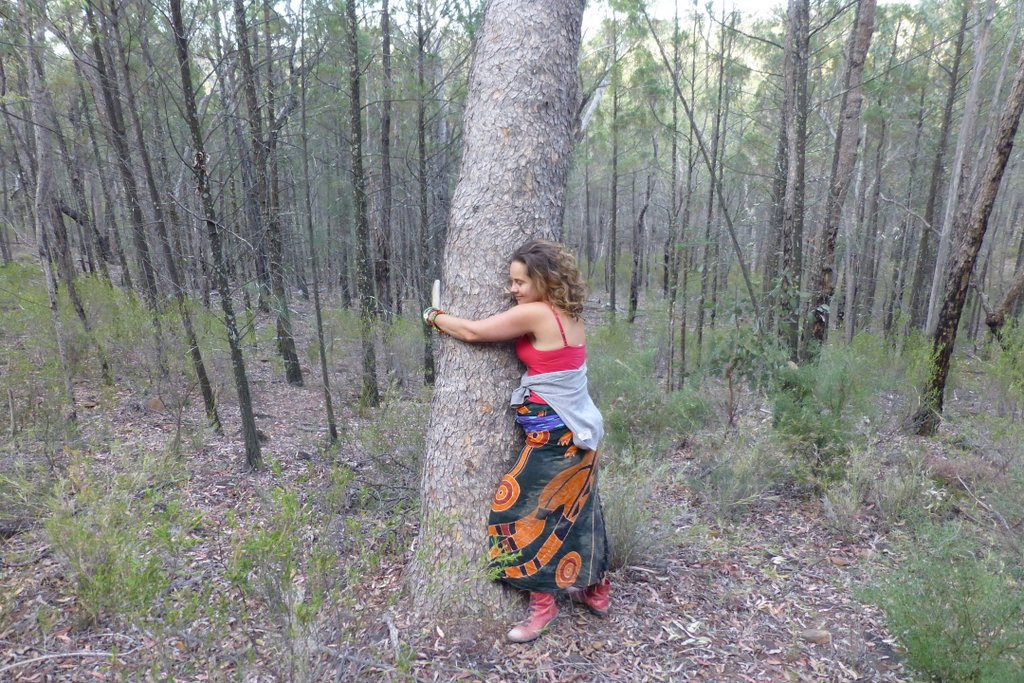 Margo: Iris covered the battle to save the Pilliga State Forest from Santos CSG for the No Fibs CSG Citizen Journalism project late last year. It seemed hopeless, then…

I know big business has not pulled their CSG operations out of the Pilliga, Yet, but, also, as well – I have to share how encouraged and inspired I feel right now at how far this campaign has come in such a short time.

It seems like only yesterday that I was in Narrabri reading the front page of The Courier heralding ‘Big rig arrives to begin work’ in the Pilliga, and felt sick to my core  reading the horrifying words ‘Pilliga Gasfields’ in print.

In my language, ‘Pilliga Gasfields’ is simply ‘the Pilliga’, a forest rich in biodiversity, magic and ancient wisdom. The last of our inner woodland forests in NSW.

I feared for the people of the north-west who had, at the time, such a small band of opposition to a huge mining corporation that enjoyed considerable government support.

Yet ‘people power’ – protestors from all walks of life – rallied fast and pushed hard with unwavering strength, to bring the planned destruction of this forest, air, water and soil to the attention of Australians everywhere.

The country now knows about the Pilliga.

Santos themselves made sure those people who hadn’t yet caught up with the desecration of the Pilliga knew all about it when the company was fined recently following the detection of uranium in a Pilliga aquifer.

Santos are now up front and centre with no where to hide.

Tears of joy spring to my eyes as I write this post – for the first time I have hope that the forest really will be saved.

But I am not complacent. We do have to keep doing whatever we can do to support the campaign to save the Pilliga until that final, wonderful news filters through that Santos has aborted the Narrabri Gas Project.

And even though I feel hopeful, I still grieve for the habitat that has already been destroyed for gas fields in the Pilliga and coal mines in the Leard forest.

During my time at the protest camp last year, I experienced a deep communion with the land.

I sat in Dadirri with the tress and saw sacred sites of the Gomilaraay that once told the story of the ancient ones who lived there. Those trees have been bulldozed. The birds that lived in them, dead. So many magic places have been lost to greed in this country. So many will still go if we, the people, do not stay vigilant in our connection to the earth – as well as  love and willingness to protect what’s left.

When I helped host the ‘Blessing for Bentley’, in northern New South Wales, a few weeks back, the word that came to me out there was ‘repair’. It was as if the word itself was a gift from the Ancestors.

I like that word. It is directive and real.

So even though much damage has been done to the country, the songlines, (and my relationship with my father who is a stubborn Santos shareholder!), I will hold fast to the guidance that ‘repair’ is possible.

As a community – and as a forest – it is my greatest belief we will all get there: Repair.