Reporting democracy in the seat where I live: @willsmore298 in Sturt 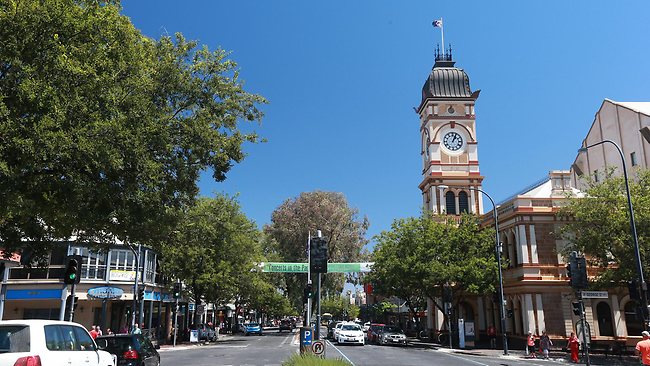 Paul Kelly grew up in the seat of Sturt. His song Adelaide – Kensington Road runs straight for a while before turning. We lived on a bend, it was here we were raised and fed – paints a melancholy picture of wide quiet streets and hedges all in a row.

Eight years after Paul Kelly recorded Adelaide, in 1993, Christopher Pyne was elected as a 25 year old Member for Sturt.

I’m Shane Willsmore, citizen journalist and teacher at a large government school just south of the River Torrens. Our students are drawn from the northern and more working class end of Sturt.

I’m pretty mainstream in my personal politics, with a belief in free enterprise, social justice and future oriented policy. I enjoy living, working and contributing to our community in Sturt. I’m excited about the fascinating election campaign to come and hoping for a fair and clean fight.

Stretching from the spacious architectural homes of the eastern suburbs of Beaumont and Burnside through the rich Italian influence in the largely post WW2 suburbs of Campbelltown and Newton and to the grittier neighbourhoods north of the River Torrens like Windsor Gardens and Gilles Plains, Sturt is a microcosm of Adelaide.

In the 2013 Election, Christopher Pyne will stand for re-election for the Liberal Party and Rick Sarre will again run for the Labor Party. The Greens candidate will be Communications professional, Anne Walker.

Christopher Pyne knows the area well, is a prominent and influential member of the Liberal party and has experience and knowledge gleaned from nearly 20 years as the local member. He has an impressive resume, and extensive involvement in committees of an enormous breadth.

It is fair to say our local MP has his supporters and his detractors, both at a local and a federal level. If re-elected, and the Liberal Party win the election, he is likely to become the Federal Education Minister. Over the next few weeks I will endeavour to speak with Christopher Pyne to discuss his legacy to date in the Seat of Sturt, his commitment to education, and his vision for the future.

Rick Sarre is a Professor of Law, an academic with a teaching focus. His last campaign hit some hurdles but he obviously has the passion to give it another shot. His professional background should appeal to the ‘socially progressive’ voters of the upper middle class in the south of the electorate but might be a bit of a stretch in the north among the traditional working class families.

Anne Walker is the new candidate for the Greens. Anne is a Communications professional with a longstanding commitment to ethical choices and environmentalism. The Greens vote increased by 4{17ac88c265afb328fa89088ab635a2a63864fdefdd7caa0964376053e8ea14b3} to just over 10{17ac88c265afb328fa89088ab635a2a63864fdefdd7caa0964376053e8ea14b3} in 2010. They will be focussed on consolidating this gain and obviously hope to improve further, particularly given that both Julia Gillard and Tony Abbott have relatively low approval numbers. The impact of the retirement of the high profile Greens leader Bob Brown will be a serious test at the 2013 election. Green preferences could be highly influential to the final outcome.

I’ve had some communication with Rick and Anne and will be meeting with them very soon for a chat so that I can provide further insight into their vision for Sturt.

Sturt Is named after Indian-born British explorer Charles Sturt. Its local SANFL Football Club is the 2012 Premiership team the Norwood Redlegs, of which Christopher Pyne is a member. Traditional rivals the Sturt Football Club are not quite in the Seat of Sturt.

Norwood Oval sits on the Norwood Parade, a well known and much loved commercial strip with an eclectic mix of old and new shopping, dining and socialising options. The Parade is the cultural heart of the Seat of Sturt. Norwood itself has morphed from a working class village east of the city into a very trendy and desirable place to be. The people of Norwood reflect our multicultural nation, with a strong Italian influence. 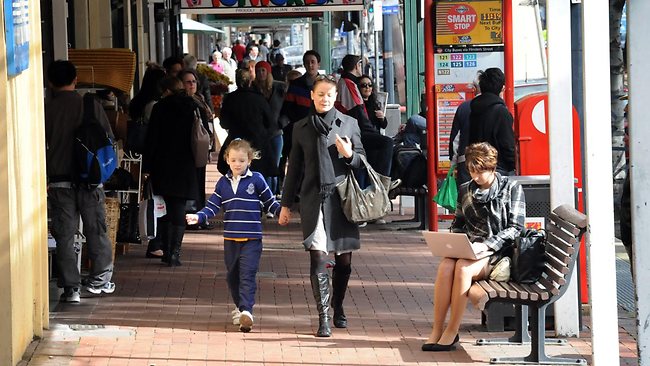 The hustle and bustle of the Norwood Parade. Picture: Nigel Parsons – AdelaideNow

The hustle and bustle of the Norwood Parade. Picture: Nigel Parsons – AdelaideNow

To the south of the Norwood area we have the upmarket shopping hub of Burnside Village. It is famous for building an extremely expensive clear roof over the top of a large gum tree as part of a major expansion, and then have the tree die. It really is humorous to have a coffee under the dead gum tree and read the signs warning of falling limbs.

The Burnside area is a more vanilla section of Adelaide with not as much variation in skin tones and more expensive four wheel drives in the carpark. It is a beautiful leafy part of Adelaide, with many beautifully presented people, houses and cars. Waterfall Gully is a hidden gem, with the ‘Utopia’ cafe/restaurant for refreshments and caffeine before or after
one walks/jogs Mt Lofty, a 3km uphill trail to our local ski resort (I’m joking).

North of Norwood we move into the WW2 boom migrant suburbs of Campbelltown, Newton and Athelstone, with street after street of fine 1950s and 1960s triple-fronted family homes on quarter acre blocks. Although there are now many subdivided blocks many classic and well-maintained homes remain with magnificent vegetable gardens, fruit and olive trees and the odd ornamental column.

The Italian influence is strong, resulting in great pizza places, great coffee and a real sense of community. On Mother’s Day you can buy $5 bunches of flowers from the front of houses which were grown on the vacant block next door.

The Greek influence is also significant, evidenced by a number of local leaders and business people. Older men sit for hours at cafes drinking espresso and chatting about the world. Small business is important in these suburbs with many young people joining small firms as apprentices.

Lochend is a remnant colonial stone house of the first British colonists, in particular Charles James Fox Campbell, a large landholder and influential figure whose name was taken for the suburb and council district of Campbelltown.

More recent waves of migrants, including those seeking asylum, have also settled in these suburbs, and suburbs north of the River Torrens, with African faces joining those from the Middle East and various parts of Asia in our magnificent melting pot. Many of these kids attend my school, and they are wonderful. When I see them playing basketball and
football together as Aussie kids from many backgrounds, it gives me hope for the future.

They may stay in Sturt and become the next wave of young voters, raising beautiful families of young Australians in under-rated Adelaide. Let’s hope the politicians are beacons for them, showing them a hopeful and exciting future ahead.