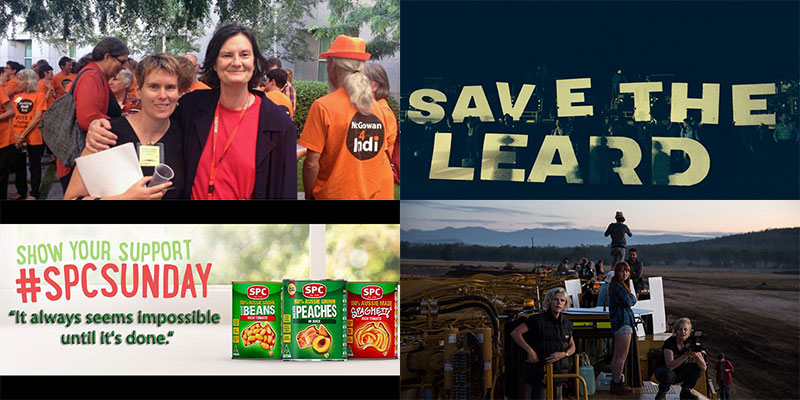 Margo: A version of this column appeared in the Byron Shire Echo – @Echonetdaily – on 29 April as a substitute for Mungo McCallum’s weekly column while he recovered from surgery.

Mungo and I last discussed politics just after the federal election on Late Night Live. We both knew what Abbott would do – seek to close down free speech and climate change science information and further corporate interests at the expense of community. The bottom line was that a disenchanted public had voted in a climate change denying Government at a time when climate change amelioration and adaptation was crucial to the survival of our species.

I felt lucky to have co-ordinated the citizen journalist coverage of the boil-over in Indi for my website No Fibs. It was a successful green shoot challenge to a corrupted, post-truth political establishment. An intelligent, transparent, community-building grassroots campaign enmeshed with Social Media saw Greens, Labor and National Party voters unite to dump sitting Liberal Sophie Mirabella for a quality independent committed to a carbon price.

So I geared my site and my focus to covering the green shoots of communities seeking change from the ground up, rather than the closed world of insider politics where the great bulk of big media failed to join the dots.

It’s a good thing when all hope for establishment political good faith dies, some say, because then individuals must ask – what will I do? So activists need to let go hierarchy, be in the moment and trust in people to work together for the common good. For me, this is the exciting space to report in Australian politics right now, and to foster the reporting of citizen journalists.

I began by funding a pilot project on CSG citizen journalism while I took a break, then did on-the-ground news reporting for the first time since covering Pauline Hanson’s 1998 election campaign when I live-tweeted civil disobedience at the Leard Blockade and established #leardblockade  as Twitter’s news feed. Here determined locals and visitors tilt at windmills trying to stop Whitehaven felling the critically endangered Leard State Forest for the biggest new coal mine in NSW. If they can get away with that, they can get away with anything on climate change.

As Naomi Klein wrote recently, we face an existential threat that requires collective political action at a time when the very concept of collective wellbeing is being kicked to death by corporatist ideology (and enlivened by social media). She says the time has come for each of us to to find a place to stand, and for me that is reporting Liverpool Plains food bowl communities defending a Shock-and-Awe Invasion by fossil fuel miners with Governments in their back pockets. Like the Voice for Indi, Lock the Gate supports and co-ordinates local communities defending their land, water and future their way.

Back home in Queensland, I became heavily involved in the Twitter-based #SPCsunday campaign to lift sales of our loss-making last canned fruit processor after Abbott’s sinister decision to kill Shepparton and lie about why. Massive public support at the check-out saved SPC and Shepparton.

Newcastle writer Linda Drummond created that campaign. She wrote: “It’s easy to look at an issue and think: Someone should do something about that, but it seems our governments are becoming less inclined to be the ones to do something. So where does that leave us? We can either complain. Or we can act.”

That city in that region is at the forefront of questioning dirty coal and CSG due to the defacement of the Hunter Valley without regard to human, land, water and environmental cost. The region is home to some of the State’s most intelligent and sophisticated climate change and land and water quality activists.

On my last trip to the Leard I reported the occupation of the Whitehaven mine site, and like other citizen journalists was arrested along with more than 80 protectors, including the Blockade’s spiritual leader Bill Ryan, a 92 year old veteran of the Kokoda Trail.

I then drove to the Pilliga, where Santos CSG exploration in Pilliga State Forest has mobilised farmers, environmentalists and Aborigines, just after Wilderness Society campaigner Naomi Hogan uncovered the contamination of an aquifer by Santos and its cover-up.

Northern Rivers musical activists organised a much needed pop-up Pilliga Party to boost the stretched Pilliga Protector Network, and I spoke to one of its elders on the state of play. She said the top priority for people concerned with CSG must be the Bentley Blockade. “It is the Frontline,” she said. “If they are beaten we are all beaten. If they hold out they empower us to fight on.”

I write this before driving to Bentley to visits the Frontline’s Frontline. Will I see it before, during or after police move in? However that looming confrontation goes, Bentley holds the hopes of many communities threatened by CSG and new dirty coal in country and regional areas around the State and across the nation.

I feel honoured to be visiting the Bentley Blockade and to be published in the Byron Shire Echo for the first time, especially as a sub for a journalist hero of mine. Go well, Mungo.