Restoring integrity in politics: @Sally_Owl on what citizens can do 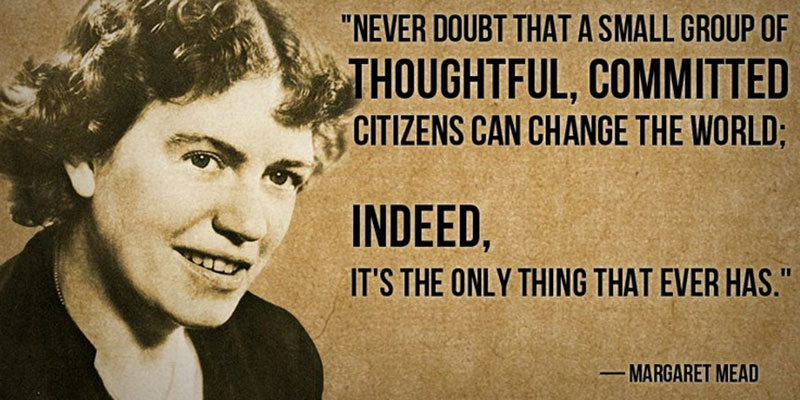 Citizen journalist at No Fibs
Sally is a fifty-something semi-retired wife, mother and soon-to-be grandmother living in the regional centre of Geraldton in the mid west of Western Australia. "I am a life-long advocate for a better humanity, and have been an activist for the environment and social justice since my teenage years," she said.

"I have public sector management experience, and for the past 20 years have worked as a consultant in the areas of strategic planning, change management, organisational development, social planning (health, aged and community service sectors); and specialise in personal development and life skills training. I have been an elected local government representative, and have worked within all three tiers of government. I am passionate about equitable access to relevant and appropriate services for people living in rural and remote areas."

Four words that mean the difference between goodies and baddies, to put it into terms our Prime Minister will understand.

So what do these four words that motivated 100,000 people to March in March really mean?

Integrity is the adherence to moral and ethical principles.  It is demonstrating a sound moral character.  It is being honest.

Decency is about being worthy of respect.  It is a reflection of adequateness and fairness.  Decency is kind, obliging, generous – suitable and appropriate.

Transparency is showing how everything really is – see through, nothing hidden – everything there for all to see. No secrets or lies.

Accountability is the capacity to satisfy an obligation to report, explain, and or justify something.  It is demonstrating and honouring the responsibility for being answerable to those who have the right to question.

When I look at the current Federal Parliament I see very little evidence of any of these things.  There are good people in Parliament who are there for the right reasons, and do consistently demonstrate these four qualities to the extent they can within a system that is rottenly corrupt – however it is my view they are very much in the minority.  Most are puppets and/or beneficiaries of big business, or pawns in the game of greed and self-interest and self-importance, fuelled by their own ego.

The integrity, decency, transparency and accountability of our Parliaments, both state and federal, have been in a steady decline for decades.  There has always been someone willing to exchange back scratches for time immemorial, however it has now become the norm rather than the exception.  The fossil fuel industries lust for more has taken the entanglement of politics and business to a whole new level as we are currently witnessing with the revelations of the NSW Integrity Commission Against Corruption (ICAC) investigation into Australian Water Holdings that flows over into the Federal arena.

We have witnessed the hoodwinking of the Australian public by Murdoch and other main stream media over the duration of the last government, with both News Corp and the LNP telling what has proven to be bare faced lies to the people of Australia.

And so, as we try to pursue our democratic right, and honour our civic responsibility who can be believe? Who can we trust to represent US in OUR government with integrity, decency, transparency? Do you know?

In voting at the last Federal election I made the assumption that the Greens candidate might be my best shot at that.  My assessment of this party was that the things they were concerned about – the environment, renewable energy, climate change, asylum seekers, refugees, public transport infrastructure were all things that would benefit the whole overall.  They also didn’t seem to be well supported by big business and got no media coverage.  As a Western Australian, I also got to vote again in the Senate.  Again Scott Ludlum got my vote – because he consistently demonstrates he satisfies these four core values that I hold dear in my elected representatives.  Louise Pratt got my second vote – again she met my standards.

This is not about party politics – this is about the personal values and standards of the people who hold the position of service to the community in being a paid elected representative.  They go to the House of REPRESENTATIVES – the people’s representatives – not big business’ representatives.

Another reason I was willing to take a punt on the Greens being principled was that they have had a Bill on the table for a Federal Integrity Commission Against Corruption (ICAC) over the period of two governments.  Alarmingly, they have not had sufficient support from the two major parties to get it through Parliament.  They had another go today in the Senate – any vote was deferred as it was deemed to be “not ready”.

There is no community confidence in either our current government or the political system we currently operate with.  Politicians have been increasingly thinking it is OK to breach the faith of the people.  We first heard it with the “core promises” and “non-core” promises.  Tony Abbott then made a point of telling us not to believe something he said off the cuff – we could only believe something if it was a prepared statement.  In addition to this, he totally betrayed the Australian people when he campaigned in the election to get their vote, and then delivered the Commission of Audit Report and the 2014 Budget that break so many promises.  His interest is in power, not in the common good.  He is willing to sell us all out to big business to get “the top job” – something I am sure he has been lusting after for many years.

At some point, somewhere the idea that the population one serves is not entitled to or worthy of the truth became an integral grain within the fabric of Australian politics.  We are currently being treated like complete and utter idiots.

We will continue to be treated as complete and utter idiots if we, as Australians, don’t honour our civic duty and demand a Federal ICAC.

Demand that major parties work with the Greens to introduce an ICAC into the Federal government landscape.  If they then fail to do so the population can make a reasonable assessment on whether they have integrity, decency, transparency and accountability.  I personally would like to see all the goodies in Parliament, regardless of political persuasion, come out and make a collective public statement of their support for a Federal ICAC – be willing to stand up to the bullies in their party for the good of Australia as a whole, and future generations.

Those of us on the progressive side of politics must take direct action to ensure that a Federal ICAC is implemented as soon as possible.  We can do this by:

You don’t have to support the Greens or sign up for any of their information if you don’t want to – just support them in this.

“Never doubt that a small group of thoughtful, committed citizens can change the world; indeed, it’s the only thing that ever has.”