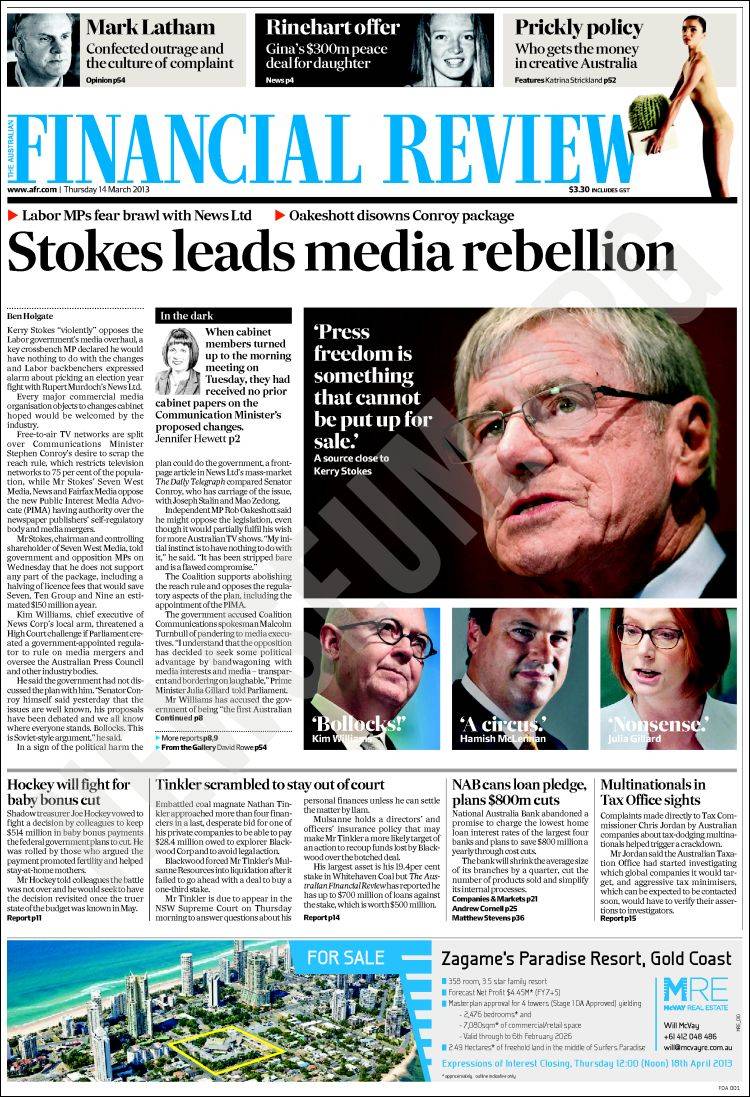 In this post we’ve linked to sane analysis and commentary on media reform. We’ve also asked you to nominate a fair, accurate and balanced MSM news story  – the criteria print media groups tell their self-regulation body the Press Council they strive for. If you can bear it, here is Crikey’s wrap of the print media reaction.

I have been told by an informed source that Murdoch’s media have gone troppo on strengthening self-regulation as a bait and switch tactic. On this view, freedom of the press is a smokescreen for their real objection, that the proposed new laws would seek to limit even more concentration of media ownership by rolling Foxtel into News Ltd. Murdoch also wants all cross media laws abolished. ‘They are playing different game to the one everyone is watching’.

So questions for Abbott, if anyone in the MSM can be bothered – do you support the governments proposals on cross media ownership and strengthening provisions to protect Australians from more concentration of media ownership?

Abbott is a puppet of Murdoch. Be afraid.

Anyone seen anything on what the media reforms would mean for the size and reach of Murdoch’s Australian empire? Is there anything out there?

Martin Hirst: From ‘hate media’ to another fine mess: How media reform got derailed

Bernard Keane: The Stalinist nightmare of the media regulating itself

Bernard Keane: If you want to see government control of journalism, try this:

Matthew Knott: Freedom of speech at risk? How Conroy’s advocate could hurt

Wendy Bacon: Conroy’s All Or Nothing Media Reforms

Ben Eltham: The Media And The Arts Both Need Diversity

Of comrade Cconroy and the loon pond

Richard Aedy: Reporting on yourself – Media coverage of its own reform and regulations 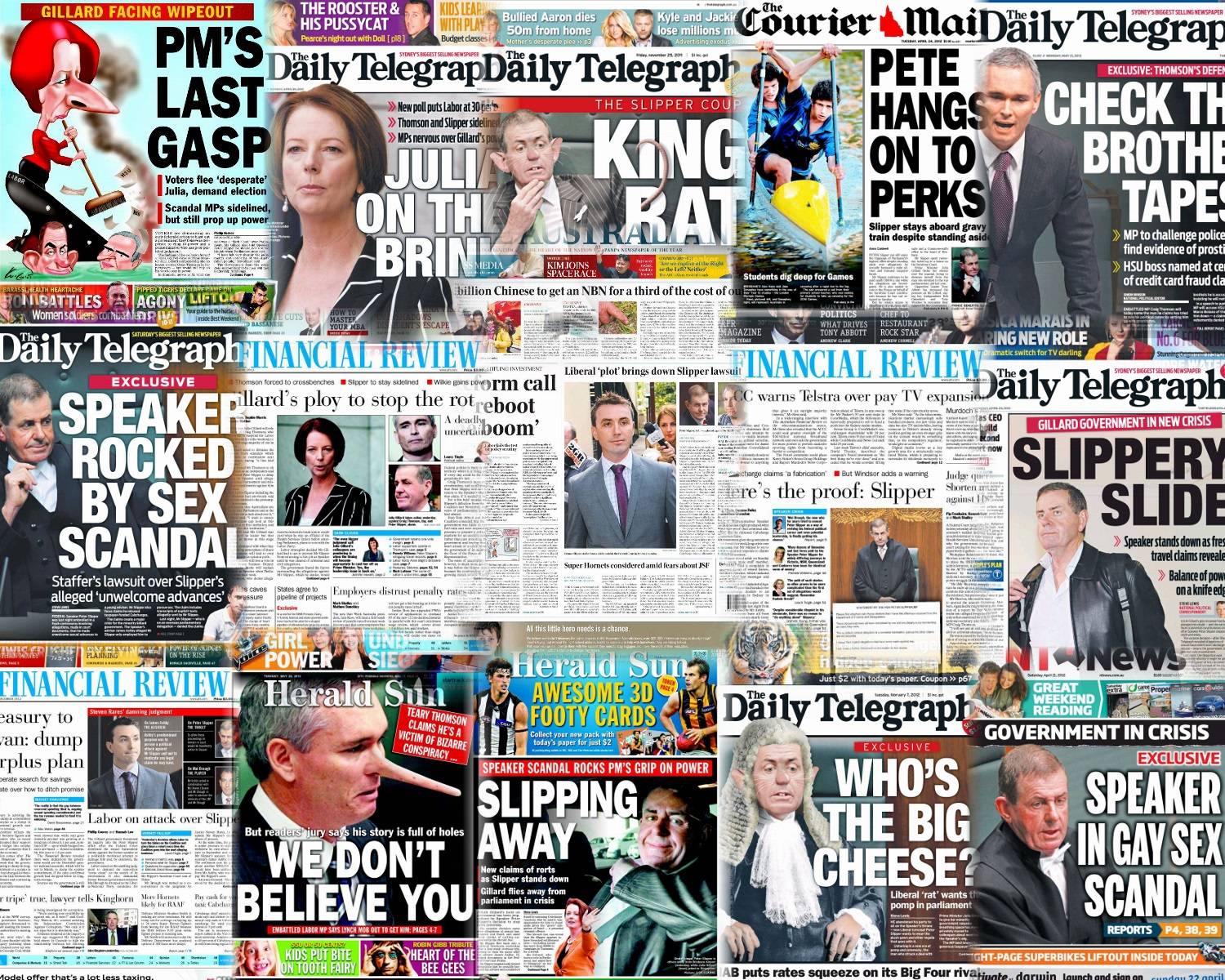