Your brief on the Santos #CSG #Pilliga saga, by @Wilderness_Aus 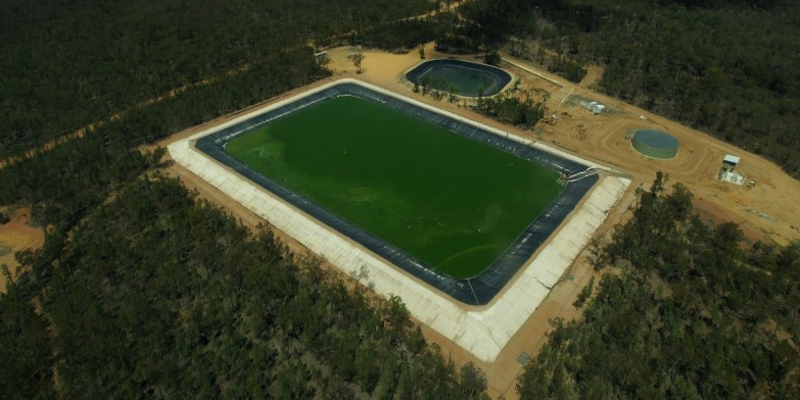 Introduction by Margo Kingston These are the latest media briefing notes of the Wilderness Society on the long-running fight to stop Santos fracking the #Pilliga State Forest on the Liverpool Plains in NSW for #CSG. I thought No Fibs readers might find the briefing useful as the story is now politically explosive and will get even more complicated. No Fibs citizen journalist Iris Ray Nunn is No Fibs’ #Pilliga reporter. Her latest report is ‘Repair and hope for the Pilliga Forest’.

Gas fracking giant Santos has been found guilty of poisoning an aquifer in the Pilliga Forest in north-west NSW with radioactive uranium 20 times safe levels as well as toxic heavy metals.

The Pilliga is a major recharge zone for the Great Artesian Basin, which is a critical water source for farmers and inland Australia.

The NSW Environment Protection Authority (EPA) fined Santos just $1500 on February 11 for this contamination when the maximum fine is $1 million.

Santos continues to mislead the public. The large trouble-plagued Bibblewindi 3 waste-water pond (below) still holds toxic waste water and was still leaking as of November 2013, according to a government document, despite Santos’ claims it was ‘decommissioned’ in December 2011. 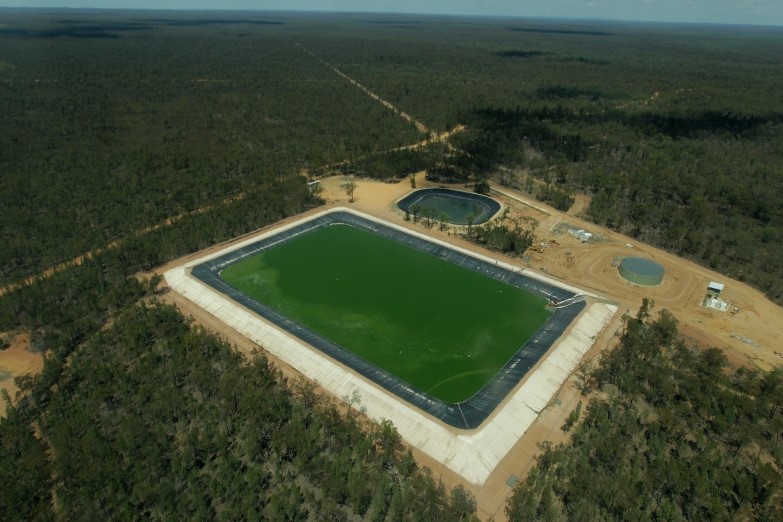 Santos aims to drill 850 coal seam gas wells throughout the Pilliga and across farmland around Narrabri, before expanding across north-west NSW.

NSW Deputy Premier Andrew Stoner signed a memorandum of understanding with Santos to fast-track the project just two days after the EPA announced the fine for this latest contamination.

18, a week after Santos was fined, but journalists reporting the issue did not receive it.

The EPA gave no details of the contamination and has not released the report.

The EPA did not tell community groups the results of the investigation as promised. The pollution events have only come to light because of ongoing community research and the media.

It took a year for the EPA to fine Santos after the leak was first reported.

More than 600 famers and community members called on a ban on coal seam gas in NSW at a meeting in Narrabri last month.

There is increasing resistance and protest activity by farmers who are concerned about their groundwater supplies if coal seam gas spreads across the region. This confirmation of aquifer contamination will only increase resistance.

Six people from north-west NSW, including three farmers from Coonamble, have been arrested trying to protect water resources.

Santos has a long tragic history of failure in the Pilliga Forest, with at least 20 toxic coal seam gas waste water spills and continuing leaks from evaporation ponds, and Santos has revealed no plans on how to treat the toxic waste water.

There have been 20 reported spills of toxic coal seam gas waste water in the Pilliga Forest but there may be many more as Santos has admitted keeping incomplete records.

The 16 spills that Santos has recorded shows leaks from all parts of the operations, from evaporation ponds, pipelines, the waste-water treatment facilities and at well sites.

A spill in June 2011 resulted in 10,000 litres of untreated toxic coal seam gas waste water containing a dangerous cocktail of heavy metals (including arsenic, lead and chromium), salts and petrochemicals that killed vegetation and wildlife. Santos was fined a paltry $52,000 when the maximum penalty for one offence is $1 million.

In 2010 toxic coal seam gas waste water was discharged on two occasions into Bohena Creek, part of the Murray-Darling Basin. The EPA fined Santos a paltry $3000 in July 2012 even though the maximum penalty is $1 million per offence.

All this damage was from just 56 exploration wells. Santos plans to overrun north-west NSW with thousands of gas wells.

Santos now plans to drill 850 gas wells throughout the Pilliga forest and across the productive Narrabri farmland, before expanding across north-west NSW.

Santos must take full responsibility of their ongoing inability to stop this aquifer contamination. Santos reported this latest spill in March 2013, more than a year after it acquired Eastern Star Gas in November 2011.

Santos regularly pays for advertising and tells local landholders that the industry will not pollute groundwater or put water resources at risk.

Last week Santos stated on a full page ad in the North West magazine that, “We won’t affect the quantity or quality of water available to other users”. Here is another example: 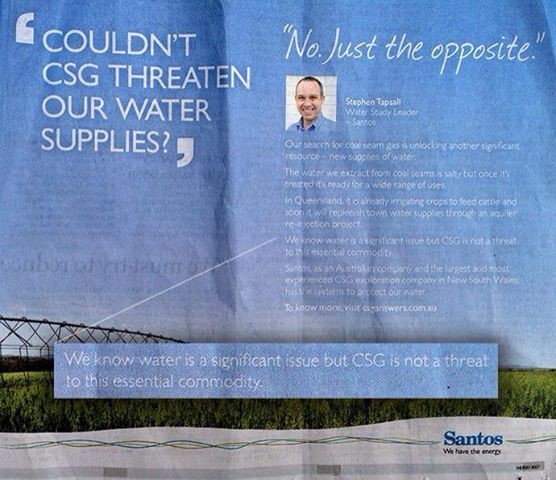 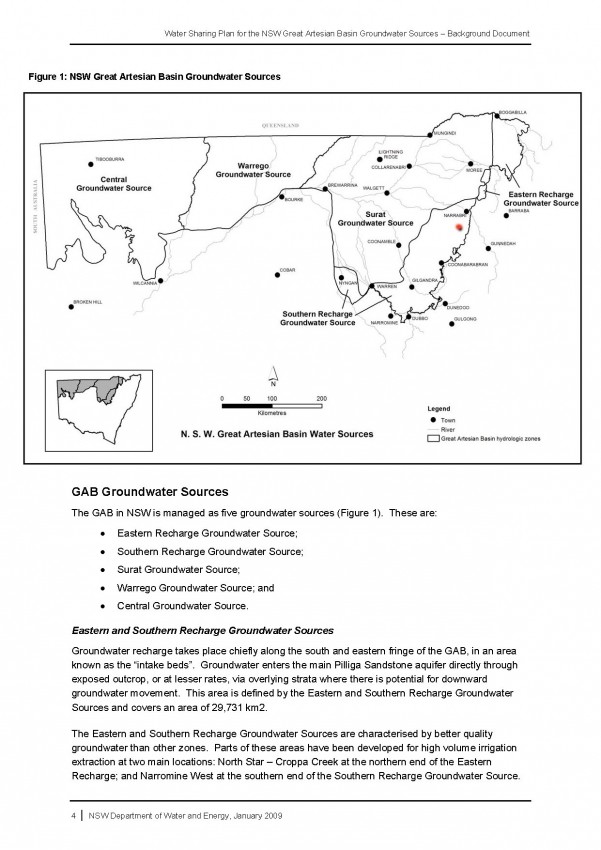 This map shows the Pilliga in relation to the Great Artesian Basin from the NSW Department of Water and Energy 2009 (with the red dot added to show location of latest spill).