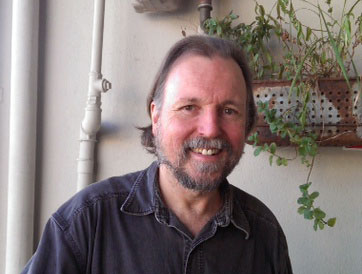 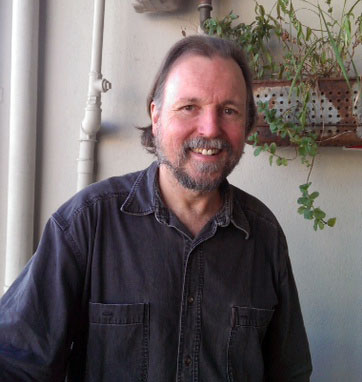 Philip Sutton – Save the Planet Party Candidate for Batman, Victoria

When Save the Planet Party’s Batman candidate, Philip Sutton, was little he wanted to work in a zoo, so he studied veterinary science. In 1974 he decided the world needed to be saved. He never practiced as a vet, instead becoming deeply involved in environmental education and activism.

Sutton was a Labor Party member for 10 years, then joined the Greens. “Just before I got involved in the ALP I thought to myself, if I did one thing in my life, what would it be? I decided it would be to get endangered species legislation on the books. In the 1982 election I managed by pushing and shoving and a bit of good luck, to get that into the ALP election platform. A while later after working further on it in the public service, the Flora and Fauna Guarantee Legislation was adopted.”

Sutton is one of eight candidates in Australia representing the brand-new Save the Planet Party. Adrian Whitehead, the founder and main campaign organiser, is the candidate for Corangamite. Sutton, a self-described “policy wonk”, specialises in strategy and policy.  He lives in an apartment in Fairfield, grows vegies in boxes with compost he makes at his flat, and has two sons – one has just started high school and Sutton cares for him part-time. He rode his bike to meet me in the newest West Preston café Fu Man Chu.

Favell: Is this the first time you have gone for politics?

Sutton: I’ve been involved in political things for a long time – but I never ever thought I’d stand for election. I worked for the state government in the 1980s and had a lot to do with policy making. So I was aware of the life of ministers and ministerial advisers, but that kind of posturing is not my way of operating. We’re trying to do something quite a bit different through Save the Planet.

Favell: So what is the Save the Planet Party?

Sutton: It’s a campaigning group that includes the political or electoral process as part of what we do. The people in the party feel we have to move very very fast to tackle climate change and a range of other sustainability issues. So in Batman our plan is to work on what we believe is the first community-based Emergency Plan for a local government area.

Favell: So will the campaigning be about your Emergency Plan rather than necessarily getting in?

Sutton: That’s right. The normal trajectory for political parties is they take quite a while to form unless you have a Pauline Hanson or celebrity who taps some particular undercurrent. It is very unlikely we will build up to any kind of numbers where we have members in parliament or large numbers of people voting for us. The election is an event, but it’s not the main game for us.

Favell: What are your campaign strategies? Will you call meetings?

Sutton: We will contact community groups and invite discussions with them and quickly produce a Mark 1 version of the Emergency Plan. But given the speed in which things need to be done, the civic society change point and the social networking change area is the most important.

Favell: You’ve had a long history in the environment movement and you have been advocating that there is a climate emergency for some years. Does it feel like people are just not listening?

Sutton: Lots of people listen a bit. Some people are really concerned. The thing that holds them back is they cannot imagine how we’d organise ourselves out of the current situation. It seems too complicated, too hard, too many vested interests and they don’t know where to start.

Favell: What would you say to someone who says that it’s too hard?  Would you give practical advice?

Sutton: We can all do it (fight climate change) in terms of lifestyle, consumption, non-consumption. And individual decisions can shape the economy over time. Recently the adoption of solar panels in Australia has actually changed the dynamics of the energy market. We’ve had energy demand falling from the grid, which is unprecedented in a non-recession situation. It’s something I didn’t anticipate. One of the few pleasant surprises.

Beyond Zero Emissions have done a fantastic report that shows we could have 100{17ac88c265afb328fa89088ab635a2a63864fdefdd7caa0964376053e8ea14b3} renewables in 10 years at marginally more expense than the current system. But what are all the changes we need? Switch transport to renewable energy, emphasise energy efficiency across the board, change consumption patterns: there’s 50 to 100 substantial campaigns in all that. The community can’t cope with all these campaigns at once. So we’re suggesting something different. The Save the Planet Party campaign demand is that government just do the package, the whole damn lot. Of course that’s a big ask. But everywhere you look, in different parts of the world, the current extreme weather events have been hitting people really severely. The effect of climate change on Earth systems are actually here and now issues – like the Arctic melt with its big implications for melting permafrost, making temperatures much worse.

Favell: How could this Emergency Plan be put into effect quickly?

Sutton: In the very first year there would be an intensive community engagement program where we go to people and ask them why not act on climate change? We would respectfully work through the issues with people around the impacts they will experience from uncontrolled climate change. In John Howard’s time he spent a billion dollars on PR to sell his policies. I think we should do the same – spend a billion dollars on deliberative democracy so everyone can have access to it – which is very labor intensive. Employers could be paid by government to give citizens time off, and people can be part of this deliberation exercise. We would do this early and intensely.

Secondly, in order to avoid more emissions, instead of trading schemes – although I’m not against trading schemes – you say to industry, as of date X, all future investments have to be zero emissions. Boom. Done. There is enough technology around, they just plan for it and do it. We would have, say, a 10-year period to decommission the things that cause the existing emissions, including working out a socially fair compensation. People will ask in the deliberative phase, could we afford to do that? A bit like in wartime, we would ask, are you prepared to tighten your belt slightly to help solve this climate emergency, if afterwards we would have a prosperous but sustainable society?

Favell: Are you optimistic that your plan is achievable?

Sutton: We are trying not to live in a fantasy-land where we assume everyone will wake up in the morning and decide it’s a good thing. We have to work out how to connect with people. We’ve got our high order policies which we strongly stand for: emergency response to restoring a safe climate and sustainability. But because of the urgency, we want to take the issue across the political spectrum.

So if we produce different sets of implementation policies, one of them middle of the road, one left and one right, we can say to people – there is no excuse. Regardless of how you see yourself on the political spectrum, this issue is so important it should be something you take notice of and something you can respond to – and this is how you could do it from these different perspectives.

If we start in communities like Batman where there is a higher commitment to climate action, even the right-wingers would be more onside than in some other electorates. The speed of change is such that we need to have local councils, state governments and the national government getting behind it and enough support from community business as well so that governments have a mandate to act strongly.

Favell: What differentiates you from the Greens?

Sutton: Well, Christine Milne and Adam Bandt since 2009 have said we are facing an emergency climate situation, but they don’t present an emergency response. The Greens are concerned about maintaining the soft Green vote, so they are trying to be not too over the top. What we are saying to the Greens is – we can do it for them. We can go out there and say let’s go for an emergency response. Initially a lot of people will see it as extreme or confronting. But after we have done it for a while, it will cease to be strange. Then if the Greens want to pick it up, so much the better. So our success factor is the social and political take up of the emergency response or plan.

Favell: So this is a lateral way of coming at politics, where you’re admitting it’s not about getting elected.

Sutton: Yes. A lot of people will see us as a single-issue party – sustainability, climate change – which is completely true. So we won’t try to take positions on the full spectrum of issues. And if by some amazing miracle anybody from the party ever got elected, then on the issues that are not core to the party they would act as independents.

Favell: So the climate emergency is what binds you together, and individuals have their own opinion on say, equal marriage or refugees?

Favell: So what do you think about refugees, Philip?

Sutton: I think people need to be treated humanely. One of the things that’s worrying me about the plan to settle all refugees in PNG is the social implications of what that means in PNG itself. It’s been taken for a purely pragmatic reason for Australians to dig themselves out of a hole, which I think is reprehensible. I think multicultural society is the way to go, but I think people should be able to choose to go that way rather than have it forced on them.

Favell: I suppose they are hoping no one will turn up…

Sutton: Well, they will keep coming.

Favell: And in the next few weeks, what will you be doing?

Sutton: My way of campaigning will be different from all of the other candidates. A lot of my work will continue to be in the strategy development area. So my next job is to write up the very very first draft or outline of the emergency plan and I’ll be trying to get press around the plan. When the election is over we will continue to work doing community connection around the emergency plan. And we’re hoping more volunteers will be involved.