Secrets of a Hollywood king from Kiama: @burgewords #CreatingWaves on Orry-Kelly 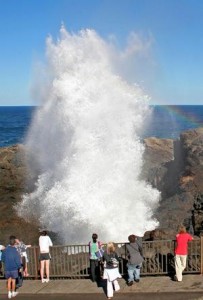 JUST about everyone I knew as a kid went to Kiama for the school holidays.

Apart from its famous blow-hole, through which the ocean mysteriously forces a geyser-like spray to the delight of tourists, there is nothing extraordinary about this sleepy town which has all the caravan parks, bait shops and holiday rentals of every town on the south coast of NSW.

At the back of my mind on a nostalgic return trip a decade ago was Kiama’s most famous son, the three-time Oscar-winning costume designer, Orry-Kelly.

I half expected to see a worn plaque on an old civic building, or perhaps a statue. After all, it’s not every day an Australian from a small town wins three Academy Awards.

But there was nothing. I joked about the oversight with a lady at the well-stocked charity shop at the town centre, and she looked at me as though I was slightly unhinged.

Remembering Orry-Kelly comes with a pretty big Hollywood revelation, one which has undoubtedly contributed to his relative anonymity in the country of his birth. 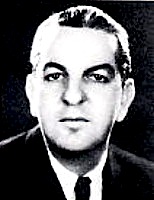 The facts about Orry-Kelly (1897-1964) are undeniable. In his lifetime he became, like Adrian, a one-name icon of movie couture. Barely a leading lady worth her salt would grace the screen without passing through his Hollywood fitting room from the 1930s until the 1960s.

Bette Davis reportedly would not make a film without him. Responsible for some indelible movie outfits, like the fringed black number Marilyn Monroe’s shimmied so effectively in with her ukulele in Billy Wilder’s Some Like it Hot, Orry-Kelly was Hollywood royalty.

In that era, a result of sodomy laws that were not repealed in California until 1962, Orry, or ‘Jack’ Kelly, as he was known to his friends, sat on one of the worst kept secrets in movies.

He was, like many a ladies’ costumier before and since, gay.

Although Kiama, and Australia, did not forgot Orry-Kelly for that reason alone. 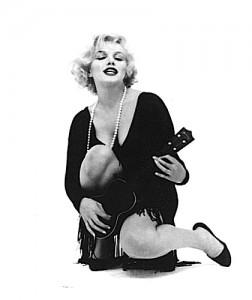 Marilyn Monroe in Some Like it Hot (1959) in an Orry-Kelly original.

Since Australian Lizzy Gardiner won an Oscar for her costumes for The Adventures  of Priscilla, Queen of the Desert, and Catherine Martin broke Orry-Kelly’s fifty-year reign as our Oscar record-holder for her work on The Great Gatsby, in film and design industry circles, Kelly has been well remembered.

But remembering Orry-Kelly comes with a pretty big Hollywood revelation, one which has undoubtedly contributed to his relative anonymity in the country of his birth, because Kiama’s forgotten son knew another Hollywood icon, loved and lived with him, long before they both made it big on the silver screen.

The young fellow was a British born vaudeville performer called Archie Leach, whom Kelly met after leaving Kiama and heading for New York, when Jack was 24 and Archie was just 17.

The two shared an apartment with Charlie Phelps (a “hermaphrodite performer” under the stage name ‘Charlie Spangles’, according to writer W.J. Mann) and lived a rather romantic-sounding existence in the gay subculture of Greenwich Village.

Tall and handsome, Archie quickly got work in Broadway musicals. Jack wanted an acting career too, although his design skills were quickly employed on everything from movie titles to bathrooms. 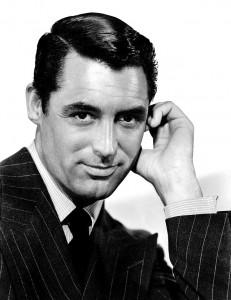 The two were lovers, until Archie eventually headed for the west coast and changed his name, on the way to becoming one of Hollywood’s most enduring leading men: Cary Grant.

Jack followed, and reinvented himself as the hyphenated Orry-Kelly, costumier on over 200 movies, winning Oscars for An American in Paris, Les Girls and Some Like it Hot in the 1950s. Amongst his truly iconic films was one of cinema’s greats – Casablanca.

Nevertheless, their friendship remained deep enough for Grant to serve as one of Kelly’s pallbearers after his 1964 cancer-related death, alongside actor Tony Curtis and directors George Cukor and Billy Wilder.

His eulogy was delivered by movie mogul and friend, Jack Warner.

This was admiration indeed, but was it also simply necessary for friends to step-up in the absence of family half a world away in the southern hemisphere?

Despite the distance he put between himself and his home town, connections to Kiama ran deep for Orry-Kelly. Outfitting was in his blood – his father, William Kelly, a tailor from the Isle of Man, was a clothier in the coastal town.

After his father’s death, Orry-Kelly returned to Kiama briefly to his family home, which was above his father’s shop.

And his name was no Hollywood fake – ‘Orry’ was to remember the great Manx King Orry, a name which William Kelly, and Orry’s mother, Sydney-born Florence Purdue, gave not only their son, but also a hybridised Carnation flower.

Orry-Kelly’s life story is on the brink of taking its rightful place in our consciousness with the release of Director Gillian Armstrong’s documentary Women He’s Undressed, and the much-anticipated publication of Kelly’s ‘unpublishable’ autobiography.

Although the story of the making of the doco, to be released by Umbrella Entertainment, might prove to be as interesting as the documentary itself.

Telling Orry-Kelly’s story would have been a hollow exercise without his memoir to fill in the gaps between the many myths about his life, but access to it was a slow process for the filmmakers. 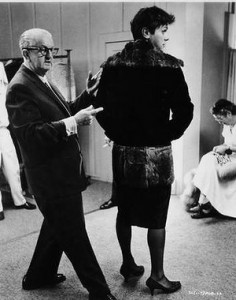 Orry-Kelly and Tony Curtis in a costume fitting for Some Like it Hot.

Lying uncatalogued in the Warner Brothers’ research library for five decades, the manuscript possibly came into that company’s hands after Kelly’s death, when certain of his personal items – including his three Oscars – were granted to Jack Warner’s wife, Ann.

But due to reported legal concerns expressed by the estate of Cary Grant, who died in 1986, the manuscript languished because it apparently detailed Kelly’s relationship with the screen idol.

Warner Brothers now owns some of Cary Grant’s most famous films, including The Philadelphia Story, one of his breakthrough ‘leading man’ roles.

Only one other copy of Kelly’s memoir came to light, after a long search within his remaining family in NSW, secreted in a pillowcase in Kelly’s great niece’s home in the Hawkesbury region north-west of Sydney.

Gillian Armstrong made light of the coincidental nature of both copies coming to her attention in the same week, during the period when financing the film that will out both Cary Grant and address a lingering omission in Australian history, was looking far from certain.

In Archie Leach’s birthplace, the English city of Bristol, a statue was unveiled in 2001 for the vaudeville performer who became Cary Grant, one of Hollywood’s most beloved idols who regularly features in the top five of ‘favourite movie stars of all time’ lists. His widow, Barbara James, performed the unveiling.

Since my visit to Kiama, an art gallery remembering Orry-Kelly has opened it’s doors, but Kiama never had anything to worry about – their most famous son didn’t pretend to be anything he wasn’t.