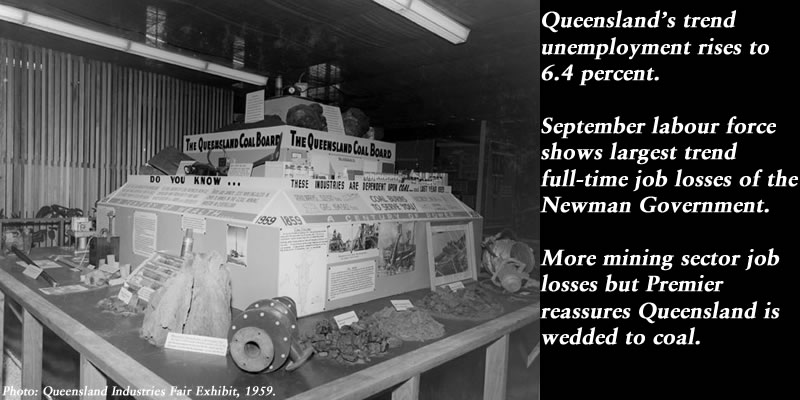 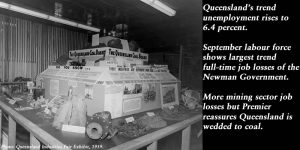 The trend unemployment rate for August was revised down from 6.7 percent to 6.3 percent. The September unemployment rate was up a notch to 6.4pc. Seasonally adjusted figures for labour force have not been supplied this month from Queensland Treasury and Trade with them noting;

While the ABS has maintained its seasonally adjusted series, these data are the same as the original series for estimates from July 2014. This issue is expected to be resolved for the October 2014 Labour Force release.

In a recent ABC News Queensland bulletin, the Queensland Resources Council estimated that thousands of mining jobs have been lost across central Queensland over the last two years.

However, Queensland Premier Campbell Newman reassured the sector that, “coal is going to be needed for many, many decades to come.”

“Using LNG, as (an) example, basically for every ten construction workers you have on these projects, you only need one to come in in the morning to turn on the lights when they’re up and running,” he said.

“That’s why we really need those other sectors like residential construction to pick up to generate the new jobs.”

All regional data comes from ‘Regional labour force’ from Queensland Treasury and Trade.

The August trend figure for unemployment was revised down from 6.7pc to 6.3pc. In September there was a -0.3pc fall in FTE and a 0.2pc rise in PTE. Unemployment rose from 6.3pc to 6.4pc.

There was no seasonally adjusted data supplied for September unemployment.

There was no seasonally adjusted data supplied for September job creation. 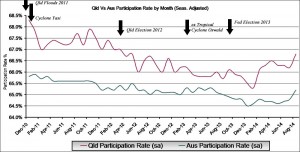 There was no seasonally adjusted data supplied for September participation rate. 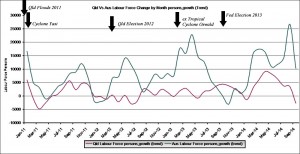 In terms of trend Labour force Australia rose by 10,200 persons but Queensland fell by 2,700 persons. 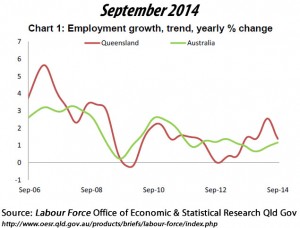 This graph shows the worst unemployment regions of Queensland. Moreton Bay – North rose from 9.5pc to 9.7pc. Ipswich remained on 9.6pc. Wide Bay remained on 8.8pc. Cairns fell from 7.9pc to 7.7pc. The Sunshine Coast rose from 6.9pc to 7.0pc. 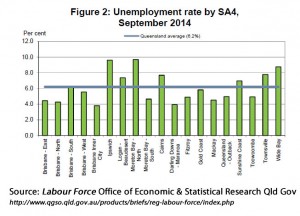 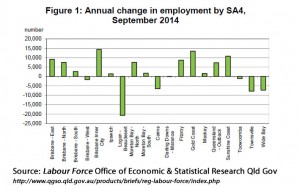