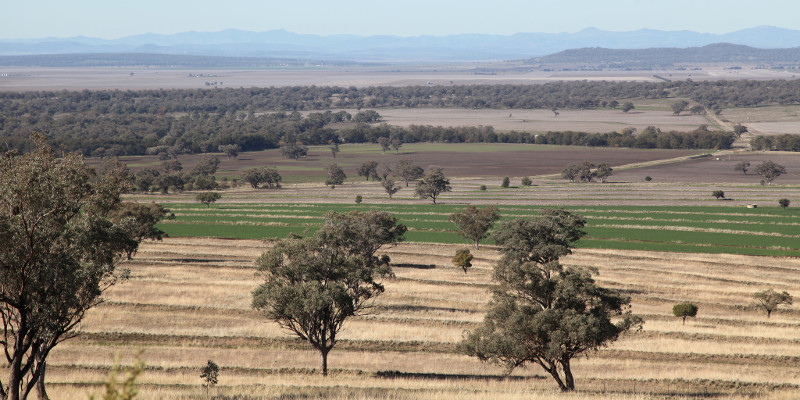 The proposed Shenhua Watermark coal mine on the Liverpool Plains has been widely opposed by farmers and environmentalists, but it appears the energy transition of China and the economics of coal have ultimately doomed the project reports John Englart.


The fact is China ‘Is Getting Serious’ About Scaling Back Coal. A rapid transition is taking place in China transitioning to renewable energy and scaling back coal power. Part of this is the concern over chronic air pollution problems.

“We predict coal prices will remain at a low level, losses among coal enterprises will worsen, some coal mines will cut or suspend production and output for the whole year will steadily drop,” the firm said, according to a Reuters article.

Barnaby Joyce, the MP for New England and Deputy Prime Minister was heavily criticised by farmers and environmentalist for not stopping the mine proposal from going ahead. He is now happy that one issue has seemingly been removed from the election contest for New England. He faces stiff competition from Tony Windsor, the former Independent MP for the seat, who announced his return from retirement to challenge Joyce.

SBS reported that Barnaby cheers over Shenhua mine doubts.

“Even the world’s biggest coal miner has recognised that there is no need for new coal and it’s up to Barnaby Joyce and Mike Baird to create certainty for the farmers of the Liverpool Plains by negotiating an exit for Shenhua,” said Greens MP Jeremy Buckingham.

“It’s economically and strategically foolish for the Coalition and Labor to fail to acknowledge that the future is renewable energy and sustainable agriculture, not giant coal mines in our food bowl.

“Barnaby Joyce has failed to use his significant power as Deputy Prime Minister and Agriculture and Water Minister. Unless he can negotiate a swift and fair exit for Shenhua and save the Liverpool Plains, the voters of New England should throw him out.

Both of these mines are uneconomic at current coal prices in an industry in structural decline due to changes in development of India and China with the transition to renewables, an imperative of climate change driven in part by international climate negotiations.

Farmers of the Liverpool Plains were particularly concerned about impacts on agricultural operations and changes to groundwater in a major food production region.

“If anything happens to the irrigation water, this country is annihilated…” tweeted StopShenhua

“Current groundwater models being used to forecast the impact of mining and agriculture on the groundwater resources use an overly simplistic two layer model of the paleovalley-filling sediments. Such simple models cannot be used to accurately model local impacts.” says the media release for the study by Acworth et al (2015): Late Cenozoic paleovalley fill sequence from the Southern Liverpool Plains, New South Wales — implications for groundwater resource evaluation.

The mine will also devastate the Liverpool Plains koala population. The mine will obliterate 847 hectares of koala habitat. A local population of about 262 koalas would need to be translocated, even though translocation in the past have resulted in substantial death rates.

The NSW Land and Environment Court ruled in February 2016 that development could proceed and koala habitat destroyed with koalas translocated. Read more at this Sydney Morning Herald report: Shenhua coalmine given go-ahead to destroy koala habitat.

In February 2016 it was also becoming very clear the economics of the mine were difficult. Although the company had applied to renew its exploration licence, it had not applied for a mining lease, despite already having development consent from the State Government, reported ABC News: Shenhua coal mine: Controversial Liverpool Plains project ‘unlikely’ to go ahead, Government sources say.

Here is my storify slideshow of social media associated with this story: