Show us the #CSG data on health and wellbeing: Mark Doyle reports 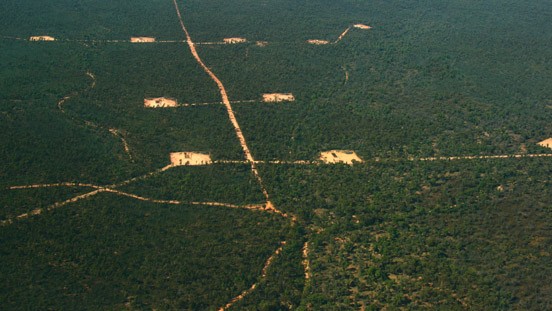 What are the risks of coal seam gas mining on the health and wellbeing of people and their communities?

I am a facts and figures kind of person. When people claim health benefits for coffee or chocolate, or health risks from eating saturated fats, my response is, ‘show me the data!’

Such data are generated through well designed epidemiological studies. Studies of chemical exposures can be complex to design and interpret. Researchers often need to disentangle possible associations with a range of illnesses, and multiple exposures.

For example, farmers frequently use pesticides and herbicides, and farms can be risky places to live and work. If you add to this mix the chemicals used in coal seam gas )CSG) extraction, the range of exposures and their possible effects could be myriad. Further, such studies may also need to consider genetic susceptibility to particular conditions, as well as known lifestyle risks (e.g. smoking) and other environmental factors.

If the chemicals and their concentrations are known, existing epidemiology literature may be the best starting point to determine potential risks.

The commercial production of CSG began in Queensland in 1996, and over the past five to ten years has increased substantially in Queensland and New South Wales, however to date very little research has been conducted locally on the environmental and health impacts of its production.

So while it might be right to demand to see the data, when it comes to CSG production in Australia, the first question is: “Where is the data?”

Some research is finally being done in Australia, but it is very late in the day for CSG. It was not until 2012 for example, that the Gillard government established the Independent Expert Scientific Committee on Coal Seam Gas and Large Coal Mining Development (IESC). The committee, chaired by isa Corbyn, has four priority areas, one of which is to look at the human and environmental health impacts of mining.

This project is a joint collaboration between a number of Commonwealth agencies. It was commissioned by the Office of Water Science (which sits within the Department of the Environment) and is being coordinated by the National Industrial Chemicals Notification and Assessment Scheme (NICNAS). The CSIRO is a partner, and is looking specifically and surface and ground water modelling. Geoscience Australia is assisting with data.

NICNAS in its FAQs on the National Assessment of Chemicals Associated with Coal Seam Gas Extraction in Australia study reports that:

“Coal seams are known to contain chemicals that may be mobilised during hydraulic fracturing activities. Heavy metals (such as mercury and lead), radio-isotopes and organic contaminants (such as petroleum hydrocarbons and phenols) are known to occur naturally in coal seams. The project will assess the potential mobility of these contaminants from coal seams due to CSG operations and will determine the need for a human health risk assessment. Depending on the availability of data, preliminary environmental risks from these contaminants will be considered.”

The project is currently in the process of identifying chemicals used in, or resulting from, CSG processes in Australia and is assessing risks to surface and near surface parts of the environment, as well as human health impacts. It is due to be completed in 2014.

So apart from this project and the recent Queensland Health risk assessment of health complaints in the Tara region it appears that to date there are no epidemiological studies available that are based on the Australian CSG experience.

An exception is a study that was reported recently in the Queensland Country Life looking at health and CSG. Angela Werner, a PhD student at University of Queensland (UQ), is conducting a research project into the public health impacts of natural resource development.

No Fibs spoke with Ms Werner, who is based in the Minerals Industry Safety and Health Centre (MISHC) at UQ. She said her funding was University based and not from industry sources.

The project is also looking at retrospective hospital data covering the period 1995-2011.

She hopes to complete the work in mid July 2014 and she intends to take her results back to the communities concerned.

The slow start on CSG health research stands in stark contrast to responses to the possible health effects of wind farms, especially when it is already known that harmful chemicals are potentially being released during CSG extraction as reported by NICNAS.

In 2009, the National Health and Medical Research Council (NHMRC) was asked to complete a rapid review of the evidence from current literature on the issue of wind turbines and potential impacts on human health, and concluded in its 2010 report that:

The NHMRC noted further: “There are two opposing viewpoints regarding wind turbines and their potential effect on human health. It is important to note that these views are frequently presented by groups or people with vested interests”

The NHMRC is continuing to investigate the impact of wind farms on human health.

Alongside this work, in October 2010 a Senate Committee was established to investigate the environmental and health effects of wind farms. While it found no conclusive evidence of an association between wind farms and adverse health effects, the committee recommended in its interim report:

“… that the Commonwealth Government initiate as a matter of priority thorough, adequately resourced epidemiological and laboratory studies of the possible effects of wind farms on human health. This research must engage across industry and community, and include an advisory process representing the range of interests and concerns.”

It was recently reported in The Australian Financial Review that an independent study of wind farms and noise is among the environmental priorities of the Abbott government.

The danger is of course that both proponents and opponents of new technologies such as wind farms and CSG can use health issues to serve opposing political aims, so it is important that any research on health, as well as being timely, is both independent and rigorous.

Perhaps things will change in the wake of Tony Abbott’s visit to Debbie in Tara earlier this month, and his reported pledge to ensure that more environmental health testing will be carried out.