Silencing the ones who serve you: a public servant speaks out 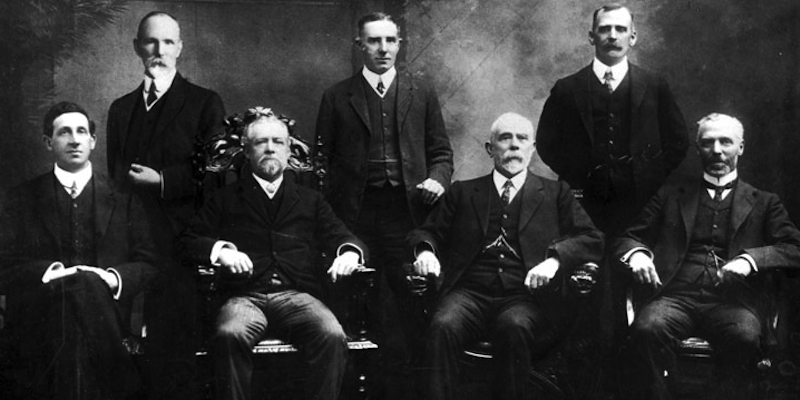 Margo says: No Fibs is loath to publish anonymous contributions, and does so only when I believe the author has compelling reasons to remain anonymous and publication of their article is in the public interest. In this post, a public servant who believes his or her right to private free speech is potentially so gutted by the Abbott Government's new social media policies that, if named, sacking or discipline could be the result.

Latest posts by A public servant (see all)

As a public servant of some 20 years’ standing I don’t expect much support from the general population these days, but it has been heartening this week to see some impassioned responses from a range of respected commentators on social media to the new ‘dob in a colleague’ policy formulated for its staff by the Department of Prime Minister and Cabinet (DPM&C).

The Community and Public Sector Union and the Human Rights Commissioner Gillian Triggs, have also roundly condemned the policy.

There is no need to repeat here the arguments put so well by Greg Jericho (@grogsgromit) on ABCs The Drum; or by Paula Matthewson (@dragonista) in The Hoopla; by Michael Burge (@burgewords) in No Fibs, and Jennifer Wilson in No Place for Sheep, but I want to add a few observations of my own.

Following the 1996 election I remember clear directives from management that we were now to consider the government of the day and our Ministers as our key stakeholders, not the client.

The Australian Public Service (APS) consists of over 100 agencies and approximately 165,000 staff. It provides services to the Australian community on behalf of the government of the day, which range from pension payments to the aged and to veterans, to agricultural and trade policy, education, the environment and science, women’s rights, transport and defence. In other words, the responsibilities of the Australian public sector cross all aspects of social and civic life.

On the other hand, most individual public servants work within quite discrete portfolio areas. The bulk of work done within the public sector, as others have observed, is processing payments, managing contracts, and routine administrative work. While I accept the argument that an employee of a company with a very specific function, such as Qantas or even News Corp, puts their employment at risk if they openly criticise their company or their boss, it is difficult to apply a similar set of standards to an Australian public servant. This would imply that a public servant working, say, on the counter at Centrelink, could not take a publicly critical view of the current government’s policies on climate change, or on asylum seekers. That is an absurd proposition.

In the past I think most public servants would have assumed that they have a right as private citizens to belong to a political party, to write to their local member of parliament on issues of policy, and to join other citizens in peaceful protests. Very few would see these activities as an impediment to fulfilling their daytime responsibilities of administering government policy and programs as required, in a professional and non-partisan way. Further, very few public servants are known outside of the work place as ‘public servants’. They generally don’t wear uniforms, nor do they have other identifying marks: many never interact directly with clients, and most would never even meet their Minister, let alone advise him or her directly.

I have worked for governments from Hawke to Abbott. While I have held personal views that have sometimes been critical of each successive governments, Labor and Coalition, I have been able to discharge my responsibilities as a public servant according to the Australian Public Service code of conduct. I have exercised my right to protest at rallies and I have expressed views based on the evidence about the adequacy or otherwise of government policies on a range of issues that are important to me. I have always considered that it is my right as a citizen to respectfully disagree. I have also on occasion expressed my agreement and support for a range of government policies and actions.

The Community and Public Sector Union (CPSU) in its statement issued April 9, 2014, indicated that it would like to see a more reasoned discussion with the Australian Public Service Commission (APSC) which would lead to the formulation and articulation of clearly understood policies in relation to the use of social media by APS staff. Currently for public servants, there is just confusion. We don’t know, for example, whether the policies initiated within DPM&C might become policy across the sector. We are confused about where we might stand in relation to signing a public petition, being photographed at a rally, writing to a newspaper, adding a comment on Twitter, clicking the ‘like’ button on Facebook or joining a Facebook group which has a political agenda. Also, following the public hounding of a private citizen by the Department of Immigration and Border Protection (DIBP) it seems we could all (not just public servants) be held accountable for the comments others add to our posts.

It is also hard to know how each agency interprets the notion of ‘criticism’. Who determines what is harsh, gratuitous or offensive? Is it acceptable, for example, to retweet a newspaper cartoon that caricatures the Prime Minister, or to circulate a published article critical of government policy?

The CPSU advises its members in its circular on social media to:

It seems that now the CPSU should add:

Clearly, it is crucial for the public to have trust in the Public Service and the APS should never be seen to be too closely aligned with government. The APS Values and Code of Conduct requiring employees to be apolitical and impartial are important elements in securing public trust. But it is perfectly reasonable to accept that an individual who is a member of a political party can at the same time be apolitical and impartial in the discharge of their duties. I am not myself a member of a political party, but I have worked with those who are, and this has never interfered with their capacity to work professionally for the government of the day. For those for whom this is not personally achievable, perhaps the Public Service is not for them.

In my mind something more than just the advent of social media is at issue here. From my experience it seems that there has been erosion of trust between public servants and governments over a number of years now. Before 1996 I experienced a sense within the sector that public servants and government were partners in delivering services to the Australian people. The client was the key stakeholder in this endeavour; we were, after all, public ‘servants’, charged with serving the public. Following the 1996 election I remember clear directives from management that we were now to consider the government of the day and our Ministers as our key stakeholders, not the client. This was a significant, and for many of us, an uncomfortable shift in the way in which we thought about and managed our work.

Under Keating and more so under Howard we also saw the outsourcing (or privatising) of work previously done within the public sector to the private for profit sector. Since that time, public servants have come to be regarded (or perhaps to regard themselves) as mere functionaries, managing payments and contracts, often with little regard to the experience and expertise they bring to the job. Nevertheless the public sector still competes with the private sector for the brightest graduates and it wants to be seen as an employer of choice.

Is it any wonder that a few public servants may write a few disgruntled tweets?

Just as oppositions routinely talk down Australia’s world class health system for political purposes, the public service is fair game for all oppositions.

As a result, the public has little sympathy for a public service which is patently not respected by its leaders. Indeed, even though they too have mortgages and families, job losses in the public sector are rarely reported with empathy in the media in the way that jobs losses in manufacturing and other industries are. Public Servants are often characterised as lazy, over-paid and over-entitled. It is common to hear politicians criticise the public service, to demand increased productivity and improved service delivery times, and to prioritise cuts, but it is exceptionally rare for politicians or government ministers to praise or commend their public service.

Ministers are often privately very grateful to their departments and their staff for their support during Senate estimates and the like, but such praise is rarely expressed publicly. A public sector that feels little respect from its employer for performing often very difficult jobs is bound to compound feelings of lack of trust and respect.

Over 5,000 Public Service jobs have been cut by the Coalition since the 2013 election, with many thousand more still to go in order to meet their target of 12,000. Next is another round of cuts at the Department of Environment and CSIRO. Is it any wonder that a few public servants may write a few disgruntled tweets?

During a time of resource constraint, of significant machinery-of-government changes, and increasing workload, it would seem sensible for government to work with its public sector, not against it. However, when governments imply, as the DPM&C has done this week, that there is good reason not to trust its staff, and indeed for its staff not to trust one another, the public service may be in real difficulty.

In the same week that the Government’s Royal Commission into the operations of trade unions began its work, the DPM&C’s directives to its staff on social media use may prove to be an unintended recruitment boon for the CPSU. A friend advised me just today that they have finally joined the union.

No Fibs will track the Abbott Government’s censorship of social media users closely. For more on this subject read our piece Silencing the bird.