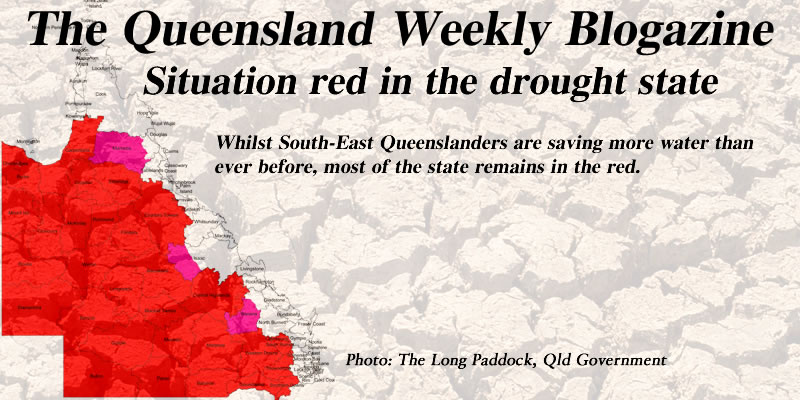 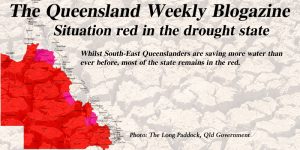 Shane Doherty reported: Prime Minister Malcolm Turnbull has been mobbed by Queenslanders in what is traditional Labor territory, the city of Logan.

PM @TurnbullMalcolm charming the crowd at Beenleigh while protestors chant in the b/g @tennewsqld pic.twitter.com/HPf2s8fbmJ

#GetReadyQld Summer is on the way and so is extreme weather. Sign up for dam release notifications here http://t.co/xec7sAb6lr

Fantastic example of how to use social media by Annastacia Palaszczuk and media team.

More proof it IS 2015! Congratulations to @JustinTrudeau from the 57% female #Queensland Cabinet. #qldpol #cdnpoli pic.twitter.com/xHZHpuTJJ3

Leading by example. Thanks, @AnnastaciaMP! Let's keep it going. https://t.co/KgG43DTlBY

KPMG gets the nod for power merger

Premier for the North

Premier Annastacia Palaszczuk is attempting to do what none of her predecessors have ever truly achieved; unite North Queensland with the South. Historic rumblings of secession to create a North Queensland state show how neglected people of the north feel.

The LNP and the negatives within The Courier Mail will criticise her efforts at the Northern Queensland Economic Summit and pass it off as a talk-fest. With the state comprising 1.853 million km², a Queensland Premier must be like a prime minister in speaking  to as many of her constituents as possible. No doubt her enemies will try to exploit her travel expenses at the next budget estimates.

Remember, we’re no longer living in Newmanland where your opinion only counts at election time. If you disagree with the government, then make a submission opposing the relevant policy.

Congratulations to the Qld Premier on starting an important dialogue between public and private sector #NQESummit pic.twitter.com/0ZCp3hVff6

There's no better place to invest than in Queensland! #NQESummit #qldpol pic.twitter.com/3S6TZwXcZC

Delighted to be here in #Cairns at the #NQESummit with Mr Iwasaki and Violet the koala. #qldpol pic.twitter.com/lrE7RRKQXd

Wrapping up a successful #NQESummit with over 200 delegates here in #Cairns #qldpol pic.twitter.com/6TTDFf8lOx

We are building a future in biotechnology. Join the conversation at https://t.co/N5jvETAWzc #NQESummit #qldpol pic.twitter.com/0udW2dGw0D

$3k grants for #domesticviolence prevention month activities next May – close in one week! https://t.co/JVuxWbYqWP pic.twitter.com/eSCKYYx6rF

Tegan George reported: Federal Labor is promising to help fund a new Townsville stadium should it win the next election.

Add your name to support a new Townsville Stadium & the local sport & jobs to come with it. https://t.co/ObwVPtqJf4 pic.twitter.com/kIOr6iETyK

The last time a major piece of infrastructure was opened near here was 1986 … & we were still using these #qldpol pic.twitter.com/xg5FeDN5kW

A lovely little time-lapse of the construction of Mango Hill Station, which was officially unveiled today. https://t.co/6opG3u9vjw #qldpol

Shoot the mynas and toads

In the aftermath of the shocking revelations of the Byrne Inquiry, both Labor and the LNP need to put the politics aside and build a cohesive strategy to fight the problems identified. No one particular organised crime should be exploited  for political purposes. Both of the state’s political beasts must resist the natural instinct to strike flesh from the other.

Most Queenslanders prefer a moderate, constructive plan to address the crime problems of bikies, child exploitation and fraud as identified in the report. The Queensland media would also appreciate a bipartisan approach. As 7 News Queensland’s Patrick Condren put it on Monday night, “The challenge for Annastacia Palaszczuk is to resist the urge to attack her foes and get on with the job of sorting out the child exploitation issue.”

As for today’s sensationalist claims by The Courier Mail that police were “furious” with the report, you only have to look to Monday’s press conference with Acting Commissioner Ross Barnett to realise there couldn’t have been a more calmer copper on the beat. 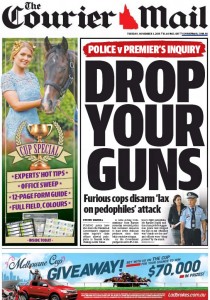 Premier @AnnastaciaMP has ruled out Billy Gordon's compromise on lockout laws. (He wanted no 1am lockout, 3am close and no ID scanning)

40 millimetres falls over parts of Ilfracombe

Tegan George reported: An extra 3 million dollars is being given to police to investigate allegations of child abuse and child exploitation.

Patrick Condren reported: The acting Police Commissioner has hit back at claims child exploitation was allowed to ‘flourish’ while investigators focused on bikie crimes. Ross Barnett says he’s ‘disappointed’ at the perception that police had dropped the ball on child abuse crimes.

Palaszczuk says the money comes from savings from holding the Inquiry into organised crime #qldpol pic.twitter.com/gJWccgJyjM

Water usage down per capita in SEQ 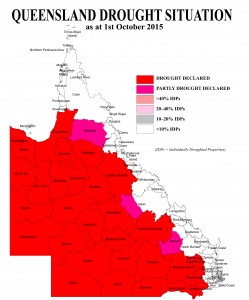 Geoff Breusch reported: Parts of Western Queensland have had their first rain in more than 6 months overnight. Falls well over 100 mm has been the best in 6 years.

No GST hike for Queensland