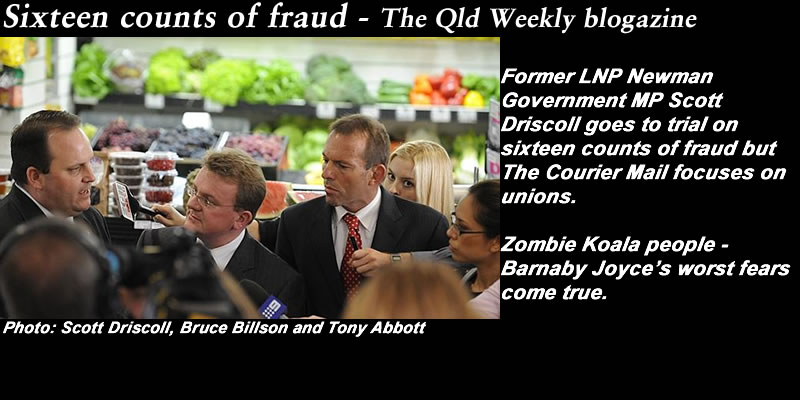 Stay up to date as we blog the week in Queensland politics and news. 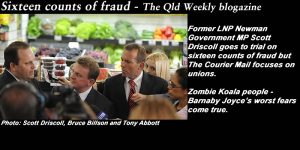 The Liberal National Party’s script writers The Courier Mail don’t want you to think about former Newman Government MP Scott Driscoll who appeared in court on Monday facing sixteen counts of fraud. They don’t want you to Google the photos of him with Campbell Newman, Tony Abbott and Bruce Billson. Instead they want you to read the Des Houghton front page “exclusive” on how public service managers want to help recruit union members under Palaszczuk Government pact.

“In a document released on the Department of Premier and Cabinet website, the government announces its “commitment” to the union encouragement policy, which will see union delegates and membership within the public service not only welcomed but, as the policy title states, encouraged.

“Passive acceptance by agencies of membership recruitment activity by unions does not satisfy the government’s commitment,” the document reads.

“Encouragement requires agencies to take a positive, supportive role, although ultimately it remains the responsibility of the unions themselves to conduct membership recruitment.””

Not much has changed in the LNP since the Newman era. By the afternoon Opposition Leader Lawrence Springborg was reading from Houghton’s script describing the public service managers as “quasi union recruiters”.

Perhaps if some  journalists ceased vilifying workers as “union thugs” in their stories the Labor Party wouldn’t have to make inclusive policies. Worth a try media?

Freezing rego prices, power prices or transport fares is a gimmick political parties use to help them win elections. As was the example in 2013 when the state power price tariff freeze ended, power bills shot up by 26.6 percent. It solves nothing for the consumer in the long term and deprives the government of revenue over the short term.

Michelle Rattray reported: LNP admits rego increase would have been likely under them after Newman Government’s 3 year freeze.

The week in Qld politics with Professor Anne Tiernan 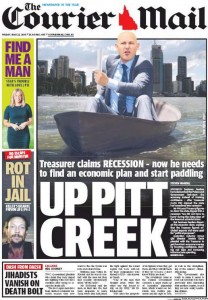 Drought in Qld rolls on

John-Paul Langbroek doesn't believe this data exists http://t.co/Xk1FmjKZiW This is what he's looking for #qldpol pic.twitter.com/qC9oilygmB

Gordon Nuttall was shifted to a prison farm last year, when @JarrodBleijieMP was minister, not @JoAnnMillerMP #qldpol

Independent MP for Cook, Billy Gordon voted with the LNP and KAP last night to reinstate the Newman Government’s surgery wait time guarantee. What is seen as a victory by Opposition Leader Lawrence Springborg in passing the motion has no real substance as it is a non binding vote.

Under the Westminster system, Premier Annastacia Palaszczuk may take the decision to the Governor to be implemented or she may just as equally decide to ignore it. It’s important to remember that this isn’t the reversal of legislation as the LNP may like Queensland to think. It is simply a motion that the government may ignore or acknowledge.

Geoff Breusch reported: The LNP has won a non-binding vote with the help of Billy Gordon.

The day in Queensland Parliament

The paramedic has been hospitalised. He is in a serious but stable condition and our thoughts are with him #qldpol

Double demerits for phoning whilst driving

Darren Curtis reported: No rise in fines but double demerit points from September for drivers caught phoning whilst driving.

I must add that the Newman Coins were handed out to dignitaries on official visits to #Qld, they were not a new currency #qldpol #auspol

SPER was set for sale

The day in parliament

The Courier Mail writes the LNP script for the day 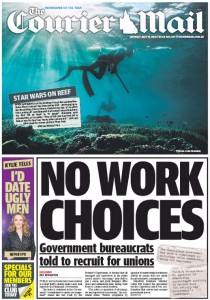 Opposition Leader Lawrence Springborg was reading the script to the media by the afternoon.

@AnnastaciaMP and cast of Les Mis soon to be in Les Briz #9News #qldpol pic.twitter.com/HZMSZBQbBg

Protest at ANZ bank over support for coal mining

Before the Johnny Depp War on Terrier event erupted, on the political “variety show” known as The Bolt Report, Federal Agriculture Minister Barnaby Joyce expressed his fear of the Koala people. This week, in Brisbane his fear became reality as the zombie Koala people staggered into a ANZ branch to protest funding of coal mines.

We have the money to move water into areas that need it. Our biggest threat will be people dressed as koalas – @Barnaby_Joyce #theboltreport

A horde of zombie koalas protest against coal mining in Central Qld at the ANZ Bank in Brisbane City @channeltennews pic.twitter.com/Z60d5yBo80