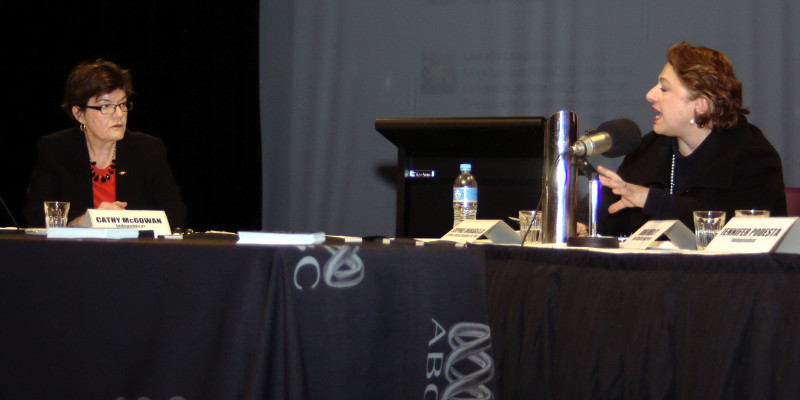 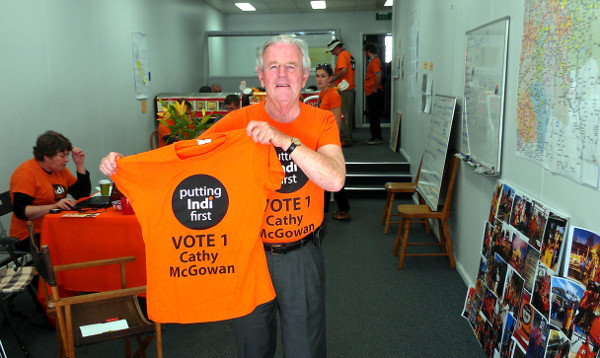 Every now and then in the life of a nation, there’s an event that threatens to change the status quo, bringing the old tired establishment out swinging. You and I, the punters, will be led to believe the assault is for our own good and the sanctity of our institutions.

Sophie Mirabella’s (@MirabellaSophie) defeat at the 2013 federal election by Cathy McGowan MP (@Indigocathy) sent a shiver up the spine of the old major parties. In one of the safest seats in the country, the electors worked together to oust one of the most fierce operatives of Australian politics.

On 27 September, 2014, The Australian after an “investigation by The Weekend Australian”, ran a story stating: “A SPATE of allegedly false voter enrolments in a key seat in last year’s federal election contributed to the surprise defeat of the Liberal Party’s Sophie Mirabella”.

In my first Indi seat report of the 2013 campaign proper, I suggested there was a “perfect storm” brewing over Indi. Around two weeks out from election day, No Fibs editor Margo Kingston asked who I thought was going to win, I said McGowan.

The only thing that suprised me was how long it took Mirabella and the Liberal Party to see the dark clouds forming.

Indi was won by McGowan with a margin of 439 votes. Since The Australian’s original story, 27 electors have been referred to the Australian Federal Police (Australian Electoral Commission has no investigative powers) to determine if any laws have been breached. Not much of a ‘contribution’ to Mirabella’s defeat as suggested by The Australian’s Hedley Thomas, even IF all 27 allegations are proved.

But lets look at what the word “SPATE” actually means:

A large number of similar things coming in quick succession.

So 27 “allegedly false voter enrolments” out of 93,817 total votes are describe as “A SPATE”. REALLY?

University of Queensland’s Graeme Orr, an expert in electoral law, told The Border Mail: “there was little precedent to dictate what the likely penalty would be because enrolment offences are so rarely prosecuted, partly because they are so widespread”.

It would be a safe-as-houses bet that younger voters are over represented within this group.

Orr also said “the bigger problem was the number of Australians who were not enrolled at all”.

McGowan intentionally engaged young voters, encouraging them to get on the electoral roll regardless of who they may have decided to vote for, she still does.

I personally talked to large numbers of young people around the electorate who said they had enrolled to vote for the first time ever, because it was the first time a politician had bothered to engage and listened to them.

On 29 September, 2014, the first business day after the story broke, Mirabella made a public appearance with Sussan Ley MP (@sussanley).

Delighted to be in NE Vic representing @BriggsJamie to announce 1.8 mil in roads funding secured by Sophie Mirabella pic.twitter.com/UlWTXLIf9P

Earlier this year, the Liberal party in a submission to the Joint Standing Committee on Electoral Matters said:

Some evidence has come to the Liberal Party’s attention which suggests the possibility of individuals in the lead up to the 2013 election deliberately re-enrolling at incorrect addresses (including addresses at which they had previously resided) in an electorate where evidence from social media shows they did not reside. In some cases these fraudulent reenrolments may have been part of a coordinated effort. The Committee may wish to investigate further the implications of any evidence, including from social media, of coordinated efforts to encourage fraudulent enrolments.

Was this an investigation by The Australian Newspaper or the Liberal Party of Australia? Perhaps a joint venture?

Was the investigation broad or did it narrow its focus only to the hundreds of McGowan volunteers and supporters easily identified by trawling the Twitter #IndiVotes hashtag and other social media?

I think it’s another safe-as-houses bet the investigation was designed to only identify supporters and volunteers of McGowan.

Since The Australian broke their story a week ago, there’s been a steady drip feed of names and allegations coming out via Murdoch’s newspapers. This drip feed serves only one purpose, to keep the allegations in the news cycle, causing political damage to McGowan.

If allegations of enrolment irregularities in Indi are proven correct, of course they need to be addressed. But a public lynching by the Liberal Party flying squad of media goons, crucifying young people who cared enough to get involved, is vile gutter politics dressed up as news.

The message to young people from the Liberal Party: stick your head up to oppose us and we’ll knock it off.

During the campaign, Mirabella refused to talk to No Fibs even though many Indi electors were reading our seat reports and following our commentary on Twitter.

Given the extraordinary level of engagement by local electors on social media platforms, Mirabella’s almost total absence in that space was bizarre.

After the 2013 federal election, The Border Mail editor Di Thomas revealed: “soon after the election campaign started in earnest, the Mirabella camp asked that I remove one of the paper’s reporters from covering her campaign, arguing the reporter had a bias against her”.

This could explain why she didn’t see the folly of shipping in (now Federal Treasurer) Joe Hockey MP, after realising heavy weather had set in.

This was one seriously aloof, out of touch incumbent candidate with a robust sense of her own self-importance.

On Wednesday in The Border Mail, Monash University’s senior political lecturer Nick Economou said allegations of electoral fraud are “a storm in a teacup”, I agree.

There’s most certainly no evidence of “an organ­ised operation to enrol people who were not entitled to be enrolled in Indi” as suggested by Liberal Party federal director, Brian Loughnane.

Economou also said it’s not “sour grapes” from the Liberal Party, going on to say: “I suspect the party was trying to understand how it lost and in the process uncovered an aspect of the contest that legitimately looks suspicious and needs to be looked at”. I disagree.

Neither the Liberal Party or Sophie Mirabella have tried to understand why they lost the ultra safe seat of Indi. Instead they’ve put forward delusional conspiracy theories which started before the end of the campaign and continued afterwards.

On election day someone back-grounded (then ABC journalist) Latika Bourke (@latikambourke), the history war of how Mirabella lost Indi had already begun:

Hearing busloads of Greens went from Melbourne to Indi to campaign for the Independent there who’s challenging Sophie Mirabella. — Latika Bourke (@latikambourke) September 7, 2013

What a load of rubbish. McGowan’s campaign didn’t need to bus in anyone, she had over 500 local volunteers throughout the electorate.

It was Mirabella that ran a bus up the Hume with 20 Young Liberals aboard from her alma mater, the University of Melbourne, in the days leading up to the election.

Incidentally, the arrival of the bus load of young Liberals coincided with a spree of vandalism across Indi on McGowan’s campaign signage, including signage on private property.

Most people actually get along and want to help each other. I saw a McGowan volunteer handing out Family First (FF) how to vote cards when the FF volunteer, who was alone at the time, went to the toilet. Family First must’ve been in on the conspiracy too. Mind you, they were dressed in orange T-shirts (in Indi at least), so maybe I guess. As for Get Up, in any numbers, an outright lie. 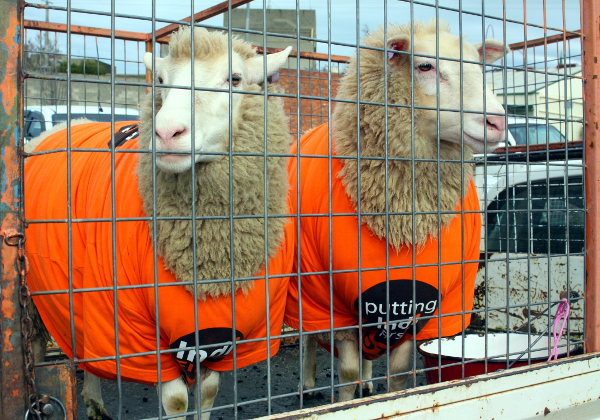 Yes Sophie, sheep were pivotal in pulling the wool over the eyes of the good people of Indi. Photo: Wayne Jansson

The electors of Indi voted for an inclusive, respectful political conversation, not a dog fight where participants are left mauled.

Mirabella and the Liberal Party, unable or unwilling to accept this, tried to find evidence of a conspiracy to support their wacky theory. When they couldn’t find any, they turned their attention to the electors who supported or volunteered for their political rival.

Targeting the easiest prey they could find, the young, they pounce on something so widespread it’s rarely pursued, so little precedent to dictate what the penalty may be.

They then enlist their Murdoch media friends to vilify these young Australian’s in front of the nation, hoping to cause maximum damage to their political rival and obscure the real reasons they lost Indi.

As my old surfing friends would say – Liberal Party of Australia, you’re lower than shark shit and that’s pretty low.