Sssshhhh, don’t tell the media, but politics is changing from the ground-up, by @ariadne_syd 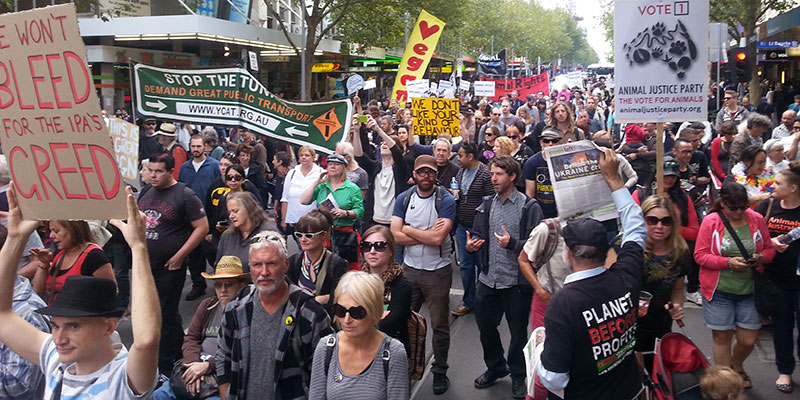 Political participation in Australia will soon be about hope – and the transformation of citizenship engagement in this country.

Most media commentators tend to focus on the electoral system as the main way of consolidating political support and bringing about change. They assume citizens make political choices to participate and/or express themselves based on rational, self-interested, often economic, calculations.

When citizens have been mobilised it has usually been done by unions, political parties and environmental organisations. These have the resources, skills and experience to undertake mass protests.

The Your Rights at Work campaign undertaken by Australian unions in 2006-07 is an example. Yet this was an expensive campaign, centred on television advertising that cost about A$20 million.

Over the past decade, new kinds of political organisation have emerged. Enabled by the internet, movements such as GetUp! and new forms of citizen mobilisation don’t require formal organisations.

Many causes come together

March in March was different. It revealed itself to be organised by grassroots campaigners with few or no organisational affiliations. More importantly, it used social media, mainly Facebook, to organise people to attend protests.

The March in March campaigners claimed in very general terms that it was:

…to protest against government decisions that are against the common good of our nation.

At the event in Sydney last weekend, I observed a range of issues – from shark culling to refugees to public service job cuts – on mostly handmade signs. While several flags were flown representing unions and small political parties, I was struck by the lack of co-ordinated political messaging in the signs or even among the rally speakers, compared to past rallies with higher profiles.

The largest rallies in Australia have tended to be on single issues; they focused on distinct political outcomes. For example, the goal was to “stop the war” and bring Australian soldiers home, in either Vietnam or Iraq, or to defeat government legislation, such as WorkChoices.

Other interest organisations have also used large rallies and protest marches to seek specific political outcomes. The Iraq war rallies in February 2003, however, were the biggest ever: protesters numbered 500,000 nationwide.

Mainstream media reported accurately on the high numbers of Iraq war protesters. Many also highlighted the diversity of participants. But it was easy for media and government to discount citizen protest as an expression of political will, especially when the protest failed to achieve its desired outcome.

Now it has become more difficult for mainstream media to understand a protest that does not focus on a distinct political outcome and a single issue. Many have found it difficult to sum up what March in March was about. What was the issue? What (political outcome) did protesters want? Who was even there?

The answer is that March in March has much in common with protests such as Occupy, which emerged in the United States, the Indignados in Spain and the Gezi protests in Istanbul. All these popular protests were harder to pin down using traditional lenses for understanding interest group and political mobilisations.

March in March’s focus on social-media-based organising, often among existing offline friend networks, is what is least understood in media commentary. 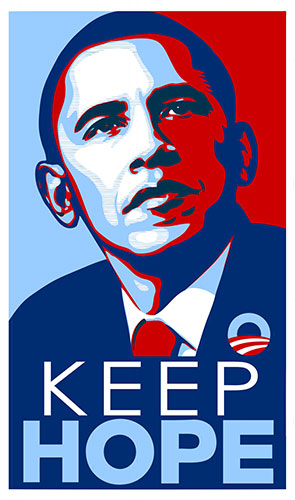 Barack Obama’s first presidential campaign told a story of hope, but it isn’t just mainstream politics that can harness shared emotions to a cause.

I can add another theoretical dimension helpful for understanding new forms of political participation and protest mobilisation: the role of emotions and storytelling. Sometimes a protest does not have an intended political outcome. It is more about the public expression of a shared set of emotions – anger, joy, hope, empathy and even humour.

Campaigners increasingly use storytelling as a strategy to develop citizen empathy with a cause. The idea is to make it easier for people to personalise and relate to a cause, as a prior condition for acting collectively.

Think about the initial Barack Obama’s initial presidential election campaign and its focus on “hope”. Maybe March in March was important alone for providing a space for people to express their emotions, their indignation about a whole lot of things. This is much harder to understand for pundits focused on the existing party/electoral system, rational actors and distinct outcomes.

It is hard to know what will happen next with March in March, or how commentators and existing political organisations will respond. Maybe not much will happen at all. There are several factors, though, that we should start to understand more as a result.

Existing organisations can and ought to be part of these organising processes. But to do that they will need to understand emotions and new expressions about politics that do not fit the rational-voter model. They must also learn that top-down directives focused only on single-issue, political outcomes may not be the best way to engage everyday citizens.

Ariadne Vromen receives funding for an ARC Discovery Project on new forms of citizen engagement with colleagues at the University of Canberra. She is an active member of the NTEU but has never been a member of a political party.

This article was originally published on The Conversation.
Read the original article.

Read More from the March In March Archive