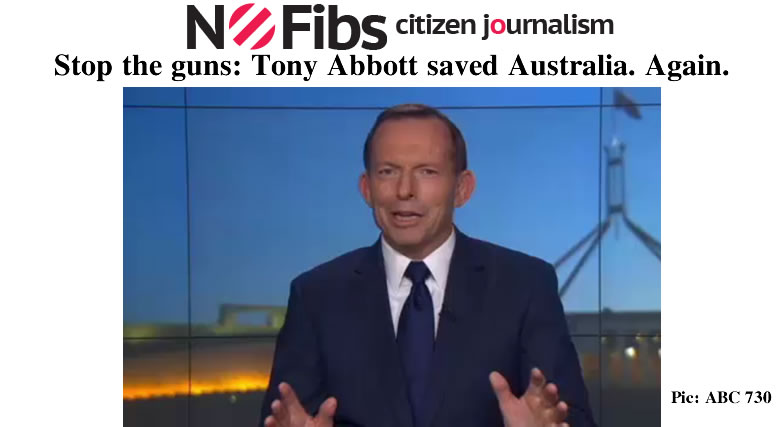 The debate over the Adler 110 shotgun reaches new levels of absurdity in Canberra. 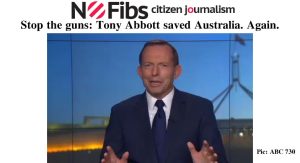 You probably missed it but somewhere back in 2015 Prime Minister Tony Abbott threw himself into the breach once more to save the country. This time it wasn’t in the path of raggedly dressed refugees on boats. This time it was real. This time he’d stared down shotguns.

We never knew the sacrifice he’d made until this week when he retrospectively coined a new three letter slogan, ‘stop the guns’. More specifically, he’d initiated a customs ban on the importation of the new Adler 110 lever action shotgun that could carry 7 cartridges in its magazine over the current legally available model which could carry 5.

As he told ABC 730’s Leigh Sales on Wednesday, “These guns were stopped because of the Abbott Government.

Now I stress, gun owners are good people. But the more guns we have, the more likely it is they’ll fall into the wrong hands. Let’s not forget it only took one ancient shotgun to lock down the city of Sydney as part of the Lindt siege for some 18 hours.

When it comes to community safety, you’ve always got to err on the side of caution and that’s what the Abbott Government did.”

However, an earlier ABC 730 investigation by Dylan Welch in April 2016 showed that the Adler 5 shot could easily be modified into an 8 or 11 shot. This alteration is legal in all states except New South Wales.

Adelaide gunsmith Nik Halliwell showed his legal workshop that specialised in the modification. On camera, Mr Halliwell demonstrated the simple (for him) ten minute modification to the weapon.

“A lot the professional shooters, C and D class, that I work with who run, say a pump action C class shotgun, they’re actually converting to these as a category A because they can have more shots,” he said.

NSW has since proposed moving the shotgun from a category A weapon, which has a restriction of up to 5 shots, to a category B. This would allow the newer 7 shot to be legally imported and purchased under the existing 1996 National Firearms Agreement..

A seemingly simple enough debate for the states and territories to manage, yet Abbott was back defending the nation from shotgun blasts today. Angry over being ‘most grievously’ misrepresented by the Labor opposition and quoting from an advisor briefing, he sought to champion John Howard’s strong 1996 gun laws. Curiously, these long hailed gun laws to end all gun laws were surpassed by his 2015 Adler decision which had prevented ‘thousands of weapons hitting the streets’.

Despite the rhetoric in the media, not one person is actually suggesting a change to the 1996 National Firearms Agreement. The debate we should be having with our respective states and territories is; should the Adler be moved from a category A weapon to category B?

It’s already in the country and being modified. It needs a higher category under the existing legislation that has worked so well over the past 20 years. It’s a conversation that begins with the relevant police ministers and their police commissioners and needs to be expanded into the community for consultation.