The Aussie who loved and left us: @burgewords #CreatingWaves on Sumner Locke Elliott 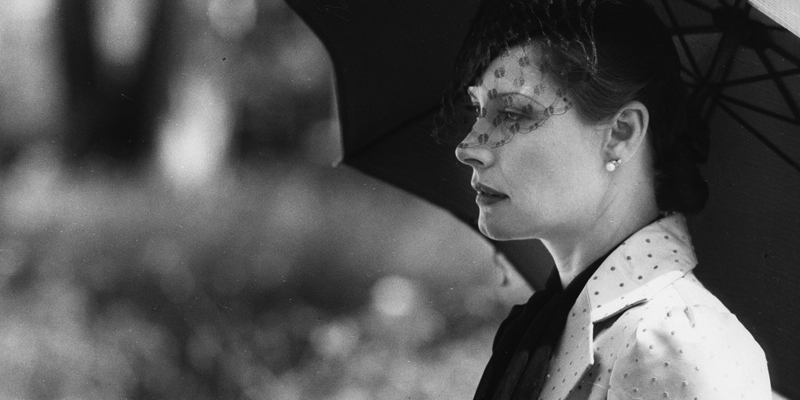 AUSTRALIAN ICON Wendy Hughes in Careful, He Might Hear You (1983).

Expats often get a bad name, perhaps because they heed the bogan’s call to ‘love’ or ‘leave’ our shores, but Elliott had the courage to do both.

ALL this talk about progressive thinkers packing up and leaving Australia, if we don’t love what’s happening politically in our country, brings to mind the ones who actually went through with it.

With his intriguing, genderless, triple-barrelled name, novelist, playwright and screenwriter Sumner Locke Elliott (1917-1991) remained almost unknown in the country of his birth for much of his life, because he left it early and rarely returned.

I am sure many Australians have never heard of the writer of the iconic Australian novel Careful, He Might Hear You. Heavily autobiographical, this riveting debut tells the story of a boy who is fought over by a pair of aunts in post-Depression Sydney. Despite being steeped in the matters of Australians between the wars, it was written in New York.

A product of the theatre community in Sydney during and after WWII, Sumner Locke Elliott made his name with his 1948 play Rusty Bugles, the story of a group of army recruits stuck in the Outback, produced at Sydney’s Independent Theatre before an extensive national tour.

But Elliott never saw a single performance of what became the first Australian play to be staged simultaneously in two states. He was, by its opening night, in New York.

The great mystery of Elliott’s life remains why, after this dramatic relocation and eventual re-identification (he became an American citizen in 1955), did he turn to writing in such detail, across many novels, about the country he turned his back on?

Long before turning to fiction after the age of forty, Elliott rode the early wave of television screenwriting in America. His New York Times obituary credits him with the role of lead writer on more than thirty live television broadcasts during the 1950s.

At least one of these dealt with an Australian subject. Televised in November 1948, (when the Sydney media noted Elliott was ‘visiting’ the USA) his Australian play Wicked is the Vine (set in the Outback) was broadcast on WNBT New York.

But the patriotic fervour ended there, at least for American television audiences. Elliott continued to write for the small screen, including scripts for Kraft Television Theatre, Westinghouse Studio One, and later, Playhouse 90. As the names suggest, these series were heavily advertiser-focussed, and therefore tended to present palatable classics, but the work put Elliott in the pathway of many of America’s producing, directing and acting luminaries.

Most of the scripts required ingenious adaptations of well-known storylines (such as Jane Eyre and Little Women) for the fast-paced live television machine.

The pay for writers was not huge. The secret to success seemed to be sheer prolificacy.

Writer and New York denizen Helene Hanff (author of 84, Charing Cross Road) also wrote for the New York television industry. In her first book Underfoot in Show Business (1961), Hanff describes how the once flourishing East Coast TV behemoth collapsed almost overnight and decamped to Hollywood in the early 1960s, leaving many of its writers behind.

Like Hanff, Elliott used what might have been a disappointing turn of events at the time into a new writing identity, by turning his typewriter to recording his own experience.

Careful, He Might Hear You was published to great acclaim in 1963, winning that year’s Miles Franklin Award.

After an intense 15-year period adapting the work of other writers for the small screen, this novel unleashed Elliott’s true voice. He had a lot to say, and until his death, he wrote a novel every two to three years.

Amongst this crop of titles, Eden’s Lost (1969) and Water Under the Bridge (1977) stand out as explorations of the Australian identity, from the perspective of an expat looking objectively back at his homeland during the morally repressed inter-war years.

Expats often get a bad name, perhaps because they heed the bogan’s call to ‘love’ or ‘leave’ our shores, but Elliott had the courage to do both. He wrote about this country with an objective explorer’s courage, and a deep understanding.

Eventually, Australia caught-up with Sumner Locke Elliott, when Water Under the Bridge was adapted for television in 1980; followed by the sumptuous big screen version of Careful, He Might Hear You in 1983; and capped-off by an ABC mini-series of Eden’s Lost in 1991.

Elliott’s coming-of-age dramas landed like a surprise in the midst of Australian popular culture, taking a swag of AFI Awards and finding him a new home-grown audience.

I first encountered Elliott’s fiction when his last novel Fairyland was published a year before his death in 1991. A smattering of reviews explained that the author was ostensibly coming out with this piece, written from the perspective of a boy who grew to become a successful writer and moved to New York.

Protagonist Seaton Daly explores the homosexual under-class of the Sydney amateur dramatic scene, the army, and, after coming to dubious terms with his sexuality, ultimately encounters the most devastating form of prejudice a gay man can face.

The boy who bore his Mother’s middle name had, in a sense, finally come home. I like to think that the success of these titles on home turf encouraged the man to finally come out.