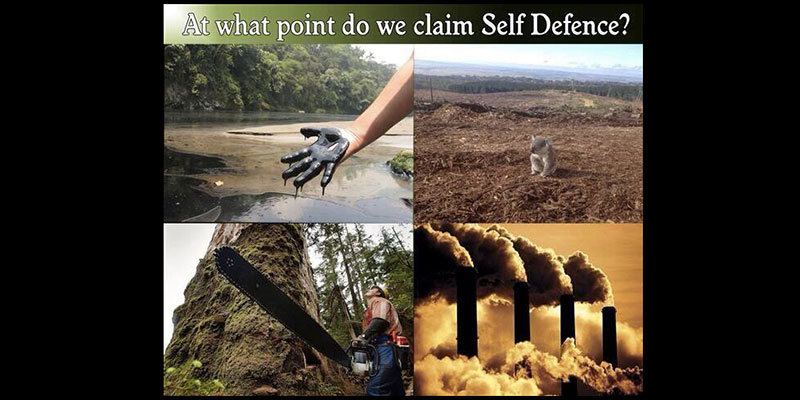 On 3 July Credit Suisse, published a report on the Narrabri Gas Project (NGP). The NGP is a coal seam gas (CSG) operation in the Pillaga State Forest in northwestern NSW, owned and operated by Australian company Santos Ltd. The purpose of the report was:

“To assess the risks to the NGP due to the complex environmental and social issues encompassing the history of the project, concerns specific to Narrabri and the NW, and more general issues with CSG particularly in NSW.”

The report was compiled after meeting with concerned stakeholder groups including farmers, business owners, irrigators, environmentalists, local councillors, Santos and the heads of major investment funds. Credit Suisse identified the main issues raised by opponents of the NGP were about water.

“The key concerns relate to management of produced water, impacts on the availability of groundwater, risks of contaminating ground water, long term contamination of artesian basins and potential cumulative impacts of coal mining, agriculture and the CSG industry on aquifers.”

Further to these concerns Credit Suisse found the communities fundamentally did not trust Santos, the CSG industry or the NSW government’s regulatory process to satisfactorily manage the water issues.

On the basis of the review Credit Suisse applied a 50{17ac88c265afb328fa89088ab635a2a63864fdefdd7caa0964376053e8ea14b3} risk weighting to the project stating that the widespread opposition to the NGP challenges Santos’ “social license to operate”. Various media outlets reported upon the Credit Suisse revised risk rating that saw the estimated value of Santos’ assets in the Pilliga drop to $350 million. Santos bought the NGP for $924 million in late 2011.

Credit Suisse is a company, according to its website, that promotes sustainability and advocates for climate protection through “socially responsible investment”. In its mission statement Credit Suisse defines sustainability to be economic development “that meets the needs of the present without compromising the ability of future generations to meet their own needs.” It proudly claims that, since June 2010, all of its operational sites worldwide have been “greenhouse gas neutral”.

At a time in which many national and international institutions are actively seeking to divest from the fossil fuel industry a risk analysis by Credit Suisse of a CSG project would seem quite topical. Interestingly though, whilst Credit Suisse sought to identify the social and environmental issues with respect to the opponents of the NGP it did not take those issues into account in assessing the project risk.

Credit Suisse’s assessment appears to be based entirely upon calculating the degree to which community opposition could disrupt the operational aspects of the project in the short term. However, the commitment to “address sustainability issues when managing risks”, as defined in the mission statement, should require Credit Suisse to determine the veracity of the water issues raised and to assess their likely impact upon future generations. Health cost…A lack of knowledge does not mitigate the risk but Credit Suisse states clearly that they have not sought to establish whether the community concerns have substance.

“Crucially, we do not seek to verify the validity of the concerns of the opponents to the NGP, nor do we wish to give their campaign free airtime…We believe that opposition to projects can pose risks to timelines, budgets, level of regulatory oversight, diversion of management attention, and even project abandonment, regardless of the validity of concerns from economic, scientific, political or even broader sustainability perspectives.” 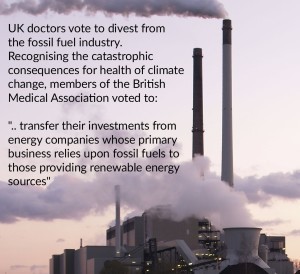 Credit Suisse did not include in the report the process by which they arrived at the 50{17ac88c265afb328fa89088ab635a2a63864fdefdd7caa0964376053e8ea14b3} risk weighting, only the factors they took into account in forming the assessment. One of the factors was the survival of other relevant projects that have had sustained opposition. Reference was made to the CSG protest at Bentley, which resulted in the NSW government suspending Metgasco’s license due to lack of community consultation. The action attracted over 2000 protestors, and the suspension and subsequent referral to the Independent Commission Against Corruption (ICAC) was seen as detrimental to the NGP’s position.

Specific attention was given to the coal mining protest at Maules Creek.

Similarities are drawn between the two protest campaigns. The NGP and the Whitehaven Maules Creek Mine are located in the same geographical area, have required the removal of vast tracts of environmentally sensitive State Forest and the local communities have expressed concern over negative environmental and social impacts. The key difference, according to Credit Suisse, is that the NGP is about CSG, “a relatively new technology” and Maules Creek is about open cut coal mining, an industry with “decades of successful operating history” whose negative impacts are “largely understood”.

The distinction between the two industries appears to be a significant factor for Credit Suisse in their assessment of risk. In their view, the lack of knowledge surrounding the CSG industry has resulted in a higher level of negative publicity and environmental scrutiny than that experienced by the coal industry. Consequently protest numbers and future regulatory intervention of CSG projects may inhibit the “operational stability” of the NGP. In Credit Suisse’s opinion the open cut coal mine at Maules Creek is unlikely to attract the same public attention, but rather is “an example of why [community] trust and support is not always necessary for a project to operate successfully”.

The Credit Suisse report highlights many issues, not all of them by design. First and foremost is that for them business risk is regarded as a short-term economic assessment of “operational stability”. Secondly, the “social license” to operate is regarded as a morality based concept that reflects the degree of opposition within the community, opposition which may or may not impact upon the business risk. Given human nature this is perhaps not a surprising viewpoint and one that is commonly reflected in our media. For most of us, the immediate future is a more manageable time frame than the long-term, and financial return is an easily quantifiable and understandable measurement of security or risk.

Friday 25 July saw the sentencing of Jonathan Moylan for making a false statement that temporarily wiped $300 million of Whitehaven Coal’s share price. The Australian Securities and Investments Commission (ASIC) prosecuted Moylan for making a false statement in which he claimed that ANZ had withdrawn $1.2 billion funding of Whitehaven Coal’s project at Maules Creek on environmental grounds. As with the coverage of the Credit Suisse report, it was the financial impact that initially gained media attention rather than the environmental and social issues that prompted Moylan to act as he did.

It would seem that the most efficient way to effect change is through an economic imperative, which begs the question why Credit Suisse did not take into account the wider more long-term economic risks in its analysis of the NGP and WHC Maules Creek. Whilst the requirement for coal by China and India is likely to increase in the near future the global move to develop renewable energy sources could see a sharp downturn in demand resulting in “stranded assets – coal reserves with no economic returns”.

So too the impact of the divestment campaign should be taken into account. Divestment campaigns typically evolve over time creating widespread public awareness of issues and can cause considerable reputational risk to target industries and companies.

“Your super fund and your mortgage and your bank account is the biggest impact that you can have besides the day-to-day decisions as a consumer,”

Divestment from the tobacco industry is one such example of when the moral imperative, the “social license”, became an economic risk. In Jono Moylen’s words “the day will come when banks will have to choose between coal and their reputations.”

It is an error in judgment to distinguish between fossil fuel industries and projects when articulating risk, and certainly the public does not. Opponents of CSG and the coal industry share the same concerns about water, climate change, health, environmental degradation and community. 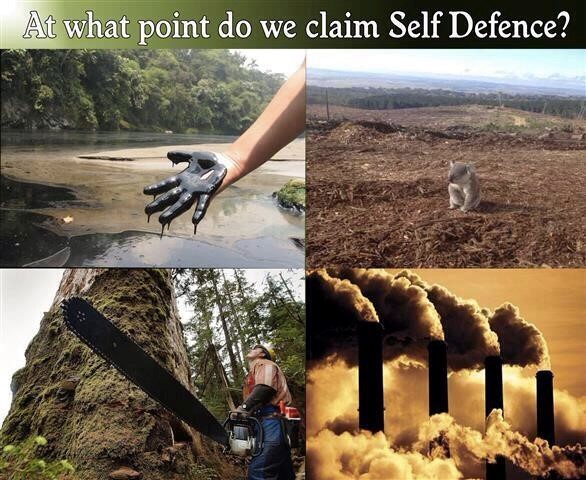 In this day and age to consider that a protest such as the one at Maules Creek is not a threat simply because the number of protestors on the ground is not of the same order as the thousands that made up the Bentley blockade. Opponents to the projects at Maules Creek, Narrabri and Bentley in NSW, Anglesea and Morwell in Victoria and Carmichael in Queensland, to name but a few, are as interconnected as the ground and artesian water systems upon which those projects rely. Physical distance is no longer a barrier to protest and physical numbers on site are no longer the measure of impact.

The interactive nature of the Internet and social media, ready access to information and the ability to network and effect change from remote sites extents the protest sites into our living rooms. Furthermore, it is easy, comfortable and quick to take action, a point that seems to have escaped Credit Suisse in formulating their report. For example:

Considering the idea of divesting? The Bendigo and Adelaide Bank is the only major bank in Australia to publically oppose investment in coal and gas projects. Click here if you want to put your bank on notice that they risk losing you as a customer.

Interested in switching to a power company that supports Renewable Energy Target? Click here and it will be done for you.

Do you want to find out more about the fiasco that is the NSW planning, approval and regulation process in relation to coal and CSG? Click here.

With the Victorian election looming, click here if you went to send a message to the political parties that it is time for Victoria to take responsibility and move beyond coal.

In light of our changing world perhaps it would be wise for those in the business of risk assessment to consider the words of a song by the Madden brothers:

“We are done with being the silent many

Every voice rings out and carries

No, we won’t just go back

Home, without you hearing

The sound when the many say

Watch and listen. It is easy.