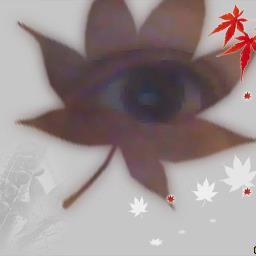 Margo: I’ve begun asking tweeps who’ve had a go at activism in the political sphere to write about their experience  for @NoFibs. Here is the first post of what I hope will be a series, by the tweep who compiled a list of Abbott gaffes which has already attracted more than 15,000 views. The  tweep has given me a good reason to be anonymous.

During an interview with Leigh Sales on 25 March 2013, Prime Minister Gillard listed some of the ALP government’s achievements. To which Sales responded “Well, Prime Minister, you’ve given me a laundry list there, so let me give you one back.” Sales then gave seven examples of what she described as failures by the Gillard government. Needless to say, the PM disagreed with the premise of the list. [1]

But it got me thinking. If the PM has made x mistakes between becoming PM and now, how many has Tony Abbott made? What would a laundry list for him look like?

Some laundry list items sprang to mind immediately, such as when Abbott ran out of parliament to avoid Craig Thomson’s vote; his disastrous interview with Leigh Sales about BHP; the bat phone jokes; and his strange behaviour during the ‘shit happens’ Mark Riley interview.  [2]

Over a couple of days I recalled other incidents but in the end I resorted to googling his name month by month from June 2010. That’s how the Tony Abbot list of forty eight gaffes between August 2010 and May 2013 was compiled; an average of 1.4 per month. I update it as appropriate.  [3]

As to what constitutes a gaffe, my test was whether his words and/or behaviour attracted criticism and/or ridicule from across the political divide, over and above standard policy debate.

I envisaged the laundry list as a resource for journalists who might have forgotten just how often and in what way Abbott has screwed up; and more generally as a resource for people to quote from or show to friends, relatives and colleagues so they can see for themselves that Abbott is not fit to be PM. Last month Peter Costello claimed that Abbott has changed over the last three years. Based on the list, I doubt it.

I’d joined Twitter about two weeks before compiling the list. No particular reason, just decided that it was about time. But the value of Twitter quickly became obvious. By the time I was ready to publish the list at the end of March 2013, I had maybe twenty followers but a couple of those had far more.  As is the way with social media, once someone with a big following retweets, or links to, an article, video or whatever, it’s off and running.

The list had about 5,000 reads within days, plateaued at that number for a few days, then off it went again, reaching about 8,500 reads by mid-April. In fits and starts, it’s now had close to 17,000 reads on Scribd.com, and been published on other sites. While the positive feedback and read-count might be gratifying, I would really get a kick out of hearing that someone changed their vote because of the gaffe list. So if that happens, please let me know via twitter at [email protected]