The killing of the plebiscite: @burgewords comments on #MarriageEquality 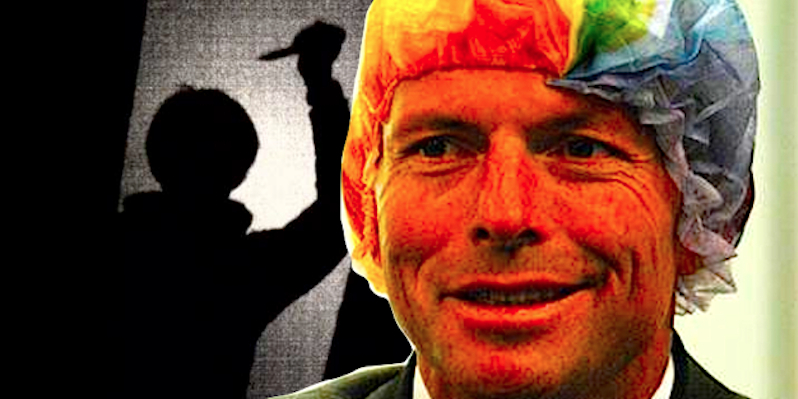 Our position, and the position the LGBTI community wants us to advocate, is very simple: no plebiscite under any circumstances, just a free vote.

THERE has been no progress on marriage equality in Australia since long before former Prime Minister Tony Abbott tricked his moderate frontbenchers into a marathon joint party room meeting with the hard-right National Party in August 2015 and gave Australia a new word to debate at dinner parties.

Abbott got the idea about a public vote on same-sex marriage from his Independent nemeses Tony Windsor and Rob Oakshott, who first uttered the P-Word during Julia Gillard’s prime ministership.

“It would lower the temperature of the political debate and would provide some back-up support to any politician who takes this thing on in future,” Oakshott said.

Despite voting against marriage for same-sex couples in parliament, Windsor started wavering in favour of relationship equality after attending a same-sex civil union. “If it came down to my vote [in Parliament] I’d have to have a really hard think about it. But that ceremony had an impact on me. I’d probably vote for it,” he said.

Yet he plumped for a public vote instead of just wielding his parliamentary power, a move which has set the tone for the conservative approach to marriage equality in this country ever since: why deal with the pesky issue of allowing gays to marry when it can be handed over to the people?

Even the Greens were up for a referendum in 2013, with Christine Milne wanting to take the debate away from former Prime Minister Julia Gillard and then opposition leader Abbott, labelling them both “on the wrong side of history”.

But what happened to the marriage equality plebiscite in the Senate late on November 7, 2016, is a ‘David and Goliath’ tale of how Australian LGBTI found our voice.

Abbott and the hard right must have rubbed their hands together on the night of August 11, 2015. With this strange-sounding, hard-to-spell latin word – plebiscite – they’d well and truly snookered marriage equality advocates and lobbyists with a matching slogan that would appeal to the lowest common denominator: “Ask the people,” usually thrown with a nifty kicker: “What are you afraid of?”.

Australia hadn’t experienced a plebiscite in more than a generation. The last came in 1974 under Gough Whitlam, and it asked Australian voters about our preferred national anthem. We selected ‘Advance Australia Fair’ over ‘God Save The Queen’, but Malcolm Fraser ignored what the people said and reinstated the old song. It wasn’t until Bob Hawke altered the song sheet for good in 1984 that our voice was respected by parliament.

But Abbott was pleased enough about his plan that he took his eye off key supporters, including Christopher Pyne, whose rage at being tied to the homophobic hard-right of the National Party was the last straw, and saw them oust the Prime Minister by September that year.

The cheers within many LGBTI households were loud the night Abbott was dumped, but just as many warned about the chance of betrayal. We’d been duped before by Julia Gillard, who’d presented as progressive but soon adopted an anti-equality mantra, and Turnbull disappointingly followed suit. His mantra was intoned differently, dictated by the National Party from the moment the new PM signed the nation’s most secret power pact – the Liberal Party-Coalition agreement. Clearly, a plebiscite was to be the only way forward under this regime.

There was very little detail about how a plebiscite would be managed, and the Coalition was painfully shy about giving it.

What are you afraid of?

The question was so powerful it spread its tendrils throughout the Australian LGBTI community. A public vote sounded good. It sounded fair. Objections were hard to come up with once it had been embedded in the Liberal Party’s suite of election promises.

Only marriage equality lobbyists, it seemed, witnessed the way the rhetoric changed throughout the lengthy election campaign. In the final week, marriage equality barely left the news cycle, the plebiscite positioned as some progressive torch lit by true believers. But many of us asked how on earth a policy championed by Tony Abbott, dreamed up in rural heartlands by conservative thinkers, could be in any way beneficial to LGBTI? 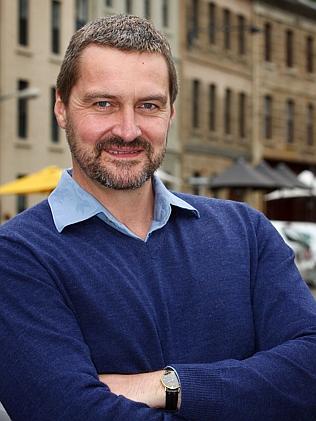 The problem was there was very little detail about how a plebiscite would be managed, and the Coalition was painfully shy about giving it, which generated credible reports that the Coalition might well make the outcome non-binding and require a majority of electorates to pass. The pressure was enough for Turnbull to come clean before the ballot: Coalition MPs could snub their noses at any plebiscite outcomes.

After the election, the diverse Senate and the return of Pauline Hanson captured most of the media’s attention. During the fallout, one of the highest-profile marriage equality activists in the county resigned from the organisation he’d created in 2004.

Rodney Croome’s move away from Australian Marriage Equality (AME) called to mind Ivan Hinton-Teoh’s in April. Croome’s explicitly anti-plebiscite stance sounded an alarm bell. Hinton-Teoh (who with his husband Chris was one of the first same-sex couples to wed in the ACT before the High Court quashed the law that allowed it) had started a new group just.equal.

Over its first decade, AME had become the peak marriage equality advocacy group in the country, so there was some explaining to do. Doug Pollard at The Stirrer managed to get AME’s Alex Greenwich (Independent NSW MP), on the record answering serious questions about why the group had not campaigned harder against Turnbull’s plebiscite during the election; but the marriage equality waters were muddied, and there weren’t too many clear answers to be found anywhere.

The mantra from within the Coalition quickly evolved. It was now ‘accept the plebiscite or wait indefinitely’. On a sunny Sunday afternoon working the Brisbane Markets with my husband, Richard and I talked through what was at stake and agreed: if it came to a choice, we were prepared to wait for our New Zealand civil union to be recognised in our home country.

We also knew what it was to knock on doors asking for our human rights, having petitioned our region to gauge the mood. Our results showed the electorate of Bowman in South East Queensland was overwhelmingly behind marriage equality, but the process was painful. The question brought out the first homophobia either of us had been exposed to in more than a decade.

As we shared our story, friends in the lobby networks started to come out on the same page: the plebiscite was a great risk to mental health, and there was a sense that had AME campaigned harder against it during the election, Turnbull may not have won. We all reminded ourselves that Doug Pollard had called on AME to change its ways within a week of the election, even as Turnbull’s victory hung in the balance and everyone was speculating about the formation of the new Senate, which would stand as the last line of defence against the plebiscite.

Just.equal was already match fit and spearheaded the push against plebiscite-or-nothing thinking, with Shelley Argent, national spokesperson for PFLAG (Parents and Friends of Lesbians and Gays) and Croome. A poll was commissioned showing the true picture of support for a plebiscite, which had dropped to less than half of Australians when respondents were informed of the $160-million cost and the non-binding nature of the outcome. Another showed the overwhelming majority of Australian LGBTI would be prepared to wait for a parliamentary vote, not a public one.

Several Coalition MPs relied on the positive outcome of the Irish marriage equality referendum, using mantras like ‘dancing in the streets’ and ‘bringing the nation together’. This was quickly countered by a study showing a different picture of the negative Irish experience.

The message was clear: the majority of people who would be impacted by marriage equality in Australia – that is, the LGBTI community – were prepared to wait for a parliamentary free vote on our human rights. We demanded the Parliament ditch the plebiscite.

AME and its new arm Australians For Equality (A4E) adopted strong anti-plebiscite language in response, and called for the nation’s LGBTI activist and advocacy groups to unite, but the devil was in the detail.

Once again it was Doug Pollard who covered the story: even though the majority of Australian LGBTI activist and advocacy groups were opposed to the plebiscite with AME and A4E, a smaller collective – just.equal, Shelley Argent, Rodney Croome and Rainbow Families (Victoria) – wanted to add three simple words to the anti-plebiscite declaration.

“Our position, and the position the LGBTI community wants us to advocate, is very simple: no plebiscite under any circumstances, just a free vote,” a statement issued by just.equal revealed.

Miranda Devine can always be relied on to capture the moment. She went out early and hard and told the LGBTI community to take the “olive branch” offered by conservatives and “shove it where the sun don’t shine”. Classy dame, Miranda, but her vitriol, and where it was specifically aimed, showed savvy pundits knew the plebiscite was in its death throes, attacked not by Bill Shorten and Labor (the preferred chief suspects of the Coalition), but by us, the majority of the nation’s LGBTI community.

Rodney Croome recaptured the moment from Ms Devine: “For the first time at a federal level the voice of the LGBTI community has been the leading voice on an issue that affects us more than anyone else. For the first time our mental health in the face of prejudice and hate has been a primary consideration for many law makers. For the first time we are seen not as an issue but as people.”

The Liberals tried reviving the plebiscite with a compromise deal offered by Warren Entsch – an electronic online poll with a lower price tag. But while he remains a great supporter of marriage equality and has done much to raise awareness about the issue in the Liberal Party, Entsch still struggles with the reality that any vote that is not binding on Parliament is a dodo.

Turnbull and his team bravely flew the rainbow flag all the way from the House of Representatives to the Senate vote, repeating every old myth and mantra on the way; but after a short life, this unnecessary, expensive, divisive shit of a policy has been slain.

The Prime Minister can hardly be disappointed, since he was opposed to a public vote on human rights before he shoved Tony Abbott out of the top job, and today’s Senate vote rids the Upper House of even more residual Abbott stink.

Ignore the naysayers, there is one. Head over to just.equal and get up to speed… they’re the ones who’ve really got plebiscite blood on their hands.

Disclosure: Michael Burge volunteers with just.equal. His other pastimes can be experienced at his website.