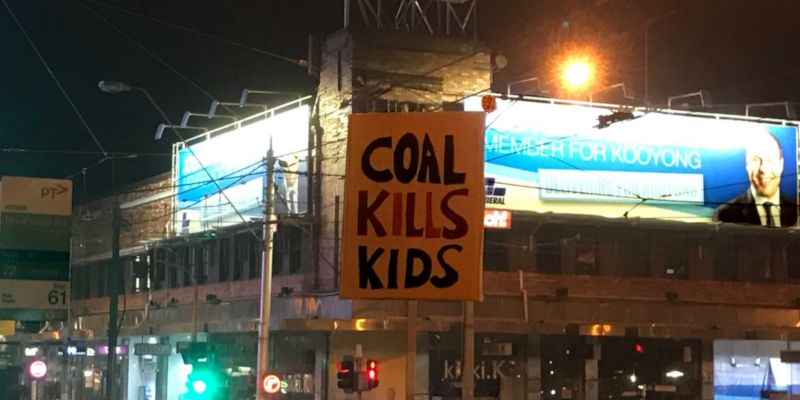 Cutting his parliamentary teeth in the Tony Abbott opposition of the 43rd Parliament, Josh Frydenberg could be excused for thinking that with a blue-ribbon seat and a bit of judicious backing in the leadership spills he was set for life. Certainly, since winning the seat of Kooyong in 2010, his rise through the Liberal Party ranks has been swift as others have fallen by the way, culminating in his appointment as Treasurer and Deputy Liberal Leader when Scott Morrison assumed the leadership in August 2018.

Kooyong is an affluent inner eastern Melbourne electorate. A Liberal heartland seat, its 55 square kilometres is home to eight of Melbourne’s most elite private schools. In its 112 years Kooyong has had just seven members, all from the conservative side of politics, and can boast a Prime Minister and party leaders among them.

With a Liberal primary vote of 57.7 per cent and a 2CP margin of 12.8pc in 2016, Kooyong does not look like it would be a seat under threat. However, under threat it is with a strong Independent and a high profile Greens candidate shaping as serious challengers.

No such thing as a safe seat

In today’s political environment, there is a greater number than ever before of uncommitted voters and that means that there is no such thing as a safe seat any more, not even on 12.8pc.

Treasurer Josh Frydenberg as quoted in the Sydney Morning Herald

Frydenberg puts it down to “uncommitted voters” but does not address why voters are no longer rusted-on and unconditionally voting with the ‘tribe’ as they have in the past. It is not as if he is personally unpopular in the fashion of Sophie Mirabella, a contributing factor in her spectacular loss of Indi in 2013. Across much of Australia and certainly most of Victoria, voters are no longer prepared to accept ‘generic’ party politicians sprouting talking points and running negative campaigns.

With people tired of the scandals, the factional power struggles and the revolving door of leadership and prime ministers, it is hardly surprising a credible Independent is getting traction.

We have to change the way politics is done in Australia so we can address climate change, restore political integrity and ensure business operates within society’s expectations and not as an entity unto itself.

Growing up, Oliver learned first-hand what it takes to be elected to parliament, door-knocking for his father Bill Yates the then Liberal member for Holt.

If politicians won’t answer the question they are not representing the electorate.

So what are the issues?

“Climate is clearly one of the biggest issues here. We were at Camberwell Junction with a sign saying ‘honk for climate change’ and literally about every third car was honking, it is a huge issue here. The school kids are all educated on it.”

For most people it is a big issue, a very front and centre issue, and it goes to the integrity of politics really. How can government leave this issue uncovered?

Having run the Clean Energy Finance Corporation, and as an investor in renewable projects, I understand the jobs, economic benefits and new industries that can emerge while we reduce pollution. I can’t understand why the Liberal Party, which prides itself on its economic credentials, fails to see the economic opportunities.

Are things getting nasty?

Recent polling apparently has the Liberal primary vote around 40pc at the moment. If so the seat is definitely in play.

The Yates campaign colour is a soft teal, so the bright orange sticker on the back window of Oliver’s ute rather stands out. Closer inspection shows it to be an early Cathy McGowan Indi campaign sticker.

A long way from Kooyong, Indi is a rural electorate in the north east of Victoria. Until the 2013 federal election, which saw a landslide victory to the Abbott-led coalition, Indi was considered a blue-ribbon, conservative seat.

I used to live in Tallangatta [in north east Victoria]. My parents lived there for 25 years.

I have been a Cathy supporter for a long time… Sophie [Mirabella] was, ah, an interesting character.

The only Liberal seat to be lost, Indi is story of a community who chose to do politics differently and voted for an Independent. At the time of her election in 2013 Cathy McGowan was the first female Independent to be elected to the House of Representatives of the Australian Federal Parliament.

The Liberal party is running a negative campaign again. They are in government and they are meant to have policies but they seem to only be arguing against the opposition policies. What do they have to offer other than ‘No’?

Not much seems to have changed in the Liberal campaign approach since Cathy McGowan unseated Sophie Mirabella in 2013.