The politics of ending violence against women 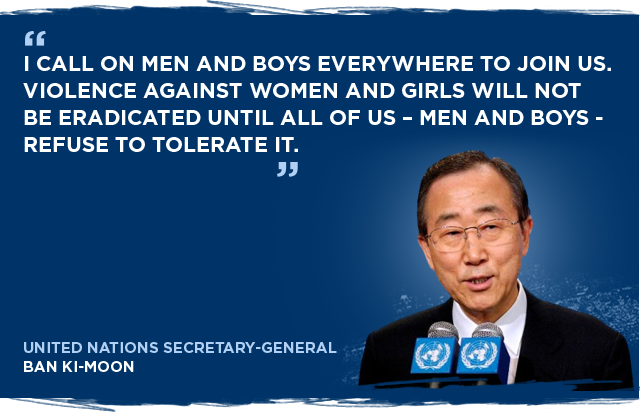 A couple of months ago, I took a cab ride into Melbourne city. The conversation moved to what job I had – and when I mentioned the Victorian Women’s Trust, the young male cab driver looked a bit perplexed. I explained that the Trust funds projects addressing discrimination and disadvantage faced by women and girls living in Victoria, only to be greeted by more confused looks.

When he asked specifically what I worked on, I said ‘Communications and Policy’, and the conversation drifted towards law reform and I mentioned working on addressing men’s violence against women.

He asked about laws relating to this. I mentioned family violence, sexual offences and how many laws over history were created by men and not necessarily ideal in terms of outcomes for women. I then made the quip that it was only in the early 1980s that rape in marriage became illegal. This caused the biggest eyebrow raise, which I could see through his rear vision mirror from the backseat.

“Rape in marriage?” he said, with a high inflection in his voice that indicated a question.

“Well, when a woman, in this case, a wife, is forced to have sex with her husband, without her consent, against her will – as in raped,” I tried.

“But what do you mean?” he genuinely asked, followed by an incredulous, “She’s my wife!”.

I could see we needed a much longer cab ride to address the ‘confusion’. I had one more attempt at explaining, paid the fare, and was again reminded of the world I inhabit, and the disconnect between the ‘ordinary person’ and the sector I work in, and how there is a daunting amount of work to continue.

Last week I was at the inaugural White Ribbon International conference, where participants were overloaded in hearing three days of talks centred on the prevention of men’s violence against women.

The official opening of the conference included a panel of pollies – welcoming guests to Sydney and all talking the talk on their commitment to violence prevention.

We had the Federal Minister for the Status of Women, Julie Collins, open the conference with a $1 million announcement to set up a new national organisation to engage with the community on preventing violence against women and children. Collins apologized for the Prime Minister being unable to attend, because she was attending to a little document known as the ‘Federal Budget’.

Collins was followed by the Shadow federal Minister, Senator Michaelia Cash, who told us the issue was “above politics” and talked about how committed Opposition Leader Tony Abbott is in addressing the issue. So committed, she mentioned ‘Tony’s Pollie Pedal’ and raising money for the Manly women’s refuge in his electorate.

Cash departed after giving her speech – noted at the start of the NSW Women’s Minister Pru Goward’s address, “and I thank Senator Cash who is leaving now”, and the others followed suit soon after their official duties and the session ended.

Inside the conference booklet, we had a message from the Prime Minister Julia Gillard, about how the “Australian Government stands with White Ribbon in its endeavour”.

This was followed by a message from Victoria’s Minister for Community Services Mary Wooldridge, who wrote of the State’s Action Plan to Address Violence against Women and Children as covering “prevention, early intervention, and response measures”.

And finally there was a message from federal Green leader Senator Christine Milne, who wrote about campaigning to make domestic and family violence as a separate form of discrimination in law. On the surface, it appears that politicians really care about this issue.

The conference itself included a mix of speakers from around the country, with some international ‘gurus’ in the prevention of men’s violence against women also attending – like White Ribbon founder Michael Kaufman and educator and author Jackson Katz.

Both gave arresting presentations, with Katz in particular honing in on some home truths. Katz joked about being applauded for stating the bleeding obvious on various issues that even still seem to be missed by mainstream media discussion – for instance he talked about the gun massacres in the United States and noted that of the last 60 odd gun massacres, all but one were perpetrated by men – and how that if this had been reversed in terms of gender, there would be widespread discussion about ‘what is wrong with our women?’ – yet instead, the debate focuses on gun control and mental health, and is devoid of gender analysis.

Kaufman talked about the history of White Ribbon, and its humble Canadian beginnings around kitchen tables, and talked about how societies which have bigger gaps in gender equality and reinforce traditional roles of men and women, also have higher rates of men’s violence against women.

This point was superbly articulated in the keynote address by Dr Michael Flood, one of Australia’s experts in men’s violence against women and in gender studies:

Men perpetrate violence against women because they believe in gender inequality.

Men assault and control their wives and partners because they believe that men should have status and authority over women, that they have a right to punish ‘their’ women; and that violence is a legitimate form of punishment (Adler, 1992: 269). Men pressure and coerce women into sex because they believe in gender inequality: that they are entitled to access to women’s bodies; that women are malicious and dishonest; that men should be strong and forceful and dominant.

Another way of putting this is that there is a crucial link between men’s violence against women and sexism. Men’s use of violence in intimate relationships “is particularly reinforced by sexism, the ideology of male supremacy and superiority” (Gamache, 1990: 71).

From the ABS, we know that since the age of 15, almost 40 per cent of women have experienced violence. From Vichealth’s research, we know that violence against women is the leading contributor to death, disability and illness in Victorian women aged 15-44, being responsible for more of the disease burden than many well-known factors such as high blood pressure, smoking and obesity. From KPMG, we know that the the total cost of domestic violence on the Australian economy was $13.6 billion. And perhaps the starkest of facts come from homicide data – that a woman is more likely to be killed by her partner or her ex-partner, than by any other person, and that in terms of numbers, this translates to a woman being killed almost every week in Australia, at the hands of her male partner or ex-partner.

If violence against women is inextricably linked to gender inequality, what sort of impact does politics and policies have on addressing the issue? And indeed, in a political environment which is traditionally, and more often than not, male dominant? When we change governments, is it ‘much of the same’, or does a change of government impact efforts to reduce men’s violence against women?

Dr Michael Flood provided this analysis towards the end of his speech:

If gender equality is the solution, what do we do about governments which are not very supportive of gender equality? On Monday morning, Michael Kaufman said that the White Ribbon Campaign is “politically non-partisan”, that these issues “have to transcend our political differences”. He urged a ‘big tent approach’, saying that “We will speak with one voice.” Later on Monday, Coalition Senator Michaelia Cash echoed this, stating that addressing violence against women is “above politics”.

I disagree. A Coalition government may [be elected] in September, and I’m not sure if what I’m about to say will make it impossible for me ever to work for them. It will depend on whether they want what Australia’s public service used to call ‘frank and fearless advice’, or just advice which makes them ‘comfortable and happy’.

If saying that ending men’s violence against women is ‘above politics’ means that the two main political parties both will support efforts to reduce and prevent this violence, then all well and good. So perhaps saying that this issue is non-partisan, above politics, is strategically useful. But at a more substantive level, the issue is not at all above politics.

Conservative political parties and conservative political agendas do have an impact on gender, and thus on violence. In general, the political agendas of the Coalition are more likely than those of the Labor Party to maintain women’s economic dependence on men, to limit women’s access to political decision-making, to put children of divorced and separated parents in the hands of violent fathers, to limit women’s sexual autonomy, to support narrow constructions of gender and to refrain from educational and media efforts to change them, and to entrench various forms of social disadvantage. And these then feed into a greater likelihood of men’s violence against women.

Equally, it’s broadly true that there is greater support for gender equality among the parties to the left of the Labor Party, those more progressive political parties and groups which contest the margins of parliamentary politics. I’m not saying something stupid here, that a vote for Tony Abbott is a vote for violence against women. That’s too simple. But it is undeniable that a party which fails to address gender inequalities is a party which also risks failing to address violence against women.

Should Abbott form Government post September, the new federal government will no doubt continue to address the problem of men’s violence against women (although I doubt official government policy will preface the word ‘violence’ with the word ‘men’). Abbott will need to bridge a steep learning curve if his comments regarding White Ribbon earlier this year are anything to go by – when asked by a commercial radio what ‘White Ribbon’ addresses, the leader of the Opposition offered a hesitant “cruelty towards women” as a response. Sure, cruelty could be perceived to be part of ‘violence’ against women, but the comments were particularly naive in light of Abbott actually being a White Ribbon ambassador (according to White Ribbon, he is still listed (albeit with a spelling error) on their website as an ambassador).

For women and men who care about this issue – who want their daughters to grow up in a society free from violence – it’s worth considering what government you want to put in place that is best positioned to actually make a difference on this issue. And one that can preferably bridge the gap between cab drivers who don’t understand the concept of ‘rape in marriage’, and what workers in the family and sexual violence prevention sector have been solidly working towards for decades.