The small matter of prosecution on the Telecard Affair. 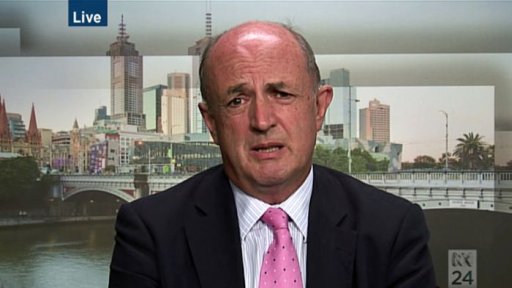 To fill you in on DPP Damian Bugg to date.

His brief statement of last week made no mention of whether he would charge anyone apart from Reith and son but the Prime Minister’s office advised us today that Mr Bugg had decided not to prosecute anyone, including X and Y.

Solicitor-General David Bennett QC, briefed by John Howard to advise on civil liability, has reserved his position on whether Miss X or Mr Y are civilly liable. He says Miss X’s actions ”would, at first sight, give rise to an action against her for unjust enrichment”. She could also be ”liable to Telstra for deceit”. Of Mr Y, he says that on any version of events ”he acted dishonestly”.

So the question is, why won’t Bugg prosecute Y or X for fraud?

Attorney-General Daryl Williams QC, as his is wont, won’t say anything except that Bugg is an independent statutory officer and all answers must come from him, if he choses to make them.

But Peter Reith – God bless his soul – has effectively demanded criminal action against Miss X and Mr Y. He’s a lawyer, too, and he doesn’t seem to have a problem with the fact that his son Paul, who lived in the same house as Miss X but denies giving her the Telecard number and PIN, would have to take the stand.

He also doesn’t seem to have a problem with what the public’s reaction might be to the pollie and his son, who are at the head of the chain of events which led to the fraud, not being charged while the non-pollies further down the chain were.

”It’s quite clear that both ‘X’ and ‘Y’ have set out to illegally use the card.”

Today, he went further. He said of Miss X: ”She clearly just set out to fraudulently use that card for her benefit.

”It’s been pretty obvious to me all along that this person [Miss ‘X’] has taken those details and gone off and effectively defrauded the Commonwealth”.

He also describes her actions as ”her attempt to defraud the Commonwealth”.

So where does that leave Mr Bugg? Why did he decide not to prosecute X and Y? Silent, as always.

I reprint, for your interest, Mr Bugg’s statement of last week, and my letter to him this morning.

It is not the usual practice of my Office to publicise its reasons for not prosecuting matters. There are, however, on this occasion, good reasons for doing so.

It must also be understood that my consideration of this matter concerned the question of prosecution for criminal offences and not questions of civil liability or compliance with conditions or guidelines governing the use of Telecards by members of Parliament.

The investigation of this matter disclosed that Mr Reith MP provided his son with the Telecard access code and PIN prior to his son’s interstate trip in early 1994 to enable his son to contact him in the event of an emergency if he (Mr Reith) was away from home (reverse charge facilities were available for home contact).

I am satisfied that, on the evidential material provided to my Office, the investigation has disclosed that Mr Reith’s son is not criminally liable for his subsequent personal use of the facility which he has told police he thought would be debited to the personal component of his father’s telephone account. The estimated cost of these calls has been repaid.

Mr Reith did not authorise the non ”emergency” use of the facility by his son. He is not criminally liable on that basis. I also concluded that the authorisation did not offend section 64A of the Audit Act, which provides:

”A person who uses a Commonwealth credit card with the intention of obtaining cash, goods or services otherwise than for the Commonwealth is guilty of an offence”.

Ignoring technical issues such as whether the card itself was used, Mr Reith’s authorisation to his son was for contact in emergencies when he, Mr Reith, was away from home. I was not satisfied that if public duties took Mr Reith away from his home, facilitating emergency contact with his family could be said to be ”obtaining a service” otherwise than for the Commonwealth.

As I have said, my consideration of this matter concerned the possible commission of offences and not issues of civil liability or compliance with Guidelines.

LETTER TO MR BUGG (this morning):

I enclose an application under the Freedom of Information Act for your report on the Reith Telecard matter.

(1) The commitment in the DPPs vision statement to ”accountability”.

(2) The stated objective of the DPP to ”preserve and enhance public confidence in the prosecution process and the Commonwealth’s criminal justice system.”

(3) The questions raised by members of the public, the legal profession, and the media on the evidentiary and legal bases of your decision, and the extent of this exception.

(4) The failure of your statement to disclose whether anyone apart from the Reiths will be charged.

I also seek answers to the following questions:

(2) An explanation for the contradiction between the Solicitor-General’s advice and your statement. Mr Bennett says that ”Both Mr Reith and his son have stated that the card was given to him on the basis that it was to be used in case of need to contact home or family”. Your statement, in contrast, says that Mr Reith’s claim to police, which is the basis of your ”emergency” section, was that he gave the telecard details to his son ”to enable his son to contact him in the event of an emergency if he (Mr Reith) was away from home”.

(3): Have you taken into account the public statements of Mr Reith before and since your report to the Australian Federal Police, some of which appear to contradict his statement to police.