Time for citizen action on MP travel scams: @budget_aus has a go 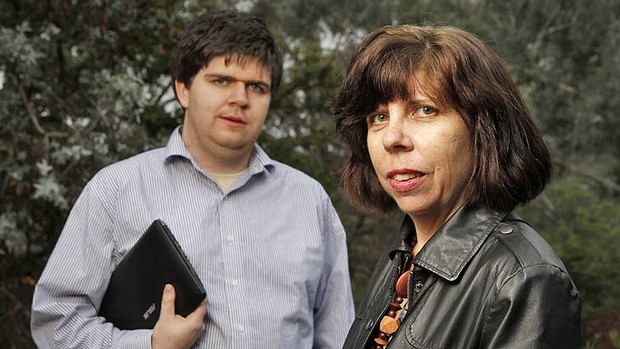 Rosie is a long time activist who began lobbying the federal government at the age of 16. You can find out more about Rosie at InfoAus.net
[clear]

I have been working to improve Australia’s budget transparency for a year now. I built the first ever implementation of the entire federal budget as an online searchable database at BudgetAus. The database allows you to search across every agency and portfolio, providing a total of spending (with all forward years where given) for your topic. This has never been available before and realising this raises important questions regarding Australia’s maturity in terms of openness and accountability.

As a country, our understanding of how the government is spending funds is quite poor. I’ve never heard anyone give me an accurate answer to the question when asked ‘what are the most expensive programs in our budget?‘, no matter the education or background of my audience. Why? Why do we know so little about how our government spends our money?

Program size was the first query I wrote to tally up the budget data and a most interesting and surprising result that reflects the challenges ahead for our country that sit beneath the consciousness of the 24hour news and election cycle. I wanted to know the answer to where federal funding was spent so I went ahead and invested the time and effort to find out. Thus began my commitment to improving budget transparency in Australia.

Thanks to the current media interest in politicians entitlements, Australians have become aware of another budget transparency issue- the widespread rorting of entitlements. While NoFibs.com.au has been investigating this issue for some time, the general public and MSM has now become engaged after publication of the last batch of repayments data through FOI.

The Freedom of Information process is an important tool for the public to engage with government data but that data needs to be put together and supplied in a format that makes it useful to people. Expenses data is currently published without reference to the event attended by the politician in question (not to mention six months in retrospect). This inhibits the public knowing whether the expense was claimed for an overseas ‘study trip’ or to attend a wedding.

As recently as 2010, the Labor government carried out a review of the entitlements system which advocated that all expenses be published in real time on the web, including politician’s own pages. Unfortunately, when the Belcher Report as finally tabled in parliament almost a year later, only 1 of the 39 recommendations was implemented and the issue of improving transparency was swept under the carpet with the following excuse:

‘The government has given careful consideration to the recommendations made in the Belcher Report, but when the Government is dealing with matters of substantial interest to the public such as the price on carbon, the flood levy, and returning the budget to surplus, it is not the time to be indulgent and divert resources to the Parliamentary entitlements framework’

The misuse of politicians entitlements is a hot button issue for many Australians but unless we form into some kind of recognisable group, the issue is likely to come and go without change. There needs to be a concerted campaign to look at changing all the reasons why such misuse of taxpayer funds can happen in the first place and an identifiable group of people willing to show that Australians are serious about this.

To this end I have formed an action group called the Citizens Against Rorting of Entitlements (CARE) and created a Facebook page specific to CARE and a Category on my own Forum devoted to discussion of various solutions.

It is likely that changes will be required to legislation as well as data publishing practices so please join and contribute to the forum topics or like the Facebook page and together we can work hold our politicians to account.