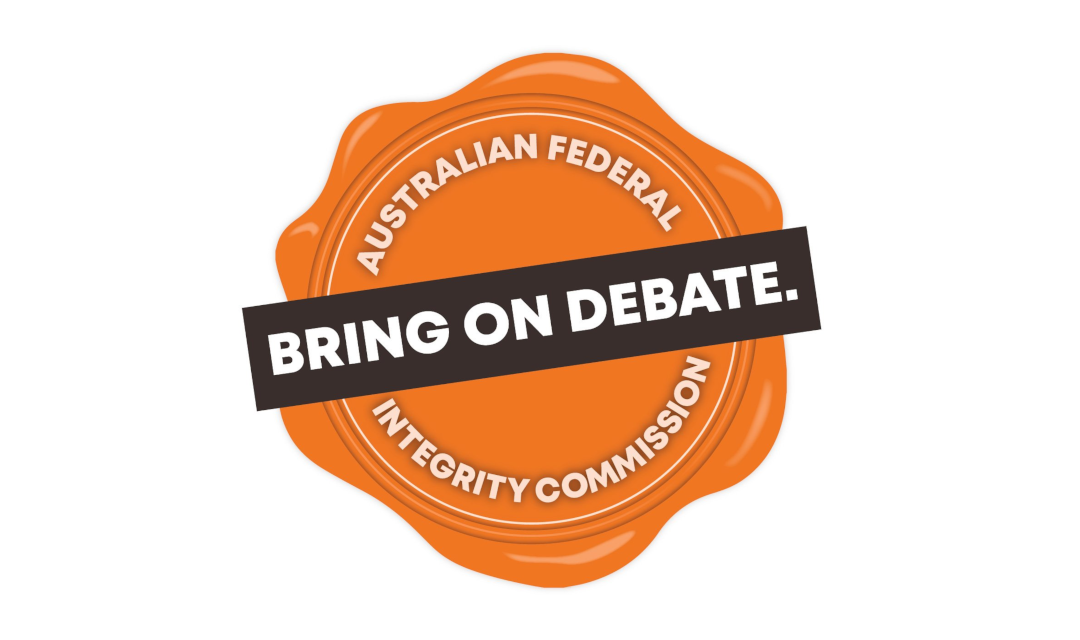 Speech to Parliament today demanding a debate on the Federal Integrity Commission backed by all MPs bar Coalition MPs minus Bridget Archer, who crossed the floor.

WE HAVE WAITED too long for an integrity commission.

I have watched scandal after scandal go uninvestigated, with no independent watchdog on the beat.

Each day that we delay is another day of deterioration of trust in this place, and among the Australian people.

Each day, it becomes harder to claw back that trust.

There are only four sitting days left this year. We may not be back again. This might be our very last chance.

If someone is serious about an integrity commission, they would write a bill to set it up.

They would table it. They would bring it on for debate.

That’s what I have done.

The Government has acted very differently.

An endless merry-go-round of consultation.

Shutting down debate in the House.

Shutting down debate in the Senate.

It’s clear the Government is ignoring the will of the people.

And now, it’s obstructing the will of the Parliament.

It has broken the promise it made almost three years ago.

We are entitled to ask whether the Prime Minister honestly, in his heart, wants a robust integrity commission.

For almost two years, I’ve worked with members of the House and Senate to shape my integrity commission bill.

I’ve also had constructive discussions with countless other members in both Houses.

As an independent, my office door has been an open door.

My bill is also a true work of collaboration.

It is a consensus approach, with public hearings when in the public interest. It’s retrospective, and it allows for public referrals. It also protects against vexatious claims and allows for true exoneration.

This bill is gold-standard.

Those are not my words. They are the words of the finest legal minds in this nation, from former Justices of the High Court, to leading academics and ethicists.

They all support the passage of this bill right now.

This is the integrity commission our country deserves.

I call on all Members of Parliament, wherever you sit, who believe this Government has got its priorities wrong, to support this motion today.

Do not remain silent.

This is not about political point scoring.

This is not about partisan politics.

This is about each and every one of us doing the right thing, on all sides of this House.