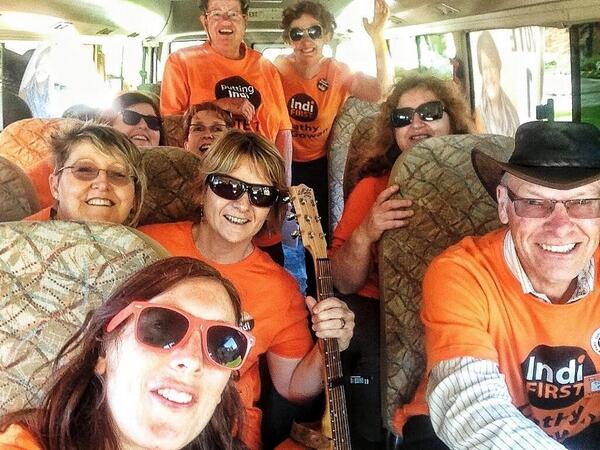 
See Tom’s calculations of how McGowan might win Indi.

Question: Now what are we doing today, I see that you are rallying  behind one of the local candidates, what can you tell me?

Jasper: Tegan, this has been a big issue as far as I have been concerned in relation to the election in the seat of Indi. When Cathy came forward as an Independent – and I know her well, know the family very well because they have got close connections to Rutherglen where I live – my concerns were getting proper representation out of Indi, And so I think she is working very well and working very hard to make sure people understand what the issues are here in Indi and to hope we can get the best representation going forward into the next parliament.

Question: So is it fair to say that you have been unsatisfied with what Mrs Mirabella has been doing?

Question: A few people have come out today and said it is a bit weird that you have decided to back Cathy, what do you have to say about that?

Jasper: I don’t see that it is weird. As far as I am concerned it is two and half years since I left the Victorian Parliament after over 34 years as the member for Murray Valley. But I’m a voter within the electorate, I’ve got opinions, I’ve got views and many people have shared the views that I have expressed to you a few minutes ago and they have concerns with the representation we are receiving within the electorate of Indi.

Question: So you don’t see this as a conflict with the Nationals agreement with the coalition?

Jasper: Well, some people may, but I don’t see that. In the National Party we have had people with individual views and they can put those individual views forward and when I was in the parliament I was often was in conflict with some of the things that we in the National Party and the Coalition did. But I am entitled to those views and that is why I am taking that stand.

Question: Do you expect to lose any friendships over your stand here today?

Jasper: I don’t think so. I think that people know me, they know Ken Jasper. I think they will say Ken is standing up for what he thinks is the right way to go, and what he is doing. So my view is that will not be an issue.

Question: Have you supported Sophie Mirabella in the past, seeing that she has been around about 10 years?

Question: You haven’t? So there was never a turning point?

Jasper: I have been the strongest conservative and I have strongly supported the National Party and Liberal Party in that coalition arrangement, but no I have not supported the federal member.

Question: Is there anything in particular in Sophie’s performance that has concerned you?

Jasper: I don’t want to get into that particularly, except to say that from our point of view and my point of view, I want the best representative possible to represent this area and to be able to be part of the people, that’s the issue. I think as far as I am concerned I think we need to have a look at all the candidates and I think that Cathy should perform very well, I know her well and I know the family well and I am sure she will be very dedicated if she wins the election.

Question: Some people have suggested earlier on in the campaign that Cathy was encouraged to run with the backing of the National Party to begin with? Do you have anything to say in regards to those rumours?

Jasper: That is absolutely not true, there is nothing in that. I have spoken to Cathy in the earlier part, not, since she decided to stand that is, and we have had no input into that at all from the National Party. But  people, voters, will make up their own minds in the finish. I think the election in Indi is going to be a very good election because what we are seeing now issues being brought forward that have never been looked at before, never been considered often, and I think we want to make sure that we get appropriate representation here and response to the issues which we see as a concern to us.

Question: Do you think she can win?

Jasper: She is certainly going extremely well and it is hard to predict these things. Performing extremely well, and getting strong support across the electorate. The electorate sees that there should be proper engagement, there should be a proper discussion of issues, and that is happening. That hasn’t happened here for many years. I’m not saying it should be a marginal electorate, I don’t support that idea particularly. I want the best member we can get for Indi.

Tom Anderson (NoFibs) Do you think this grass roots politics might be a template for a way of going forward for other electorates in the future to copy?

Question: The list of names that was put out today, there are prominent doctors and business people but also a few National Party names. Is this something you have had discussions with, with people who have been supporters of yours over the years?

Jasper: The answer to that is no, not directly. Maybe I have had discussions with a few, but people are making their own minds up, They’re telling me that we need to get proper discussion, where people put forward their views and we can get people really thinking about what is going on and not take things for granted. This area has been taken for granted, no longer can it be taken for granted. That is a good start as far as I am concerned and it is certainly proving that way too.

Question: Just finally Ken, as a very experienced campaigner yourself, what sort of advice have you given Cathy for the long road?

Jasper: It is interesting because I have spoken to Cathy on a number of issues, one of the key ones I said is, you don’t say you are the best candidate, you say you believe that you are the best candidate. That’s a small one but the other thing is listen to people. I learnt very early in my political career that when you meet people they tend to tell you what they want to tell you, and I trained myself to say, ‘Well what do you think?’ You have got to be responsive and I think Cathy is doing that, she’s going around listening to people and responding, that is the issue. 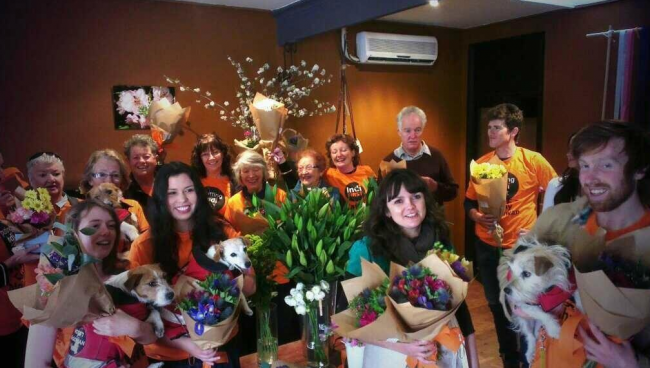