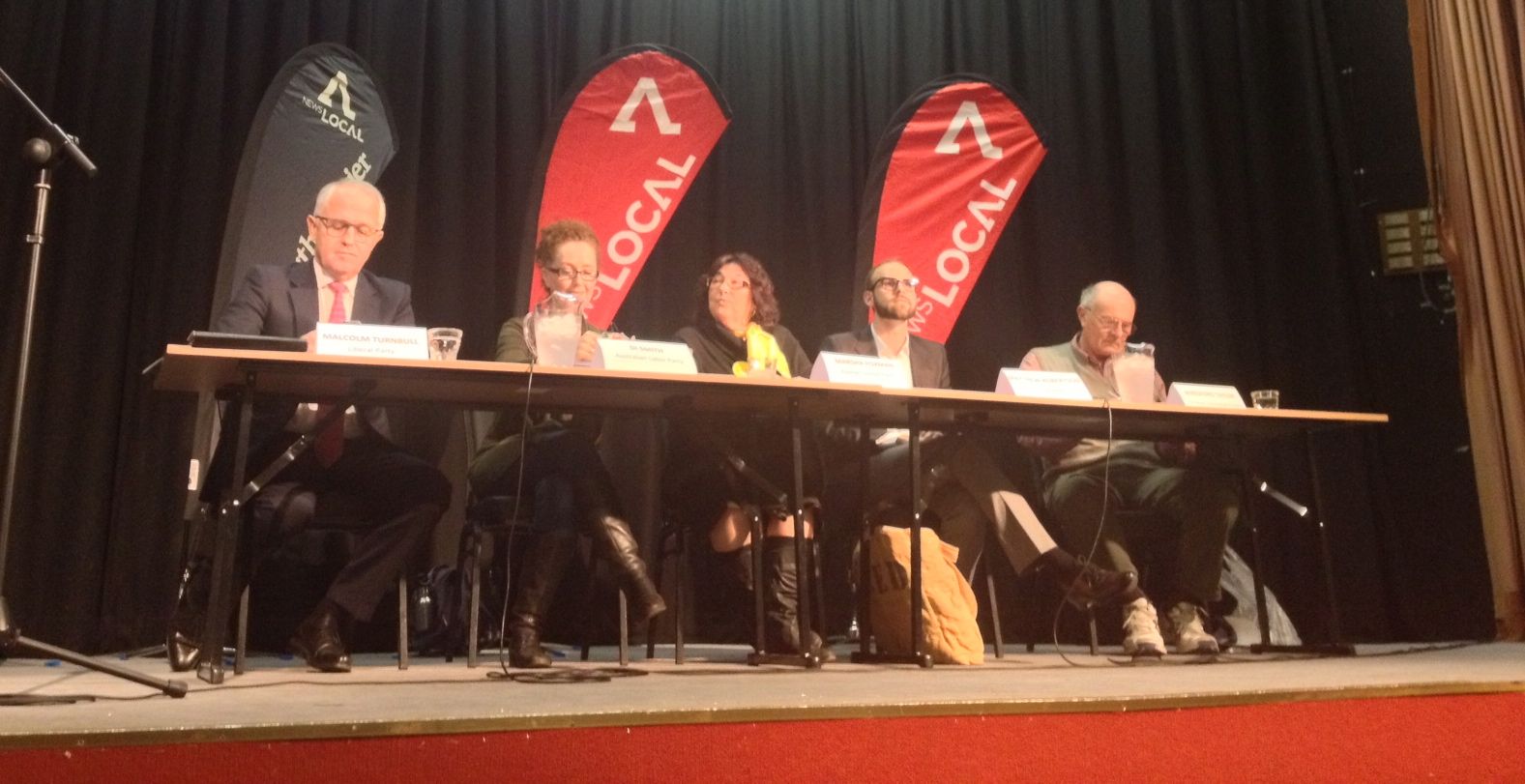 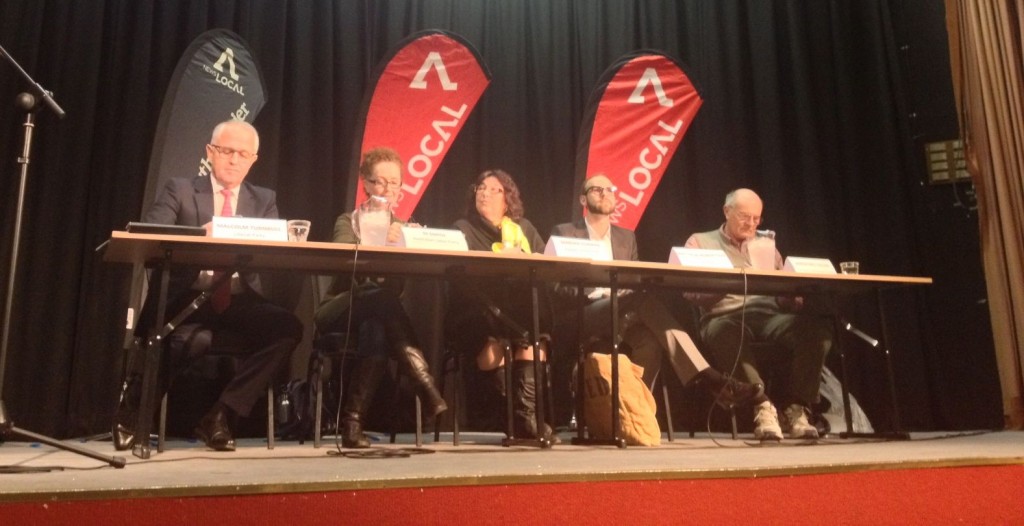 Wentworth candidates on stage at the Paddington RSL

With three minutes to go, all candidates except one were seated on the stage in the Paddington RSL in Sydney’s east. With one minute remaining, Malcolm Turnbull arrived and took his seat. A kind of hush fell over the room.

The candidates each made brief opening statements, then fielded questions emailed to the newspaper and took questions from the audience.

The first o speak, the Christian Democratic Party’s Beresford Thomas, focused on modern Australia’s Christian heritage. He also ventured into an intriguing examination of the Light Horse Brigade and likened the major party candidates to muppets.  Thomas, resplendent in joggers paired with casual slacks, concluded by saying: “The Lord says, ‘I will make a way where there is no way.’”

Marsha Foxman said that if Clive Palmer could set up a party with more candidates than the Liberals in just three months, think what he could do for Australia. She described the major parties as a duopoly and said she would like to see conscience votes on all social matters.  Finishing with remarks on the importance of infrastructure, she invited citizens to her own personal forum to be held at the Royal Oak Hotel in Double Bay on Tuesday night.

Matthew Robertson said a shift to the Greens in Wentworth would send a message to the nation about what mattered to people in Wentworth. He said the major parties had “leapfrogged to the far right”. He covered the established Greens positions on renewable energy and Australia’s high carbon emissions and vulnerable environment. In an electorate with a high gay population, Robertson said the Greens were “desperate” to achieve marriage equality. 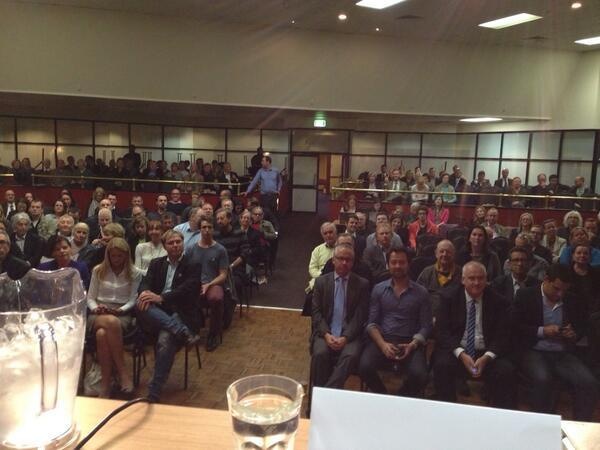 The view from Malcolm Turnbull’s chair

Di Smith and Malcolm Turnbull covered the positions of their respective parties, but were drawn out in answering questions put to the candidates.

Asked “why Rudd?” for leader, Smith said Labor “elects the leader that’s right for the time”.  Turnbull was asked, as he always is, about the Liberal leadership. He reminded the audience that this was not the United States and not a presidential race nor a popularity contest. Turnbull said the coalition had operated as a stable team, in contrast to Labor’s “pretty fractured group”.  He emphasised the difficulties Labor had experienced by trying to run the country out of the prime minister’s office rather than the cabinet.

Matthew Robertson was passionate about refugees and said he’d like to see a “humane and affordable” policy where “safe pathways” are made for refugees regionally.

The discussion was enlivened by debate about national broadband network. Turnbull described Labor’s planned NBN as “one of the greatest scandals of our history” and a “conspiracy against the poor”.  Smith said Turnbull was promoting a network for the present but didn’t consider the future.  Turnbull said the coalition plan, incorporating VDSL technology, was in line with future plans and successful NBN-style implementations by Deutsche Telekom, Swisscom, BT and AT&T.

Turnbull also said the Rudd government had withdrawn promised funding for the North Bondi Surf Club, in what he described as an “act of spite”.  The issue is personal for Turnbull as he’s been associated with the club all his life, swimming at the beach with his father as a child.

Considerable mirth was generated by Beresford Smith’s comments on a climate change conspiracy led by Al Gore. When he invoked the wisdom of Lord Christopher Monkton on climate change it sent the audience over the edge and into laughing out loud. Turnbull was chuckling with Smith in a rare act of Liberal and Labor unity, though Matthew Robertson did not see the humour.