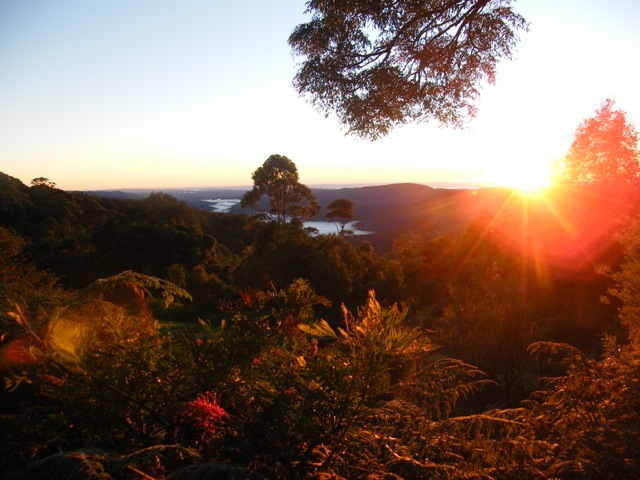 I live on top of a mountain on the edge of Lamington National Park, the largest protected subtropical rainforest in the world.

It is on the eastern edge of the Scenic Rim region, a Local Government Area (LGA) in south-east Queensland covering 4256 square kilometres.

We live on the edge of the McPherson Overlap where the southern tip of Queensland’s tropical rainforests meets the northern reach of Australia’s southern temperate forests.

It’s one almighty edge here and when ecological edges meet, expect extraordinary relationships, mind-blowing diversity and loads of novelty as ecosystems as species connect, interact and evolve in unpredictable ways.

That’s why this place teems with life and that’s why the Scenic Rim region includes some of the most biodiverse and beautiful ecosystems in the world.

Other national parks in the Scenic Rim are:

Conservation Parks in the Scenic Rim are:

Council Reserves in the Scenic Rim are:

Inexplicably, in this region of largely intact ecosystems, mosaic of farmlands and tightly knitted rural villages, 80 per cent of the Scenic Rim is currently covered by a blanket of coal mining and coal seam gas (CSG) exploration permits.

We learned this shocking fact in early 2011 when the Beaudesert Times broke a story about the emerging threat of coal mining in the extraordinarily beautiful, biodiverse and close-knit community of Barney View in the foothills of World Heritage Listed Mount Barney.

For a few weeks we reeled with disbelief. Then we grieved. Then we researched and got informed. Then we got angry. Then we started fighting back and defending our beloved, biodiverse home.

The regional group Keep the Scenic Rim Scenic was formed to spearhead the campaign through a diversity of activities including political lobbying and advocacy, community and business awareness-raising, connection with Traditional Owners, research, blockading, media campaigning, public protest, networking with neighbouring regions also fighting the onslaught of mining and CSG, ‘Locking the Gates’ of properties throughout the Scenic Rim via signage and stickers, activating key local business networks including farming and tourism, and so much more.

After about 18 months of intensive, relentless, exhausting campaigning we had some success.

Scenic Rim Regional Council produced one of the first local government submissions to the Queensland State Government asking that our region be exempt from coal and CSG exploration and mining.

In 2012 the Liberal National Party (LNP) won government in Queensland and after more intensive lobbying from our region it eventually crafted a political promise to the effect that ‘there will be no inappropriate mining or coal seam gas mining allowed in the Scenic Rim’.

Legislation, however, has not been changed to reflect this political promise.

Since that time the people and communities of the Scenic Rim have held an uneasy truce with the Queensland Government and kept close watch for any mining-related activity in our region.

We are also watching the invasion of CSG and mining in communities like Tara, Chinchilla, Gladstone and across the Darling Downs. The industrialisation of rural and regional Queensland communities and the destruction of ecosystems is horrific.

We are watching people, communities and regions across New South Wales as they proactively blockade, rally, lobby, research, learn, lock their gates, lock their communities and lock their regions against every attempt by the NSW State Government and mining/CSG corporations to introduce, consolidate and expand coal mining and CSG in that state.

We are watching as the newly-elected Federal Government peels back legislative layers of environmental protection across the country, leaving our communities and natural areas increasingly vulnerable to resource extraction, social and ecological destruction, and climate change.

And we are worried. Very worried. We are beginning to stir again and look for the loopholes in the political promise that could open the floodgates to mining into our region. 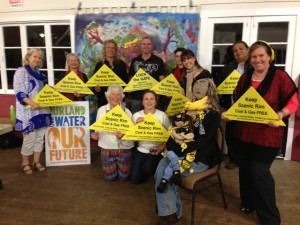 Over the weekend of October 25 and 26 2013, activist-musician Paul Robert Burton hosted two community concerts in the Scenic Rim communities of Canungra and Tamborine Mountain about CSG and mining where he also screened the new documentary Fractured Country by the Lock the Gate Alliance.

Some 100 residents from around the region attended the events and we watched them go through the same emotional process of early 2011: disbelief, grief, getting informed, getting angry, getting engaged and active: all in two hours of music, movie and discussion.

We see the fragility of that political promise and the continuing juggernaut of government and corporate industrialisation around Australia. We are watching and we are beginning to stir again. We will continue to bar the gate to protect our beloved region from the barbarians.

“Now, every race owes certain duties to its descendants, chief among which is to preserve, develop and hand down the great heritage which has been given it. In what sense then, can a people have performed its duty if in years to come one of its descendants can say, ‘Oh yes, but where are those forests you talk of, those animals which were the wonder of the world, those birds that scientists came from the four corners of the world to see, that scenery which you say had no peer?’ Great that nation whose men can put their fingers on the map and say, ‘Here and here and here you can see Nature undisturbed. Nature in the same guise as when your forefathers came here, a facsimile in fact of Nature on Creation’s morn.’

“Here, alone in the whole of Queensland (and when the Tweed and Richmond scrubs have been cleared, alone in the whole world) is found one species of Lyre Bird, Menura Alberta; here are found all the scrub and forest trees of Southern Queensland, and all its birds, animals and insects; here are mountains rising up to just 4,000 feet above the sea, while the whole is blest with matchless climate.” (Romeo Lahey, Beaudesert Times, July 11 1913).