Using Thatcher’s death to rewrite history, past and present 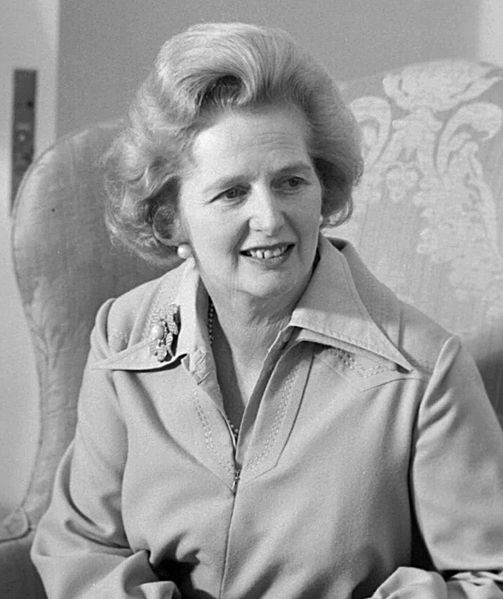 When Germaine Greer penned a piece on the late “crocodile hunter” Steve Irwin for the Guardian shortly after his death from a stingray puncture, it was followed by howls of protest from all parts of the globe. Greer ended her ‘barbed’ take on the much-loved ‘Aussie legend’ with:

“The animal world has finally taken its revenge on Irwin, but probably not before a whole generation of kids in shorts seven sizes too small has learned to shout in the ears of animals with hearing 10 times more acute than theirs, determined to become millionaire animal-loving zoo-owners in their turn.”

As a result, Greer was lambasted as insensitive, cruel and GASP, “unaustralian” for daring to write such a critique. Some called for her to be banned from entering the country again. The National Portrait Gallery replaced a picture of Greer with – you guessed it – Steve Irwin.

In such situations, the assumption is that we should never speak ill of the dead, even if those who have died have been major public figures and divisive ones at that.

Former British Prime Minister Baroness Margaret Thatcher was indeed one such public figure, who at the helm of the United Kingdom during the 1980s presided over policies which had huge impacts on the people she governed. Her passing last week led to a barrage of global tributes from political leaders of various persuasions.

In response, Australian Prime Minister Julia Gillard said that “as a woman, I am admiring of her achievements on becoming the first woman to lead the United Kingdom”.

Locally, conservative columnists took the opportunity to elevate the memory of Britain’s first and only female PM as a chance to sink the boot into Australia’s first and current female Prime Minister.

Under the headline ‘JULIA’S NO MAGGIE’, News Limited columnist Andrew Bolt lambasted Gillard’s response to the news as “pathetic and graceless”, as “Thatcher never sold herself as a victim or just a representative of her gender”.

Bolt used his column to have another spray at Emily’s List, a terrible organisation in the eyes of the Bolt’s of this world, which, god forbid, aims to support progressive women in political positions within the Australian Labor Party.

Referring to an Emily’s List function two years ago, Bolt quoted Gillard at the event as saying she “didn’t get here [to be Australia’s first female Prime Minister] alone … I think of all the women who made my journey possible … a century of activism by women of matchless courage and resolve.”

Bolt wrote that, “One prime minister saw herself as an individual; the other as a member of a collective. Thatcher’s strength, Gillard’s weakness.”

Uh huh. How dare Gillard pay tribute to the countless and nameless numbers of women who, over a century, have campaigned tirelessly for women’s participation and representation in public life.

In the longest of bow drawing, Emily’s List seemed to cop an extra load of mud slinging, extended to peppering the commentary of Australian conservative columnists in their tributes to Thatcher.

Miranda Devine joined Bolt, writing in the Daily Telegraph that “if the Australian Labor Party’s affirmative action/”EMILY’s List” regime had been in place in Britain when Margaret Thatcher was making her rise, she never would have reached the top.”

Um, well, no, for a start, Thatcher was in the opposing major political party in a country on the other side of the globe, during the wrong decade. And notice how EMILY’s List are suddenly responsible for a “regime”? Move over, Kim Jong-Un.

Devine again: “Even with a woman in The Lodge, EMILY’s List continues to up the ante. Having almost reached its goal of 40 per cent of women in the parliamentary Labor party, it is pushing for 50 per cent”.

Fifty per cent!!!! Sheesh, we feminists ask for too much. Now that we’ve got a female Prime Minister, we can fold up our purple, green and white ribbons and equal pay and political representation placards and pack them away for good. And God forbid the women of Australia would like their population representation reflected in the proportion of people elected to govern us.

While the Australian’s Niki Savva didn’t draw EMILY’s List kicking into her column on the late Margaret Thatcher, she still found the opportunity to put the boot into Gillard.

Savva pointed to Gillard’s recent response at the Foreign Correspondents Association before departing to China, in which the Prime Minister was asked a question about the existence of misogyny in criticisms leveled against her. Savva quotes Gillard’s response:

“I think what I would say about being the first woman to do this job is a broader point, which is it’s not been ever the norm in our nation before for people to wake up in the morning and look at the news and see a female leader doing this job.

For all of the years before, you would see a man in a suit. I am not a man in a suit, and I think that that has taken the nation some time to get used to.

I think it’s probably still taking the nation a bit of time to get used to. I think it’s the same sort of journey that many other nations around the world are on, and it speaks really to the changing nature of our times, and the forward progress for women in societies like ours.

But it’s got some uncomfortable moments along the way, there is no doubt about that, and I feel one of the things that will certainly happen, having had the first female prime minister, is it’s going to be easier for the second and then it’s going to be easier again for the third, and then everybody will get over it and forget about it and no one will even bother to comment any more whether the images of leadership in our nation that particular year are images of female leadership or male leadership.”

Savva then lists a number of non-western countries with women in leadership positions, who never “complained they were the victims of sexism and misogyny”, and speculates:

“It is impossible to imagine for a single moment prime minister Thatcher, or any of those other women leaders, saying anything remotely like Gillard said at any time and certainly not as they prepared to fly out to meet one of the most powerful men in the world.”

Don’t you just love that last bit. Savva went on to conclude that “Gillard likes to talk tough, and there the similarity with Thatcher ends, because when it gets really tough, Gillard ends up hiding behind her own petticoat.”

Huh? This last part is mildly amusing in that surely if anything, over the last few months in facing relentless criticism from all quarters, Julia Gillard has demonstrated she is one tough cookie.

While it was ok to kick the first Australian female PM in many tributes to the late first female British Prime Minister, it was sacrilegious to say a bad word about one of the most divisive world leaders in modern politics.

Cue Glenda Jackson. The British Labour MP for Hampstead and Kilburn and former actress (winner of two Academy Awards), caused a few waves last Wednesday when she delivered a scathing critique of the Thatcher years during a special parliamentary debate in Britain’s House of Commons.

“When I made my maiden speech a little over two decades ago, Margaret Thatcher had been elevated to the other place but Thatcherism was still wreaking, as it had wreaked for the previous decade – the most heinous, social, economic and spiritual damage upon this country, upon my constituency and my constituents,” Jackson said in launching her speech. She outlined social impacts of the Thatcher years, particularly in health, education and in homelessness.

She also talked about the “spiritual” damage during Thatcher’s decade of power:

“Everything I had been taught to regard as a vice – and I still regard them as vices – under Thatcherism was in fact a virtue: greed, selfishness, no care for the weaker, sharp elbows, sharp knees. They were the way forward … People saw the price of everything and the value of nothing.”

Jackson also warned that “I’m beginning to see possibly the re-emergence of that total traducing of what I regard as being the basis of the spiritual nature of this country, where we do care about society, where we do believe in communities, where we do not leave people to walk by on the other side.”

It’s captivating viewing, not least because the further Jackson goes in delivering her critique, the louder the jeers can be heard from the Conservative benches, and all the while Jackson remains cool and calm in her delivery.

Of course, there were immediate objections to Jackson’s speech, the first coming from Conservative Sir Tony Baldry across the Chamber, who tried to get the Speaker to rule that Jackson’s speech was out of order. The Speaker refused to oblige.

Jackson has been criticized widely for her comments, but also praised for being a “conviction” politician – in that sense, not unlike Margaret Thatcher. She has since said she has received thousands of emails, running approximately 10-1 in her favour. She has also said that she “spoke up because history has been rewritten over the past week”.

The phrase ‘do not speak ill of the dead’ originates from the Latin ‘De mortuis nil nisi bonum’ (“Of the dead say nothing but good”), and can be attributed to Chillon of Sparta, from 6th Century BC. Whether it be following the death of crocodile hunter Steve Irwin, or British PM Margaret Thatcher, it continues to have currency in our modern times.

Surely we owe it to history to provide a variety of reflections – a spectrum of opinions – on public figures after they are gone. And sure, respect should be afforded to the dead, but not at the expense of rewriting history. And not at the expense of kicking other public figures who are still alive to death, figuratively speaking, just because someone else’s passing provides a cheap opportunity to do so.