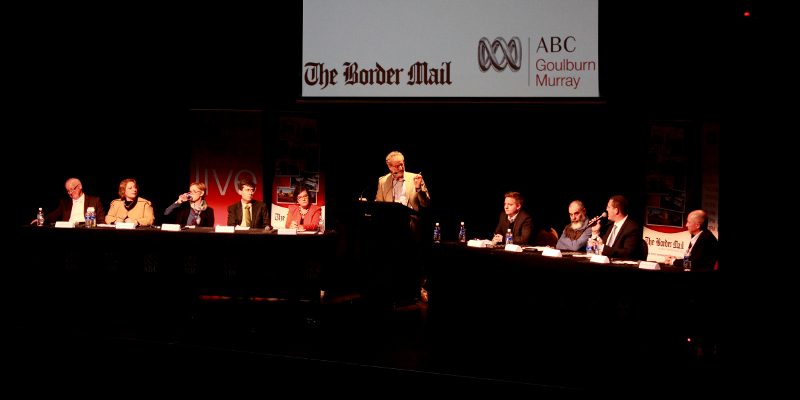 [dropshadowbox align=”none” effect=”lifted-both” width=”auto” height=”” background_color=”#ECE9D8″ border_width=”1″ border_color=”#dddddd” ]Speaking to ABC radio on Tuesday morning, Mirabella said the forum failed to raise “any questions about what I think the top issues of concern for Indi are”, which she said were jobs, infrastructure and roads. Excerp from The Guardian – link at end of story.[/dropshadowbox]The ABC Goulburn Murray (@ABCGM), The Border Mail (@bordermail) #Indivotes forum was held on Monday night at The Wangaratta Performing Arts Centre.

The Only candidate not to attend was Rise Up Australia candidate, Vincent Ferrando.

Jon Faine: “Wonderful to see democracy in action.” Not ruling out appearance of Mr Ferrando. #IndiVotes

Is the @RiseUpAustrali1 party gaging their Indi candidate “…since your new, you shouldn’t speak much anyway”? #indivotes

Our Indi forum is underway with a full house at Wangaratta PAC #indivotes pic.twitter.com/kMVxNtra4O 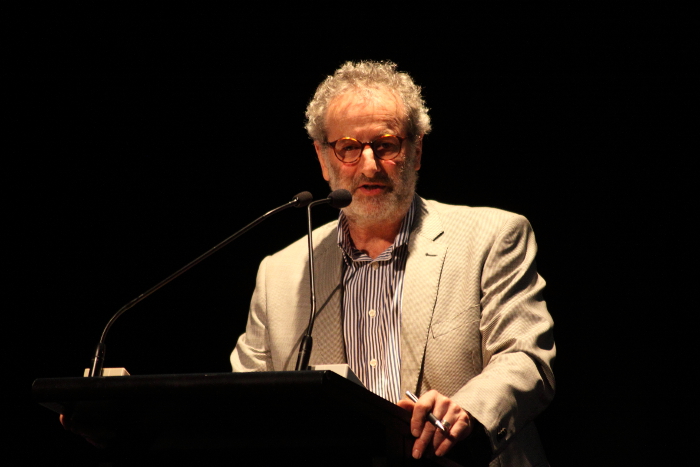 Each candidate has two minutes to make pitch to voters and then the fun bit, the questions from the floor. #indivotes

Lappin: my plan for Indi is to reignite the decentralisation concept, build a solar station, expand agroforestry industry #IndiVotes

#indivotes Alan Lappin will support Labour in a hung parliament! 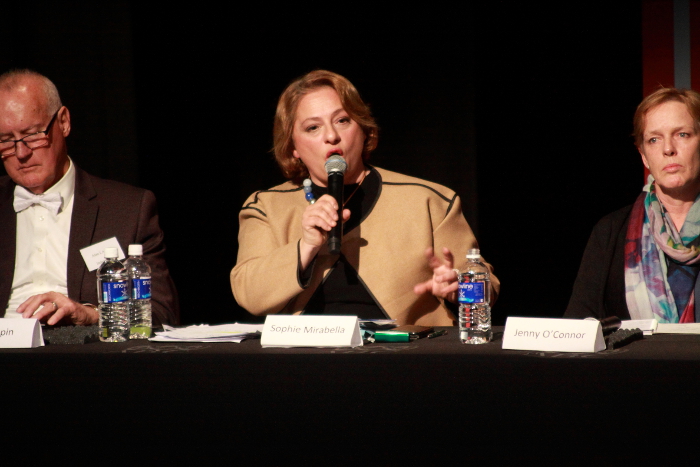 “I’m yet to hear a Liberal politician mention it in their policy speeches” – Jon Faine brings up that old topic of the ABCC. #indivotes

“Young people are not our future, they are our now” – Eric Kerr #indivotes 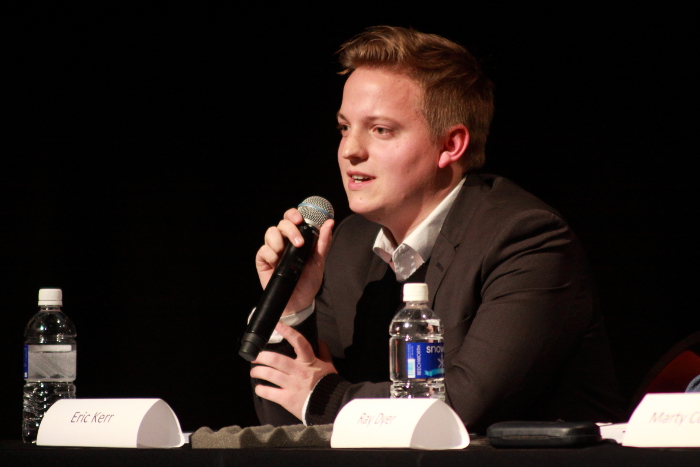 Like last week’s forum, Julian Fidge is the only candidate to stand during his speech. #indivotes pic.twitter.com/oNziw9VgWh 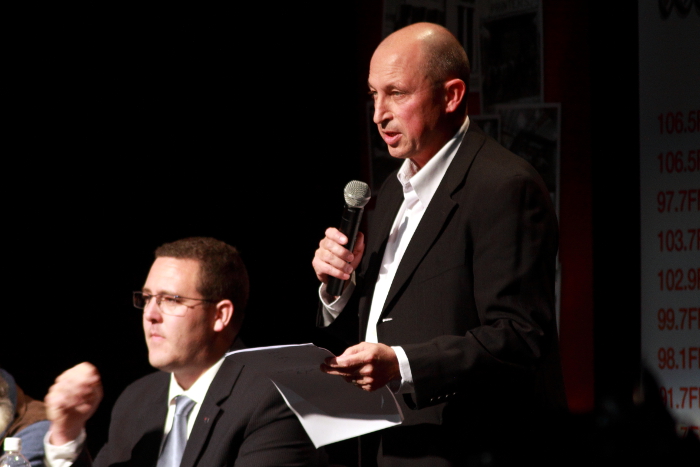 @ABCGM Tim Quilty will get rid of political correctness?? Cuts to the majority of welfare recipients who shouldn’t get it?? #indivotes

#indivotes what a dickhead just came from the audience

Tim Quilty rolls out some bizarre thoughts. From the audience someone yells: “You’re a goose Tim”. #indivotes @bordermail 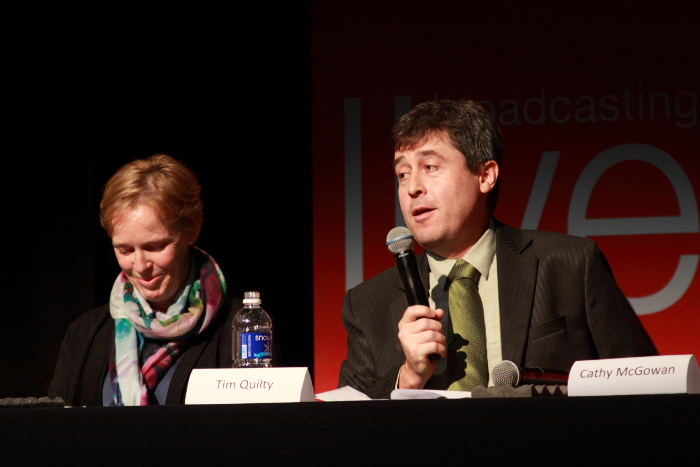 There’s quite the Cathy McGowan contingent here tonight – massive round of applause as she’s introduced. #indivotes

That issue of McGowan’s voting record has come up again. She’s more fired up this time – defending times voted against the govt. #indivotes

By questioning @Indigocathy‘s voting record, Faine gives her the chance to highlight she puts Indi 1st, not any political party #indivotes 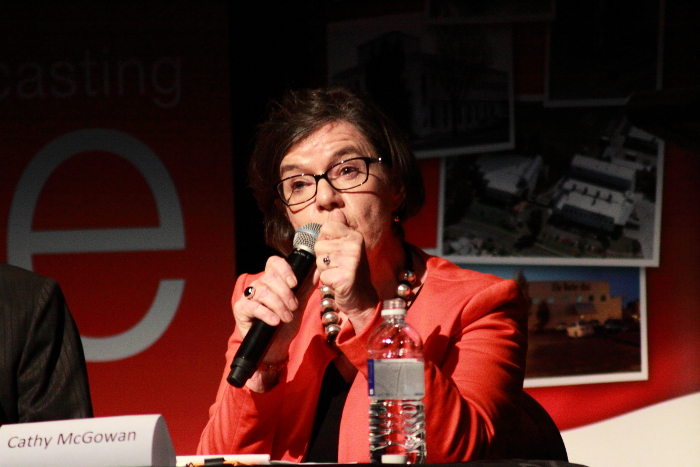 @Indigocathy refuses to answer which side of politics she would support in a hung parliament… 3 times! #JustAnswer #IndiVotes 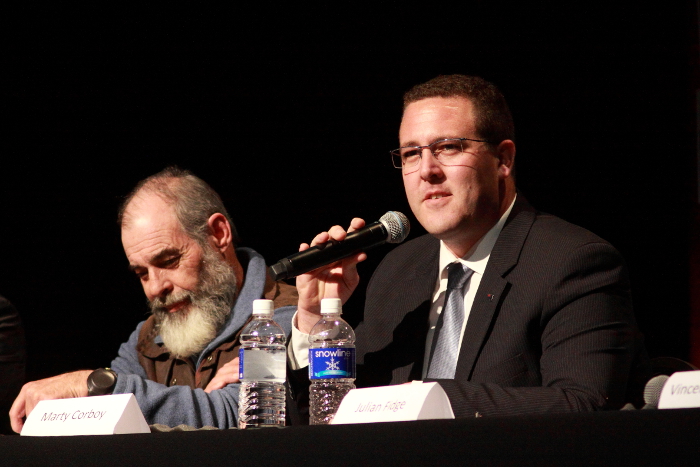 @martycorboynats ‘I’m one of 10, my wife’s one of 8, Cathy’s one of 13’ local, large families are a big help with campaigning! #indivotes

#indivotes Ray Dyer speaking now. He stands for doing the best you can . He states he is community orientated

#IndiVotes Dyer: there is no difference between local, state, federal levels We should work together. pic.twitter.com/orBAevQaVP 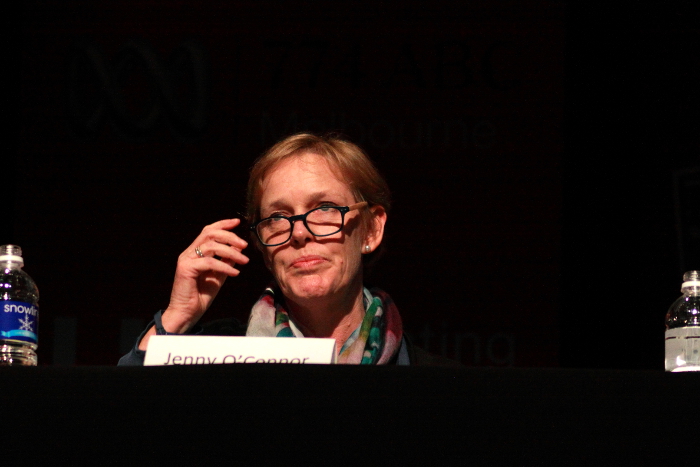 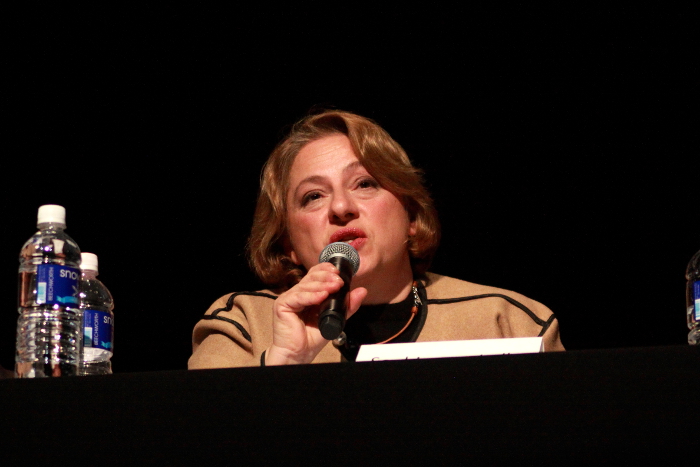 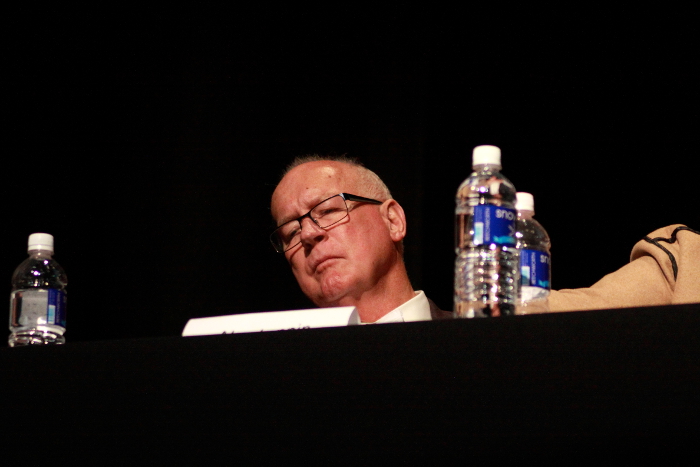 Independent candidate Alan Lappin didn’t get to say very much at all beyond the opening addresses. Phoyo: @jansant

@ABCGM @Indigocathy on issue of TPP -on balance in favour. Wants to be a member of an international trading nation #indivotes

The first qn from an undecided voter – regarding penalty rates. @MirabellaSophie says her view is penalty rates are needed #indivotes 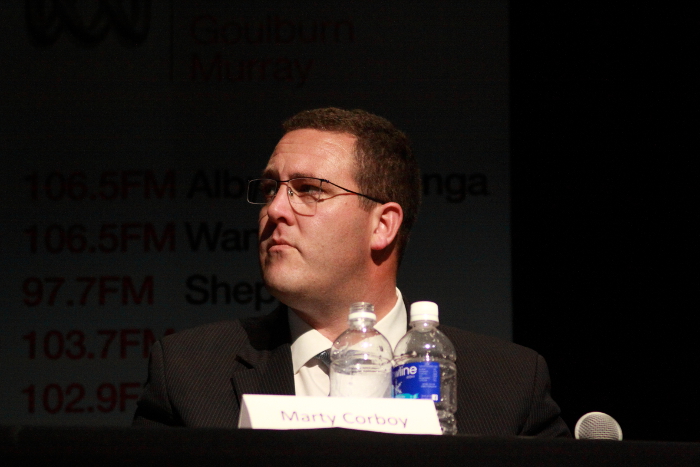 National candidate Marty Corboy looking a little apprehensive after strong dissaproval from the crowd about some of his views, Photo: @jansant

Jon Faine points out that most questions have been asked of McGowan and Corboy. Indicative of the real election battle? #indivotes

Man this crowd is stacked – where are the questions on infrastructure, jobs, education, health? #indivotes

“What I share with Tony Windsor is we’re both independents in rural Australia” No collaboration at all. @Indigocathy #indivotes #moveon

“excruciatingly difficult” – I think Mirabella is putting this in the too-hard basket.#indivotes @ABCGM

That’s a wrap! #indivotes forum done and dusted. Tune in for #Faine broadcast from Wang tomorrow 8.30-11am pic.twitter.com/GTCUngMHnk 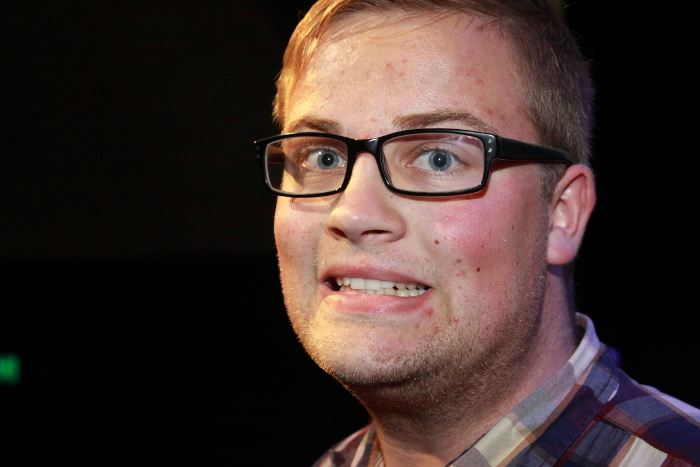 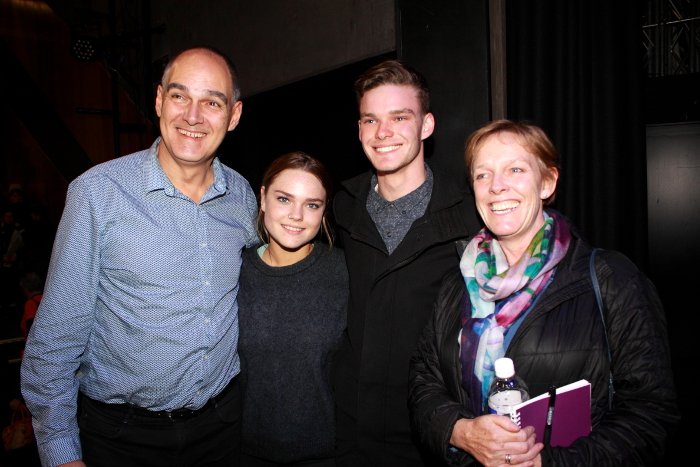 Greens candidate Jenny O’Connor with her family after the forum. Photo: @Jansant 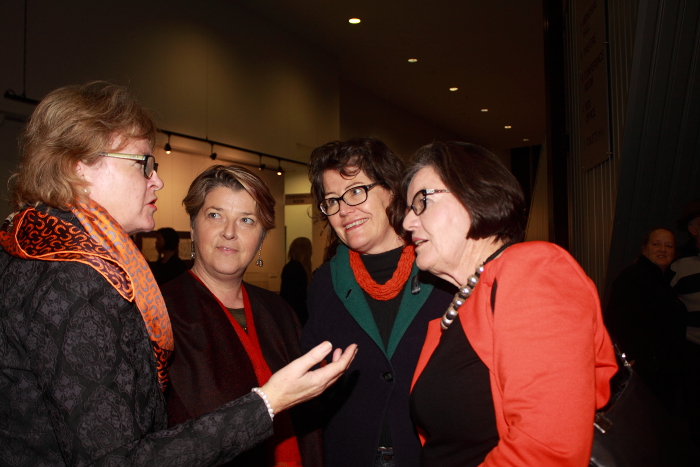