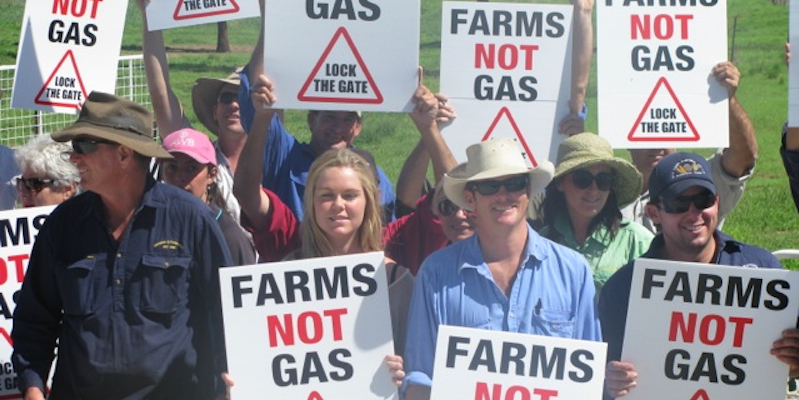 Journalism student at University of Technology, Sydney
I am from Sydney, but I’m a country girl at heart. Whenever I can I escape to spend time with my horses and the open sky. I spent a year living in London and that experience has changed the way I view the world and Australia. I am interested in people and I write about the things that change them and the world around them. The most important thing is telling people the truth.

First year journalism students of the University of Technology, Sydney, are required to undertake field work as part of their degree. ‘News Day’, as it is known, consists of the subject co-ordinator and tutors finding stories for students, sending them off to investigate and write the story up according to a deadline. The subject co-ordinator asked who would be willing to travel west of Sydney for a story, and there were four volunteers. “We were required to drive to the Leard State Forest to uncover four angles on the same event,” one of the students, Carly Wladkowski, said. “The discovery of stories required us all to be open with communication forms, such as Twitter and Facebook, to allow us to find sources and arrange meetings. It was a rewarding experience, learning how to capture and bring the issues of others to the public.”
[clear]

A group of farmers and councillors met last week in north-west NSW to take a stand against a Coal Seam Gas (CSG) development proposed in the area. Narrabri Shire councillor Bevan O’Reagan said: “We haven’t got a plan B if the water is damaged.”

Australian gas and oil producer Santos last week submitted its Preliminary Environmental Assessment for a CSG mine in the Narrabri region. This submission follows the successful application by coal company Whitehaven, to increase open-cut mining in the nearby Leard State Forest.

The northern plains region is known for its abundance of coal and gas and lies on the eastern edge of the Great Artesian Basin. The contamination of this aquifer by salt and heavy metals, such as mercury, would have a devastating impact on local agriculture and native flora and fauna.

“From our grazing point of view it [bore water] is 100 per cent of our water,” local farmer Rob Vickery said, “if the water’s damaged then the land’s damaged.”

One of the greatest concerns expressed at last week’s meeting was that excess water produced by CSG mining contained high amounts of saline and some poisons and heavy metals and these would contaminate the bore water. Both Santos and Whitehaven have released impact assessments outlining their intended management of water.

In a public booklet Santos said: “The water we extract during our operations is saline.The water does not contain significant levels of other chemicals.”

Famers were also concerned that through their mining Santos would lower the groundwater level by up to 20 metres.

However, Santos stated that through their “Managed Aquifer Recharge” they will be able to inject treated water from mining back into the aquifer system, thus “mitigate[ing] potential impacts arising from GSG well groundwater abstraction.”

Dayne Pratzky, an environmental activist and farmer from Chinchilla in Queensland was doubtful. He said: “[they] can’t take the water away and have no consequences”. Mr Pratzky also said that similar issues arose with CSG mining near his property in Queensland and that “they are talking salt piles 11 kilometres long, 40 metres wide and 30 metres high.”

Whitehaven’s proposed open-cut mine at Maules Creek a similar concern about water treatment has been raised. The new mine, to be developed in the centre of the Leard State Forest, has received comment over the conservation and treatment of threatened and endangered flora and fauna.

Whitehaven’s ecological impact assessment stated that: “No groundwater dependent ecosystems have been identified within the project boundary,” however, environmental activist from the Leard Blockade, Murray Dreschler, is still worried.

He claims that Whitehaven have stated “that they will drop the water table by ten to fifteen metres for a thousand years.”

“The biggest concern is water,” Mr Dreschler said, “without water everything dies.”

Both Santos and Whitehaven were contacted for comment and both companies declined.